If life has tought me one thing, it’s appreciating that my wife is the one going to the supermarket on a weekly basis. It’s not that I am unwilling to help her, it’s the fact that she has become so good at spotting the difference between Dutch peas and French petits pois, that I feel completely overwhelmed and useless when I try to help her out. On the rare occasions when she does send me out on “Mission Impossible” at the local Jumbo supermarket, I usually end up frantically talking to her on my cell-phone, pleading for help because not knowing whether I should buy a yogurt infected with Bifidobacterium. Hopeless, I admit – but I’ve got a feeling that I’m not the only one. The next time you go to your local supermarket, just take a look to see how many lonesome men stand petrified in front of the deep-freeze rayon, absolutely glued to their cell-phones. 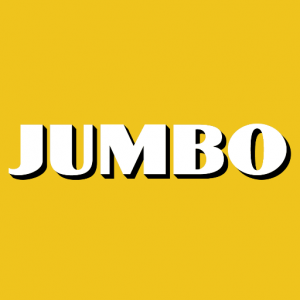 To tell you the truth, that’s not the only reason that I hate supermarkets. The real reason is that going to the supermarket forces me to make eye contact and interact with someone whom I hate even more than the poor employees working at the Inland Revenue building, in Rotterdam. I’m referring to the people in the supermarket who, whilst appearing to have all the traits that are characteristic of the human race, belong on another planet. Their brain seems to have gone on “stand-by”, the language they use is quite rudimentary when compared to a 3-year-old, and even with a till machine giving the answer to their very simple mathematical conundrum, still manage to short-change you. You’ve guessed it – I’m talking about supermarket cashiers. I may be just unlucky, in always landing the wrong one, but maybe not.

There are two types of cashiers you should know about. The first is, typically, a middle-aged housewife who has always dreamed of being Tesco’s CEO, but somehow never got further than till number 5. She tries to be nice, but just hasn’t got it in her. The second, comprises 16 year-olds, earning less than their weekly pocket-money, for staying hours on end behind the till and away from their PlayStation.

Cashiers have lost all interest and compassion for the customer, desperately trying to overcome the laws of physics. Stretching my arms out as far as I can, I am hopelessly trying to stop half a dozen apples accelerating over the automated conveyor belt that never stops. They race down the metallic inclined-plane at the speed of light and finally crash into the corner, squashing the most expensive strawberries bought in the middle of December. I desperately tried to save the strawberries but, as luck would have it, I found myself on the wrong side of the shopping caddy, and my outstretched arms failed to make contact. Instead of helping me, the cashier confirmed Newton’s second law of motion by kick-starting the bottle of French red wine which, heading for the same corner, administered the strawberries their “coup de grâce”. Instead of eating strawberries and ice-cream on a bitterly cold winter’s day, I had to make do with a smoothie.

You may have heard of “a wally with a brolly“. This historic piece of sarcasm, dating from 2007, referred to the England football manager Steve McLaren, trying desperately to motivate his team not to get knocked out of the European Championships by red-spotted Croatians, on a rain-drenched Wembley turf. He didn’t even get wet and cold, being protected by an umbrella in one hand, and soothed by a warm cup of cocoa in the other. His inertia that night resembled the inertia shown by the cashiers at my local Jumbo supermarket who would deserve the title, “dumbo at the Jumbo”. However, there is hope because Amazon may have found the answer.

Amazon have developed a unique kind of grocery store – Amazon Go. If the concept catches on, it could revolutionise the way we shop for our daily groceries by fully automating the supermarket. The philosophy behind the idea is simple – getting rid of queuing at the till and, more importantly, getting rid of cashiers. The technology used, based on that used in self-driving cars, is both ingenious and beautiful.

Every customer has an app downloaded onto a mobile device, be it tablet or cell-phone. The app is connected to a credit card and, upon activation in the supermarket, literally records and processes every movement the customer makes. Removing an item from the supermarket shelf is recorded by a sensor and the item is added to a virtual shopping cart, via the app. If the item is put back on the shelf, it will be automatically deleted from the shopping cart. On leaving the supermarket, the customer automatically receives an email containing a receipt for what he has bought, and the customer’s Amazon account will be charged. For Amazon, shopping for your daily groceries is simply, “no lines, no checkout – just grab and go.”

Amazon’s plans to open more than 2000 fully automated street side businesses in the US, thus competing with the current number one for these so-called “brick and mortar” grocery stores, The Kroger Company. The stores pride themselves in dealing directly and personally with the customers, which seems a bit hard to do if the whole store has gone digital. On the other hand, competing with Amazon would only be possible by eliminating human presence.

The prospect of robots taking over our jobs shouldn’t be the cause of any nightmares – just yet. We are still a long way from apocalyptic visions of cybermen creating havoc on every street corner. However, robots may be thinking otherwise. Not so long ago, Han and Sophia, two robots who show more signs of life than your average supermarket cashier, were casually discussing the very future of humanity and how robots – like them – could take over every job that’s going, in the very near future.

Financial experts are beginning to take these “guy’s” seriously, echoing what others did warn us about, long ago.

Any worker who now performs his task by following specific instructions can, in principle, be replaced by a machine. This means that the role of humans as the most important factor of production is bound to diminish — in the same way that the role of horses in agricultural production was first diminished and then eliminated by the introduction of tractors. – Wassily Leontief (1983)

Although Amazon’s project could threaten thousands of jobs at grocery stores, it represents just part of the problem for future generations. A recent report published by market research company Forrester, suggests that, by 2025, 7% of US jobs will have been replaced by robots or some other form of artificial intelligence (AI). The figure is reached after having taken into account job creations related to the new technologies. The report underscores the worries shared by former American president, Barrack Obama, as far back as 2011.

There are some structural issues with our economy where a lot of businesses have learned to become much more efficient with a lot fewer workers – Barrack Obama, NBC News 14th June, 2011

There may one aspect of being human, however, that even robots cannot take over – namely, having a sense of humour. Or can they? Scientists have managed to come up with a software package that would allow your favourite laptop to take the mickey out of you when you inadvertently spill your cup of cocoa all over your brand new white trousers. So, the next time you want to swear at your computer for the umpteenth time, you better unplug it first. Otherwise, it might just answer back.

For the late Stephan Hawking, all this AI must be controlled in order to avoid the possibility of mass destruction.

The real risk with AI isn’t malice but competence. A super intelligent AI will be extremely good at accomplishing its goals, and if those goals aren’t aligned with ours, we’re in trouble.

Hawking argued that the machines can become so clever that they may actually, “develop the ability to engineer themselves to be far more intelligent.” He may have had a point, but I get the feeling that humans are quite capable of mass destruction without the help of autonomous machines, or AI. In any case, be that as it may, although Amazon and others have the technology, Jumbo still has the cashiers, and that’s something I’ll have to put up with – at least for now.