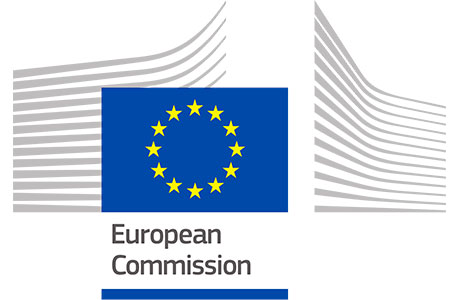 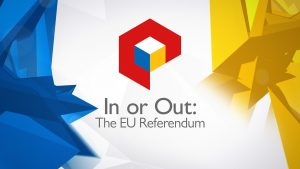 It’s ironic that former prime minister David Cameron put forward a referendum on Europe that now threatens the very nature of the parliamentary democracy that let him propose it in the first place. Of course, whether Cameron had any choice in the matter remains subject for debate. But the fact of the matter is that the UK parliamentary democracy has never been in such a fragile state.

The Referendum: A Poisoned Chalice

As a biological test lacking specificity and profuse with sensitivity, the referendum yielded too may false positives

The EU referendum can be likened to such a diagnostic test. Sensitivity, in this context, relates to way in which the referendum question awakens dark and hidden fears in an otherwise healthy looking individual. You thought he was OK until you sounded him out with the referendum question. Specificity refers to asking the following question: does someone vote against the EU because he is personally affected by it?

How does the EU referendum rate as a diagnostic test? Well, badly because it lacks specificity and abounds with sensitivity. Too many people voted against the EU without actually being affected by it. These voters would be classified as “false positives” in the medical world. Here’s an example of what I mean by false positive:

Mister Out is married with 2 children, on a badly paid job and voted Leave on June 23rd. Let’s ask him why:

On saying this he gets excited and starts waving his arms about. Also notice the double negative used in expressing his deep anger. Well, I told you that Europe is a sensitive issue. Mention the EU and British arms start flying. Our referendum test is really sensitive.

I want to know if our Mister Out is personally affected by the EU:

Well, not personally but I just want this country to be like what it was before we joined.

So, in fact, this gentleman votes for Brexit without being directly affected by the EU in the first place. No need to treat him, he´s not ill, he just thinks he is. The trouble is that he still got aroused and detected by our referendum test.

Nobody knows how many people like Mister Out voted in June, but my guess is quite a few.

Here’s another voter giving his reasons for voting leave. This guy is actually quite well off, lives with his Italian wife and 3 children in a beautiful house in North London.

I truly believe this the right way for the country to broaden and expand not necessarily instantly, but in time. I am a huge fan of immigration and will continue to be so, so that is not the reason in my nor plenty of other people’s cases. What must happen now is we must all pull together, regardless of how we voted and make the UK better for our children.

Well, maybe he’ll change his mind when his EU wife gets kicked out of the country or abused by UKIP yobbos. He’s part of the “cloud cuckooland” Brits who think that things will get even better outside the EU.

If you add to these voters  “disgruntled for no reason pensioners”, that´s how you get a 52/48 Brexit vote.

I grant you that what I have just written is a parody of what really happened, and may not be entirely accurate. But there is an underlying truth. The EU referendum, direct democracy in its purest form, has not only detected anti-EU feelings but caused them too. Without a referendum, business would have gone on as usual. On June 23rd, the UK was offered a poisoned chalice, and took it.

The Answer Lied Outside the Question

In a short post that I wrote shortly after the referendum, I suggested that the question posed on June 23 was too simple and also, for me at least, unanswerable. In posing a straight IN or OUT choice to the electorate, the referendum did not make allowance for nuances in people’s views on the EU. As is evident from my posts, the EU is almost an integral part of my DNA. Yet, despite this, I do have quite a few reservations about what shape the EU is taking. Lack of shape would be a better description, due to the chronic inability of the EU hierarchy to move the EU forwards in the right direction.

Know that every answer lies within you. Just listen.

The phrasing of the question “Should the United Kingdom remain a member of the European Union or leave the European Union?” must have suggested, to some, visions of the UK tied down and desperately trying to gain freedom away from continental oppression. Must the UK remain incarcerated or leave behind the memories of a frustrating past? I wouldn’t be surprised if some Leave voters actually dreamed about physically moving the British isles further away from continental Europe. The EU referendum on June 23 was only the third of its kind to be held in the UK. The first, over continued membership of the European Economic Community was held in 1975. The second, over an alternative voting system for parliamentary elections was held in 2011. Both these referendums resulted in a status quo and thus had no direct repercussions on the functioning of parliament. The 2016 referendum is the first that produces a direct clash between national parliament, a well established democratic institution, and an extremely rare popular vote. In 1945, Winston Churchill suggested that a referendum be held over extending the duration of the wartime cabinet until the war in Japan was over, but Clement Attlee, who formed a coalition government with Winston Churchill, refused.

“I could not consent to the introduction into our national life of a device so alien to all our traditions as the referendum which has only too often been the instrument of Nazism and Fascism.” – Clement Attlee

For the enlightenment philosopher Jean-Jacques Rousseau, the best form of democracy was one in which every citizen would regularly participate in the elaboration of laws. A nice thought, but not very applicable to large societies. I cannot imagine 40 million people having to attend assemblies to decide how to run the country. First of all, we would not have the time to do so, and, secondly, I very much doubt that we have the competencies to decide important issues on a part-time basis. Delegating  political and constitutional responsibilities on others, as in a parliamentary democracy, whilst not being perfect, allows our views to be represented by governing bodies.

The EU referendum was nothing more than a glorified opinion poll

All you and I can do is offer opinions, and what we base our opinions on, is entirely up to us. The result of the EU referendum, which was advisory and not mandatory, is nothing more than a “glorified” opinion poll. For the former socialist French prime minister Michel Rocard, a referendum is “a national excitement where we put everything into one pot. A question is asked, people ask themselves others, and come to vote based on reasons that have nothing to do with the original question.”  Furthermore, for such an important decision as leaving the EU, it was necessary to fix the required majority to a minimum of 60% in order for the referendum decision to have any chance of being valid. 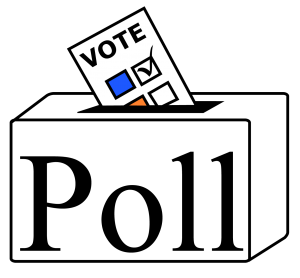 “The more grave and important the questions discussed, the nearer should the opinion that is to prevail approach unanimity.” Jean-Jacques Rousseau – On the Social Contract 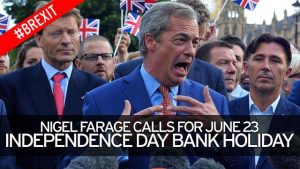 Given the fact that, in recent times, charismatic demagogues are increasingly being heard and listened to, it is becoming hard not to think that Clement Attlee’s views on the dangers associated with direct popular votes were not exaggerated. Nigel Farage, the exuberant Leave campaigner, designated June 23 as “independence day”. Independence from the EU or Westminster? The first is highly regrettable, the second highly dangerous.

It is now up to parliament to decide whether the referendum should “dictate” the constitutional future of the UK. Whatever the result, it is clear that parliamentary democracy has taken a blow on the chin. A blow delivered by a democratic tool of the purest kind that turned out to be a dangerous populist vote. It is up to parliament to get up, lick its wounds, and fight back, for the sake of true democracy.

Other extreme right-wing politicians, such as Marine Le Pen in France and Geert Wilders in the Netherlands, are also promising referendums on their country’s future in the EU. In order for parliamentary democracy in Europe to survive, the UK must be the first to show that despite the referendum, its national parliament remains firmly in control of the democratic process.