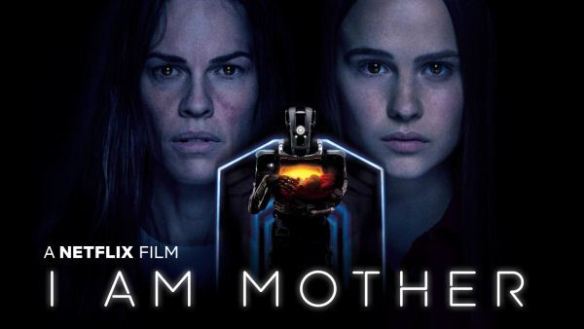 I’m not really a science-fiction fan and you can probably count the number of sci-fi films that I actually enjoyed and/or understood, with the fingers of one hand. My list is finite but does include Steven Spielberg’s Close Encounters which is certainly one of my best-loved films of all time. Since today, I can add another movie to my very short list of sci-fi wonders – Netflix’s “I Am Mother,” which is an enthralling mix of artificial intelligence, a mother’s tender and loving voice that would put even the most infuriating baby brat to sleep in under 3 minutes, and a generous serving of Kantian ethics and utilitarianism.

I am mother must win an oscar for the film with the best lack of actors. It’s incredibly shot and maintains suspense and intrigue despite the fact that there are only three actors in the whole movie, and one of them is a robot. But what a voice she has! Mother (Rose Byrne), is a robot designed to repopulate the earth after the whole of humanity has become extinct. Not having learned the lessons from the time when there was life on earth, she still insists on bringing up a teenage girl (Clara Rugaard), whom she just calls “Daughter” and who is the first of a new generation of humans to be raised by A.I., but still has the characteristics of… a teenage girl. Things seem to be going well until an injured woman (Hilary Swank) arrives with news that our perfect teenager is not alone in the world and that Mother is not all she seems, despite the voice. Haven’t you had that feeling with your computer?

Daughter I know you’re frightened but you do not need to be. Have I ever done you harm?

This film has “categorical imperative” and “utilitarianism” written all over it. In continually testing Daughter, Mother questions the nature of greater good, how to achieve it and at what cost. In true Kantian fashion our adolescent heroine has to answer 4 fundamental questions whilst being in an absurd situation – what can I know, what should I do, what can I hope for and, what is mankind? She has to constantly choose between instinct and knowledge and decide on which of the two can she trust.

After the intrusion of the wounded woman, Daughter slowly and sometimes painfully learns that parents are not always objective and infallible. “I’m governed by different parameters,” Mother admits, but “I’m a good mother.” Having realized that people and robots are capable of telling half-truths about their motivations, Daughter is confronted with the choice of staying in the safety of her own home and the promise of freedom and companionship in an outside world that she thought was out-of-bounds.

I am Mother is a timeless movie, addressing timely questions. It is also a stark reminder of how the symbiotic relationship between humans and A.I. may turn into one of mistrust and fear if the A.I. becomes almost too human.