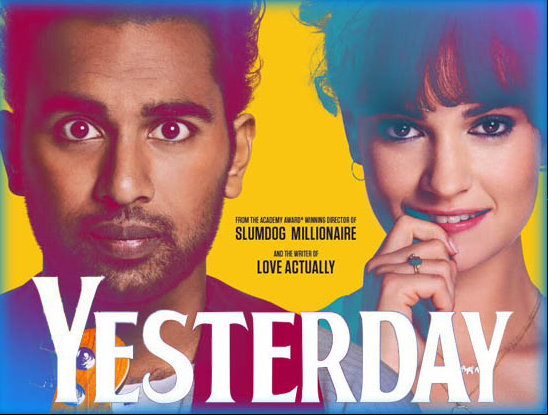 Yesterday will always be better that today and never worse than tomorrow.

It was a silly screenplay – the almost unknown  and even more useless musician and composer being knocked down by a bus, and then realising he’s the only one on the planet who knows about the Beatles. But the acting and film script of Danny Boyle’s 2019 movie, Yesterday, are irrelevant. The funny-at-times-script and not-always-convincing-acting were carried away by songs whose lyrics will survive as long as the verses of the best tragedies from Ancient Greece.

Maybe it’s my age that causes so much emotion when I listen to the same songs for the millionth time. Maybe it’s an urge to sit once again on the passenger seat of my late father’s blue convertible, driving along the Promenade des Anglais in Nice, in the South of France, in the absence of touristic hoards and viral loads. Of course, for nostalgic people like myself, yesterday will always be better that today and never worse than tomorrow; and there’s nothing spotty-faced teenagers can do about it. I’m lucky there aren’t many things in life that get me in such a state, but the entire Beatles collection is one of them.

It’s a sense of having belonged to an age comparable to the ice-age for the young people of today. An age when music was listened to on something that resembled a flattened Frisbee with a hole in the middle. They called it a Long Player record, or LP. If we were lucky, we could play an LP ten times before the odd scratch became audible.

I still remember my first record player – a huge grey box with a white facing, weighing just under a ton. “Bush”was its name. My parents had a Panasonic, a more sophisticated model that could also play cassette tapes. The entire machine was slim, elegant, and wider than our widest sideboard.

Nostalgia isn’t what it used to be, of course, but how can you not regret a time when the nearest telephone was, at best, in the living room and, at worst, a mile down the street, in a red booth that smelled of dog’s urine?

I suppose that having grown up with the Beatles makes me feel safe. At the flick of a switch, located somewhere in my brain, I can hum one of their songs, practically knowing all the words. Long departed, the Beatles remain  my musical grandparents, a comforting presence living in another time zone, but always there to soothe me, when present times are bad. But unlike real grandparents, the songs get stronger with advancing years, and never age as they emit cosmic energy through the speakers. It’s an energy that stops time in its tracks, and renders the perception of reality, unreal. I feel like I’m in a void, not listening to popular music of the 60’s, but to a timeless requiem.

The power of the Beatles makes my return to reality of present-day music and pandemics, so much harder. I have to wait for lingering vocals and resonating notes to dissipate the mist of time that has formed around me, and clings to the walls, stretching all the way from the living room to the kitchen. But the effort is well worth it. I get there in the end; and I always know I can return to Abbey Road whenever I want to.