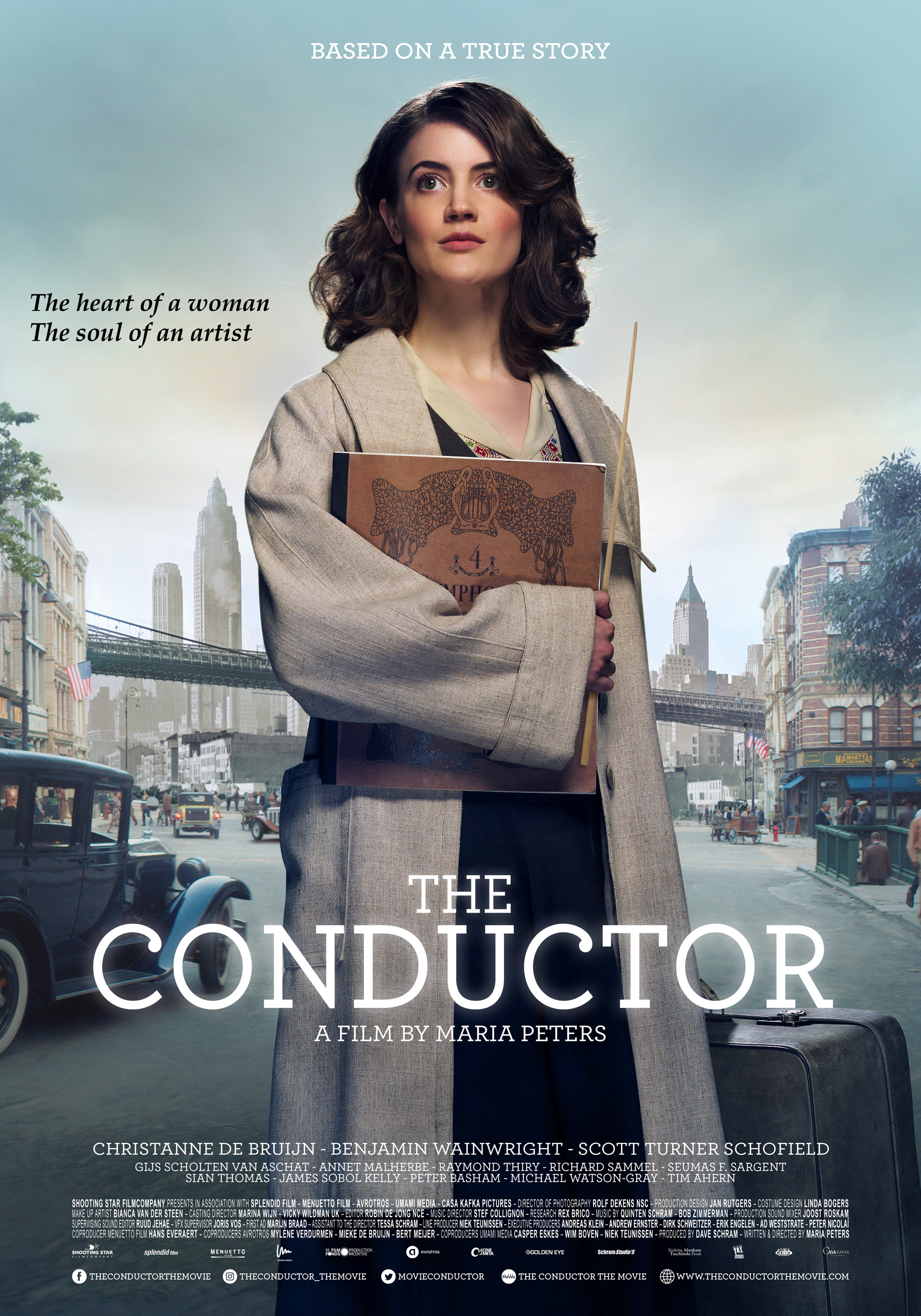 You’re either born a musician or you’re born not a musician. It has nothing to do with gender. – Antonia Brico 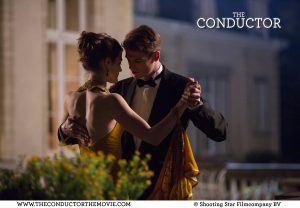 She was meant to get happily married and have lots of children, but her passion for music told her otherwise. Of all the possible affronts to what it means to be a man, she chose the most daring, the most inconceivable – the art of conducting an orchestra comprising carbon copies of Apollo, the Olympian God of the sun, light, knowledge, music, healing, and the arts.

“De Dirigent” (The Conductor) is a 2018 Dutch film directed by Maria Peters, telling the true story of Dutch immigrant Antonia Brico’s struggle to find her deserved place in a world exclusively made up of misogynistic men. She doesn’t boast her talent but reverberates with her passion for wanting to conduct an orchestra. Talent, she has in abundance, as underscored by her spotting a wrong note played during a concert given by a park band. Her talent and determination are only matched by the conceit and bigotry of the men who surround her.

Antonia Brico’s story epitomizes the struggle encountered by women in their search to enter certain walks of life that are, even now, exclusively owned by men. It is fitting that the release of the film coincides with the Netherlands Philharmonic Orchestra appointing a woman conductor – Karina Canellakis – for the very first time in its history. It’s about time, gentlemen!

Although Brico’s struggle to live her own life dates from the late 1920’s, the problems that she faced are very much contemporary and, if Twitter had been around, she would have started the #MeToo campaign, all by herself. Instead, she had to do with slamming the piano lid on the roaming fingers of an overenthusiastic piano teacher, who then threatened her with a lawsuit if she did not resign from the music conservatory where she had just been accepted. Sounds familiar, doesn’t it – sex, power, and the difficulty that some men have in not understanding that “no” means “no.”

Some women were desperately trying to get rid of their rabbit costumes, to become fully emancipated.

The film poses the question of whether women can mix love and a career. The answer to the question is an easy decision, of course, but men in the 1920’s thought that it was just not mentally possible (or desirable?) for a woman to do so, even if she does have talent. It was all part of this pre-conceived image that men have of women, some of whom were desperately trying to get rid of their rabbit costumes, to become fully emancipated. For too long have women been forced by society to sacrifice their career for their family, or their family for their career, and have accepted the situation as normal.

Brico leaves her despotic step-mother, after having settled accounts, and finds refuge with a transgender jazz player, Robin Jones, a role beautifully played by real-life transgender actor, Scott Turner Schofield. He is the only one who has a real understanding for Brico’s situation and helps her by offering shelter and employment. It only confirms the affinity that exists between gender issues and feminism.

In searching for her lost parents, Antonia Brico returns to Amsterdam and fortuitously meets up with Dutch conductor Willem Mengelberg. She pleads with him to teach her the art of conducting an orchestra, and ends up by being sent to Berlin where she enrolls on a two-year course at the Berlin State Academy of Music, under the guidance of German composer and musician, Karl Muck.

It’s a shame that the film mixes several storylines – including Brico’s love for a stuck-up, handsome and rich Mark Goldsmith, who just happens to organize concerts – because in doing so, film director Maria Peters had no choice but to condense them.

If you close your eyes and just listen to the music, you will not notice that it is a woman who is directing the orchestra. 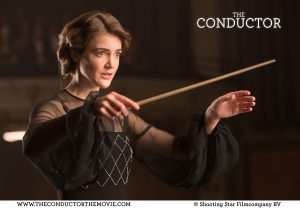 The film is plentiful with women-haters who you just feel like kicking where it really hurts. Although we don’t know whether Muck hates women more than he hates America, Antonia Brico manages to convince him to give her a chance, and he ends up having faith in her. He realises that, as a woman, she has to work twice as hard as men and, even then, she is not assured of success. But she succeeds and becomes the first woman to conduct the Berlin Philharmonic Orchestra.

Having avoided being carried out of the concert hall on a stretcher, because of the abuse of a misogynistic audience, Antonia Brico succeeded where other aspiring women conductors hopelessly failed. She returned to America, only to be confronted with sexist Americans, but where, in 1933, she conducted the Musicians’ Symphony Orchestra at New York’s Metropolitan Opera House.

Despite her success, many major orchestras were resisting hiring women, and radio stations made it also their policy not to invite women, with the Musical Leader noting at the time,

With few exceptions, the gentlemen who conduct the great orchestras of the country have never yet been able to employ women musicians. They do not openly discriminate. They simply take care there shall be no vacancies. The radio stations actively and openly discriminate against women orchestral players. Women are absolutely boycotted by the powers that be. Although many women are superior to some of the men playing in some of the orchestras, it is useless for a woman to make application for a place in their sustaining programs. That radio stations should so drastically discriminate against woman orchestral players is incomprehensible. – Musical Leader  (source)

In 1934, with support from Eleanor Roosevelt, Antonia Brico founded the New York Women’s Symphony, because she wanted to prove that women could play musical instruments as well as men.

I meant to tell you the other day that I had a talk with Miss Antonia Brico, the one woman orchestra leader I know. She came to tell me of a curious situation. Our music schools take in women and train them until they are as good artists as men in the same field, but those who plan the personnel of orchestras tell her that the public has an aversion to women conductors and women members of symphony orchestras, and it is almost impossible for a young woman to be chosen on merit. This seems to be a particular occupation in which sex counts primarily. I was rather interested, for I had always thought that where the arts were concerned, there was less of this particular kind of prejudice to overcome. I wonder if Dr. Gallup could help these young artists by taking a poll as to whether the public has a desire to choose its musicians according to their ability or according to their sex. – Eleanor Roosevelt (New York, May 1939) (source)

The acceptance of women in what is, predominantly, a man’s world, is all in the mind. The proof is that if you close your eyes and just listen to the music, you will not know that it is a woman who is directing the orchestra. 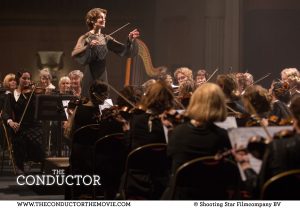 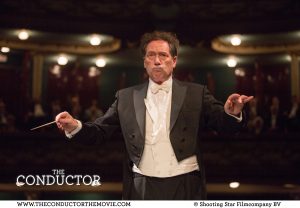 For Carlo Montanaro, of the Institute of Women Conductors, there is absolutely no difference in his perception of men and women conductors,

I only see the musician. Do I treat men, women differently? No.

Unfortunately, since Antonia Brico’s time, men may have become a little more discrete, concerning their attitude towards women, but mentalities have not evolved and, according to Keith Cerny, General Director of the Dallas Opera, are not likely to, for the next 25 years. He seems to be endorsed by the fact that it is only in September 2013, that Marin Alsop became the first woman to conduct the Last Night of the Proms in its 118-year history, showing how slowly the gender issue is evolving in the world of classical music.

We must hope that Marin Alsop turns out to be the first of many women stepping onto the podium. It would be a real shame if women chose not to do something that they are good at, based on the sole fact that they are women.