It’s that time of year again, where everyone reminisces over what has happened over the year gone by  and you get bombarded with reviews of this, that, and the other.

Well, I’ve decided to tell you what I think the most important event of 2016 is.

And…you’ve guessed it? It’s Leicester City wining the English football Premiership. Now, if that doesn’t surpass the election of Donald Trump or Brexit, then I don’t know what does.

How on earth did they do it? A combination of a brilliant manager who knows exactly how to defend his borders and exploit the weak spots of his adversaries. They don’t call Claudio Ranieri “the tinkerman” for nothing. Just think of it: all alone against 19 formidable opponents. He only got unstuck 3 times in 38 duels.

Theresa May could well take a leaf out of his book for her future debacles with the EU, although it’s my feeling that she’ll come unstuck a bit more often than Claudio Ranieri did.

On a more personal note, Brexit has made me discover the joys of blogging and tweeting, but not necessarily in that order. 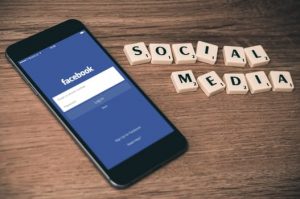 For me, internet is a wonderful invention. Each time I go online, it’s like going into the world’s largest library with no end of information and knowledge. Of course, you have to sort out what you are looking for and avoid the junk in order to discover the gems.

I really wasn’t a fan of social media, and even now I’m incapable of spending hours on twitter. As for Facebook, it’s not really made for me. Joining a Facebook group isn’t all that it pretends to be. At least for me it wasn’t.

One thing that has really interested me, during my time spent on twitter, is the shear aggressiveness and lack of self control shown in a lot of tweets. If someone out there doesn’t agree with you, he surely lets you know about it. It makes a change from “real life”, doesn’t it? Why are we so frightened or polite to say what we really think of our next door neighbour whose parked car is blocking our driveway?

“I’ll just be a couple of minutes…” he says with a gentle almost apologetic voice.

“No problem, take your time,” I answer back, almost as if it’s my fault for wanting to get MY car out of MY driveway.

What stops me from throttling him? I want to, deep in my soul, but something is holding me back, something so powerful that I remain paralysed with timidity and good manners. That something is…my body. You see, the big difference between this situation and that of the social media hooligan who sends you packing with a tweet is…physical presence.

“The face is what forbids us to kill.” Emmanuel Levinas

The French philosopher Emmanuel Levinas summed it up beautifully when he said our responsibility begins with “the face of the other”. If you are walking down the street and there’s a beggar lying on the pavement asking for money, you can choose to ignore him or give him some loose change. For Levinas, from the moment that you have seen the beggar, you are faced with responsibility of choice. You either ignore him or help him, but you cannot escape the fact that you have seen him.

Long before Levinas, another great mind saw the constant tussle between body and mind. René Descartes had the distinct impression that “what you see is not always what you get”. Let us assume that you’re now reading this post using your personal computer or laptop. But are you? Who’s not to say that you’re really tucked up in bed dreaming that you are reading this post? The only thing that you can be sure of, is uncertainty. If you doubt, you exist, and all the rest is just circumstantial evidence. At least, I think so.

“I think therefore I am”, Descartes’ immortal phrase. Or is it? He didn’t actually write the whole phrase, although “cogito” does come up quite a lot in his “meditations”. For Descartes, your thoughts provide the only true platform on which you can dispel all doubts about the world around you. But what is the relationship between your thoughts and the physical world as represented by your body? Are the mental and physical worlds really separate, and, if so, how do they interact? For Decartes, a true dualist if ever I saw one, physical properties are for everyone to see and measure, whilst it’s the mental properties that really define who you are as an individual. These mental properties are hidden and infinite. A crucial problem, in this more than complicated mind/body relationship, is that the mind is literally trapped inside the body and cannot escape until the moment the body ceases to function. During life, the mind is constantly being held back, being encased as it is, in the physicality of the body.

Is that a laptop I see before me?

A lot has been said over whether online and offline realities are actually separate, in the same way that Descartes thought that mind and body were. Is this “digital dualism”, a term coined by the social media theorist Nathan Jurgenson, a fallacy or is the internet “augmented reality”? It cannot be argued that a close relationship between the “real” world and “cyberspace” doesn’t exist. The events that took place in the Arab world since 2010 are prime examples of how the internet, and social media in particular, influenced and directed the occurrence of events. If the web wasn’t so “real”, certain governments wouldn’t be so concerned about wanting to suppress or, at least, control it. However, I strongly believe, that once you are online, something happens to you. Your body remains firmly behind the LED monitor, and what’s left of you crosses over into cyberspace.

Deprived of the enclosing body, the mind is set free and able to roam in cyberspace without censorship or fear. This is where the “inner you” surfaces and is able to express itself to its full potential.

But even here, norms have to be set and codes of conduct followed. In the same way that incoming messages and images are going to affect your psyche, the same can be said of your outgoing messages. Receiving a few insulting tweets can be easily handled by ignoring or blocking the sender. But what if you receive dozens of insulting tweets, and even violent threats, on a daily basis? The repeated tweets can easily become voices in your head and persons in your nightmares. 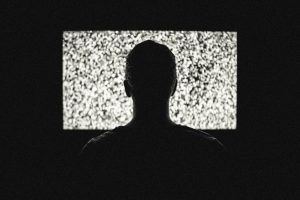 I’ve had the experience of feeling “uncomfortable” when reading comments directed at a post that I adapted from a couple of posts here. I wrote the post in French and it appeared on a French opinion website. These guys were so aggressive and impolite that I asked the moderators to remove my post. This has not been done, but some of the comments have been deleted. These reactions illustrate how opinion sharing on the internet can easily get out of hand and turn nasty. This is, in my opinion, a direct consequence of Jurgenson’s digital dualism, which if not occurring on a global level, does affect us individually.

As for René Descartes, he would probably tell us “well, I told you so…“, and we could forgive him for being sarcastic about it. Let’s face it, his ideas have been around for longer than the internet, so let’s give him, in true Cartesian style, the benefit of the doubt.

He too, has had a personal, albeit posthumous, experience of dualism. Sixteen years after his death in Stockholm in 1650, a pious French ambassador exhumed the remains and transported them back to Paris to be buried  at the church of Sainte Genevieve du Mont. During the French revolution Descartes’ bones were hidden at the Museum of French Monuments, because the church was under attack. When a second burial took place in 1819 at the church of Saint Germain des Près, it was discovered that Descartes’ skull was missing along with numerous bones. It turned out that the skull had never left Sweden. Fortunately, it was brought back to Paris in 1821. A cast copy of the skull is currently on display at the Musée de l’Homme, with the original locked safely away in the basement. No escaping this time around, René.