I have been correctly told  – “correctly”, because that’s the way it is (is it the way it should be?) – that the word “transgender” without the term “person”, should not be used. It is deemed to be insulting, in the eyes of transgender persons. If you think about it, my unintentional misuse of the word “transgender”, highlights the whole absurdity of the problem, and the accuracy of my post, underscoring my uncertainties and contradictions. Should we also say “man person” and “woman person”? If we are to accept transgender people as an integral part of our world, “transgender” should immediately signify “person”, without the need to specify…The mere fact that transgender persons hate being just called “transgender”, only serves to complicate the problem, even more. I really don’t need to be reminded that they are persons…I have not modified the post.

It’s all very well to stick up for LGTB rights, by publishing a few blog posts on the subject. The big unanswered question, for all of us, is how we would react if a transgender applied for a job in our office. I’m not talking about the workplace, or another department, where the “transgenderism” would be diluted in a mass of “normal” workers, and solid walls, respectively. I’m referring to a transgender sitting next to you, taking notes you are dictating, and being in contact with your clients, on a daily basis. Being no different, I’m including myself in this. I’m asking myself how would I react, if my next dental assistant were transgender? 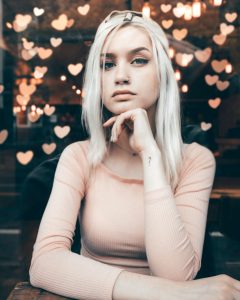 I’m going to be very honest in my answer, and I hope that you will be honest in your judgement. If I had the choice between two equally suitable female candidates, one being a transgender, the chances are I would not hire her. I would come out with a feeble excuse, saying that the position was already taken, or was no longer available. At best, my attitude is disappointing and, at worst, discriminatory. There I am, defending the rights of these sexually persecuted minorities, and yet, when I get the chance to act on my words, I fail. The only comfort that I get, is thinking that you would probably act in the same way.

I stand in the box of the accused, and plead “guilty” on two counts. The first, is that of discrimination against fellow human beings, on the basis of their gender. The second, is not putting my written words into practice.

My lawyer defends my case with passion and dignity, reaching out to the hearts of the members of the jury. In refusing to hire a competent, but transgender, dental assistant, I was caught between two opposing states of mind. I had to choose between discriminating, and running the risk of upsetting quite a lot of patients. And what about the children? What will their parents say, when they are asked questions about, “that funny looking lady, who gave me a toothbrush.”

I don’t think that I’m intrinsically against transgenders, but, as the rest of you, I cannot say that I have much first-hand experience with them. There, you see, lies one of the fundamental problems facing transgenders – the fact that they are pointed out as a minority, underscores the very conspicuous nature of the minority to which they belong. In other words, the more you talk about them, the more they feel isolated, and the more uncomfortable you become. In fact, I am quite certain that if I did work with a transgender assistant and forced myself not to become obsessed with her gender, I would soon forget her somewhat larger hands for a woman her size, her slightly deepening voice when irritated by a patient, and the first premises of a five o’clock shadow, after a hard day’s work. I’m caricaturing, I admit, but you know what I mean. A child will love his parents no matter what their physical appearance, and adults should do the same, with other adults. 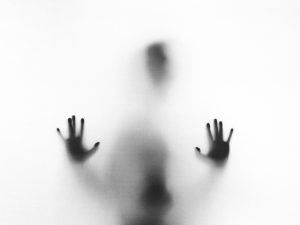 I’m writing what I feel, and am trying to come to terms with uncertainties and contradictions in my thoughts, and disappointment in the position I would have, concerning the hiring of a transgender. This is to be expected, because it reflects the unstable nature of the relationship between heterosexuals and transgenders. As heterosexuals, we feel (at least, I do) as though we find ourselves in unchartered territory, due to the difficulties related to the appearance and emotional state of transgenders. My disappointment lies in the fact that I sound like so many others, who are definitely not against the welcoming of migrants, so long that it is not in their back-yard.

I have defended LGBT communities several times before, and I truly think that my choice of not hiring a transgender assistant, is not purely based on phobia. The problem I have, in this hypothetical case, is how I will be seen in the eyes of others, and if they won’t go elsewhere.

Like so many people, who seek answers to their problems, I tried to find suggestions or cases, that would help me come to terms with my insecurity, concerning transgenders. My insecurity has not been helped by the sheer number of guides, tips, and advice, found on the net. I Googled “working with a transgender”, and got 30 million hits to choose from. “Gosh,” I thought, “if it’s so easy and straightforward to work with a transgender, why so many self-help recipes?”

I came across the following, which I found interesting, because it reflected the main concern I have, on hiring a transgender.

Dear Litter: We have a transgender employee at work, Sarah, who identifies and presents as a female. She is in the process of transitioning and still occasionally exhibits traditionally “male” physical attributes. A client of ours recently noticed that Sarah appeared to have a “five o’clock shadow”at the end of a long day and complained to me about Sarah working on the client’s account. What is the best way to respond?

The answer that the somewhat troubled employer got, was quite evasive, and didn’t come up with any specific practical advice. Instead, it referred to the employer’s duty to defend Sarah’s track record (if she had one), refer to the company’s equal employment opportunity policies (if it had one), and assure the client that it would be “business as usual”, so far as his account is concerned. Then, followed the evasion,

Although your inquiry focuses on how to handle a client’s concerns, you are presumably dealing with other practical matters related to Sarah’s transition at work.

The advice given, made sense, of course, but had little to do with the predicament I found myself in.

Surfing further along the choppy waters of 21st century Internet, I got the first signs that maybe I would not have a problem after all, and could hire the first blue-eyed brunette who matched the job description, without ado. I came across this dental assistant job vacancy, at the Family Health Centers, NYU Langone,

All qualified individuals are encouraged to apply and will receive consideration without regard to race, color, gender, gender identity or expression, sex, sexual orientation, transgender status, gender dysphoria, national origin, age, religion, disability, military and veteran status, marital or parental status, citizenship status, genetic information or any other factor which cannot lawfully be used as a basis for an employment decision.

Now, that’s a lot of emphasis on all things of a sexual nature. I remember, years ago, filling forms where you just had the choice between “M” for male, and “F” for female. Nowadays, you have a vast choice, concerning (i) how you feel what you should look like, (ii) what you really want other people to think you look like, and, (iii)  what you are in the process of looking like before not looking like what you looked like before. Not forgetting, of course, those who don’t want to look like anything at all.

I’m confused and sorry to admit that I’m extremely naive, when it comes to classifying people like this, on the basis of what they may, or may not, look like. The first thing I wanted to find out, is the difference between “sex” and “gender”. Yes, it’s that bad. I found out that sex refers to being male and female. Yes, I remember that from my 6th form biology lessons. Gender, however, refers to masculine and feminine. That’s easy too – I just have to remember “le jardin” (the garden, masculine), and “la maison” (the house, feminine). Beyond that, I’m afraid that I’m at a loss to explain the subtle differences between the “gender identity”, “gender expression”, and “gender dysphoria”, mentioned in the job vacancy.

Does it really matter, I ask myself? Was I really making a mountain out of a mole-hill, or are the Americans really scared of the Equal Employment Opportunity Commission? If I could, I would phone NYU tomorrow, asking how many transgender members of staff were actually working there, and the difference between gender expression, identity, and dysphoria. I’d probably get an answer, too, as they would fall under the charm of my London accent, that refuses to go away.

The Ancient Greeks invented all sorts of Gods to protect them from natural phenomena that they did not understand. Today, despite our technological expertise and understanding of nature, there are still many aspects of human nature and conduct that are misunderstood, and do not have the good fortune to be protected by the Gods.

The solution to the problem is, funnily enough, quite simple. If we learn about the wide range of gender feelings, at school, we should have no trouble in understanding, and accepting transgenders, in our adult life. The children accepting a toothbrush from my transgender assistant, would have no problem in seeing who she really is and what intrinsic values she has. Of course, bigots will be bigots, and certain individuals will not accept transgenders. Hopefully, they would be few and far between.

Life for transgenders is hard enough, without classifying them, not learning about them at school, and having people like me, who do not understand the classification, in the first place. Yes I defend them, and will continue to do so, but I have yet to find out who “they” really are.