There is another culture that the French are proud of, besides the “cultural exception” represented by their language, in the face of Anglo-Saxon dominance. It is the right for you to strike, regardless of whether your actions will close schools, disrupt the business commuter, or leave the unsuspecting tourist stranded at Charles de Gaulle airport. 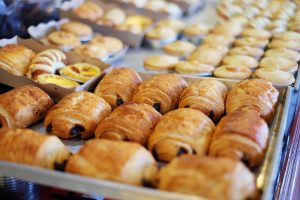 The right to strike is almost as cherished as the right to go to your local baker for your morning croissant. It is just as untouchable as the Journal de 20 Heures (8 o’clock news) – le 20 heures, as it is affectionately called – on French television. Some things in life, particularly French life, just do not get questioned, yet alone curtailed. It is common knowledge that in French industrial disputes,“on casse puis on discute,” (“you break, and then talk”). The secret is to start by causing as much damage as you can, before quietly taking your seat at the negotiating table. French president, Emmanuel Macron, might end up by changing a lot of things in France, but this is one piece of French culture that is more than likely to stay put, and survive his assaults on the French way of life.

The SNCF (France’s national railways company) has begun a strike, this week, that cannot be compared to the strikes of 1968 or 1995. The former was part of a national movement that grafted itself onto an intellectual rollercoaster aimed at replacing governing retrograde adults, with ungovernable forward-looking children. In the 1995 strike, which lasted a month, the SNCF was not the only public service fighting a government that delivered the exact opposite of what it had promised.

This week marks the beginning of a train strike that is unique in the history of French social disputes. The SNCF has announced how long the strike will last, and has even set out a calendar for its strike actions. 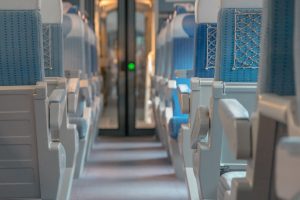 The strike is preliminarily about the SNCF’s future status as a nationalised service and the programmed opening of rail services to competition from other providers.However, the conflict is increasingly becoming an ideological battle between left-wing unions – the CGT, in particular – and Emmanuel Macron’s government. CGT’s leader, Philippe Martinez – who has a bigger moustache than I’ll ever have – makes no secret of his desire to single-handedly bring down Macron and his social reformers. If it happened in 1995 – a widespread general strike, bringing down prime minister Juppé’s pension plan reform – it can happen again.

In wanting to defend the SNCF as a public service, Martinez is preaching the defense of all public services. He is defending the poor against the rich, altruism against greediness. What he does not mention, is that the SNCF has huge debts. Although commercial profits have risen to €33.5 billion, the company’s debts (€46.6 billion) far exceed its profits. Emmanuel Macron’s government will not start listening to the unions, until structural reforms of the state-owned industry, have been all but guaranteed.

Does France have a “strike culture”?

After the presidential election that saw a triumphant Emmanuel Macron promising to change France in front of the eyes of the world, I wrote that the new president would be facing, in the autumn, an adversary much more potent and dangerous than the blond daughter of an infamous father. Could I have been mistaken? 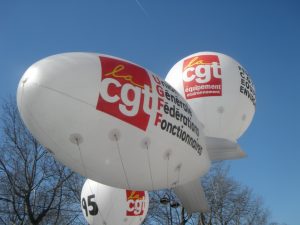 I was referring, of course, to the French unions – an ideological tutti frutti, ranging from the moderate lefties from the CFDT, to modern-day Marxist and Trotskyist look-alikes, represented by the CGT and Lutte Ouvrière (the Workers’ Struggle), respectively.

Yes, Marx and Trotsky are alive and well, and living in the suburbs of French politics.

When I was living in France, from 1984 to 1999, I was affected by two lorry strikes (1984 and 1992), the SNCF strikes of 1986 and 1995, as well as numerous other local strikes, since forgotten. The lorry strikes were characterised by a widespread blocking of major roads, with huge articulated lorries. The rail strikes were characterised by a widespread lack of trains. I struggled many a time, to make the relatively short journey from Saint-Etienne to Lyon.

According to a French website, claiming to list all ongoing strikes, there are (at the time of writing) 10 strikes that have either started or are continuing, since March. The next major national strike to be announced, is that of Air France, who plan two one-day strikes, later this month. 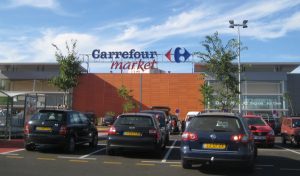 Even “Carrefour”, the well-known supermarket chain, has not been immune to strike action. In the middle of the Easter week-end, more than 450 stores were affected by the industrial dispute which, once again, focussed on resisting internal structural changes.

Emmanuel Macron has everything in his own hands, apart from the unions. In the French senate, he has a more than overwhelming majority that is the envy of his neighbours. Furthermore, he can use the famous Article 49.3, ordaining laws to go through, without so much as a whimper from the opposition. He has made good use if this, last summer.

One would have expected the unions to explode with anger, at the sight of a French president wanting to replace an already abridged version of the 3000-page employment code, with a couple of A4’s. Instead, we saw a few sparsely attended protests that quickly fizzled out. It is as though the unions, in wanting to stand-up against the government, felt their arthritic legs, plying under the weight of an archaic past, leaving them no strength to stand up and be counted.

It is possible, however, that this may change. The rail strike is still in its infancy, and other sectors of French society are beginning to become fidgety. This week, eight French universities were blocked in protest against the education minister’s plans for reform. For the present, at least, the different movements are nowhere near coordinating their actions. If that changes with time, Macron may just have the adversary he fears.

Another determining factor in how the strikes will develop, is the amount of public support the strikers get. French public opinion, rather like the French rugby team, is talented but unpredictable. In 1968, public opinion supported the students, to only later turn against them. The same was true for the SNCF, in 1995.

For French historian Stéphane Sirot, “It’s part of the character of France to have these big social movements at a national level, that can last a long time.” French workers won the right to strike in 1864, 20 years before they were allowed to unionize, which may explain why, paradoxically, union membership is quite low, compared to the number of different unions on offer. The fact that street demonstrations regularly take place, is also typical of France. It stems from the thoughts of the Enlightenment and Rousseau – the elected government may be legal, but not necessarily legitimate. True legitimacy belongs to the people, and not those who are elected by the people.

It’s too early to predict where all this social unrest will lead to. It does, however, convince me even more, that France – for all its innovative talent – is a country that is nearly impossible to modernise, without internal strife. It is a country that wants to remain entrenched in the way it regulates its industrial problems – namely, by conflict. Opposing sides show their teeth and remain locked in a show of force. This “conflicting regulation” contrasts markedly with countries, such as the Netherlands, where industrial disputes are regulated peacefully. I am yet to be affected by a prolonged national strike, after 19 years, living in the Netherlands.

We’ve allowed social partners to shape the law, and basically do politics, but it’s not their role. – Emmanuel Macron

Macron has issued a challenge to modify, in-depth, the way that France runs its business. It’s a dangerous gamble in a country like France, unless it succeeds. If it doesn’t, Macron may have erased the political power of the French unions, but the French electorate will certainly erase his, at some point in the future.