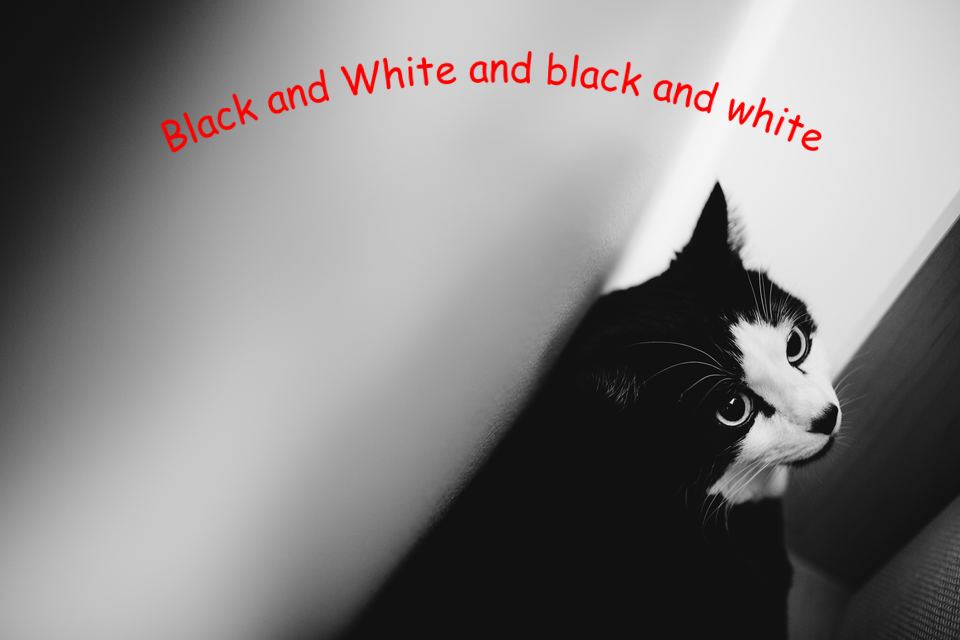 The French and English cultures in which I grew up, influence my tastes and moral judgements. But they are not me…I am. Cultural appropriation is a myth because there is nothing to appropriate. For Tania de Montaigne, a French journalist and writer, Blacks do not exist, but blacks do. “Why the capital B?”, she asks. Is it because black people are trapped in their culture and identified AS their culture, by others? What she means is that you are yourself, and not how others see your culture, and define you by it. Her latest essay is an interesting read, and sheds a different light on racial prejudices. 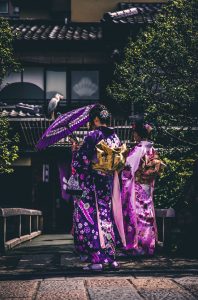 Back in 2012, a Utah mother published a blogpost that featured her daughter, who was celebrating her birthday, dressed up as a Geisha.

What is interesting is that the photo reappeared on the internet, 5 years later, and caused quite a fuss, with the mother being accused of racism.

Whilst some people found the whole thing harmless and rather sweet, others did not hide their outrage,

The makeup is clearly reflective of traditional Geisha makeup which is yellowface and thus therefore racist. Furthermore, the girl is wearing a kimono, a garment that has  for ages carried cultural significance. Assuming that she is white how can you think this is OK?…I suggest you educate yourself on the differences between cultural appreciation and cultural appropriation.

Surely, the post was about a cute little girl who was celebrating her birthday, and decided to dress-up. This was about her, and not somebody else’s culture. The whole thing reminds me of my post on Zwarte Piet, a much contested tradition, in the Netherlands. I saw the tradition as comprising individuals – who may not even be black in the first place – giving presents to children, and not representative of the oppression of blacks. Others strongly disagreed with me, and I respect that, but I do not take back my views.

The wider question that we must ask concerns who and what we are, as individuals. I strongly believe that the French and English cultures in which I grew up, determined to a great extent my personal tastes and moral judgements. Although unavoidable, this influence is not synonymous with who I am. Culture is not me, only I am. The only thing that can make you relate to me, is me, and not my culture. The only way that you can humiliate or insult me, is by doing something that relates directly to me, as an individual. I am not a generality that you can describe by describing my culture.

In the same way, black people cannot be described as Black, with a capital letter “B”. In doing so, one  negates individuality, by casting all black people in relation to their origins. I didn’t realize how it affects you, until I moved to The Netherlands. I too, could be immediately classified by others, according to my origins. Whereas I speak English with the remnants of a London accent, and French without an accent at all, my Dutch is impregnated with a strong foreign accent and intonation. This begs questions from others, concerning my origins.

Black people have this problem, because of a skin colour. In the not so distant past, they were considered as “a piece of furniture” that belonged to whites, as Tania de Montaigne alludes to, in her essay. Those who were not brought to the White world, where left behind in the Black world. Even today, black people will always be reminded of, or questioned about, their African origin – an origin without culture, just nature. Blacks are better at running, jumping, and playing African music.

I must be taken as an individual, certainly influenced by my culture, but not synonymous to it. If you decide to go to a fancy dress party, wearing a beret, a blue and white striped tea-shirt, and carry a sac of onions or a baguette, I won’t feel in the least insulted. You are not affecting me, as an individual, but are using something that is associated with my French culture – a culture to which you do not belong. And there lies one of the fundamental problems related to cultural appropriation. The latter can be defined as, “the act of taking or using things from a culture that is not your own, especially without showing that you understand or respect”.

Although not stated, this definition applies to minority cultures, and concerns people who are struggling to obtain proper identification and, above all, respect and tolerance. The problem, pointed out by Tania de Montaigne, is that blacks themselves sometimes talk about a Black culture, which not only amalgamates all the different countries of Africa into a single block, but also negates black individuals both in, and outside, Africa. They are constantly being reminded of being trapped in their sometimes distant origins that, quite frequently, they know nothing about, and do not feel compelled to follow.

If you ask me if I’m British and French, I will tell you that I am. If you ask me whether I am white, I will tell you that it depends if you spell white with “w” or “W”. I’m certainly the former, but not at all sure about the latter. If you consider white people as “Whites”, and black people as “Blacks”, you are taking away singularity, that which makes us all unique. For many black people, living in a predominantly White (capital letter intended) country, attributing a capital letter renders a sense of being foreign in their own country. Mistakenly, one talks about the Black communities of the UK and France, and not about British and French black people. 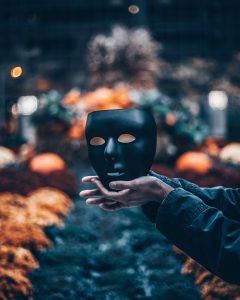 The use of the word “black”, as a noun instead of an adjective, only serves to impair the dialogue that should take place between all of us. The noun sanctuarises the black person, who becomes his/her culture. It creates a schism between communities, that is just waiting to be filled with racism, abuse from those who prone racism, and misplaced compassion from those who vociferously cry out against racism. Furthermore, on the one hand, the white community no longer dares to allude to anything remotely “black”. On the other hand, black communities sometimes feel that they are the only ones capable of talking about who they are, and what their history is, because whites are supposed to know nothing about them. An example of this is slavery, which not only concerns black people, but also white Europeans and Americans. Black people must become part of our communal history, and not remain as black communities.

What do we do, then? Do white people talk about what it is like to be black or, out of compassion for the black people’s past, do whites allow blacks to have the monopoly over the desire to be understood and respected? Is not he who says, “poor oppressed people, let them have their say,” or who severely reprimands cultural appropriation for, “hurting and disrespecting Black culture”, also guilty of some sort of racism? Tania de Montaigne begins her book with a telling citation, belonging to Frantz Fanon, an influential Martinican psychiatrist, philosopher, and author of, “Black Skin, White Masks“,

Tania de Montaigne gives a personal example of this “positive racism”. At school, she had spent hours practicing a difficult classical piece of music, that she had to play in front of the class. After her performance, the music teacher praised her by saying to the others, “You see, black people have music in them…”. She felt as if she didn’t exist, and had not put in a personal effort to do well. Black people are naturally gifted, but not culturally endowed.

We should all have access to culture, in order to become who we are, in absolute freedom and individuality. It is not something that should rigidly define us, and encase us in a stereotype. Culture, like society, is constantly evolving, and a costume worn today should not necessarily have the meaning it had hundreds of years ago. If it does, it means that our cultures have stood still in time, implying their decline.

We must ask ourselves if the wearing of dreadlocks by a white person is really disrespectful of a black person’s fight for freedom, all those years ago. I would be curious to know how many black women, who use the same hairstyle, actually do so as an expression of their quest for freedom.

As for the “Geisha girl”, she is wearing a beautiful dress, slightly colouring her skin, and celebrating the day she came into this world.

Of course, black people must not forget the struggles of their distant ancestors. Today, many blacks must fight against discriminations and prejudices, that are very real, and concern us all. We are all challenged to live in a world where each one of us must find his true self, with a little bit of help from the other. It is not only our individual culture that will do that. We are also influenced by the people around us – those we love, and those we meet or hear of. The effect of culture will be profoundly modified by our experiences, and the way that we see the world. I am not purely my culture, I am me – an individual who lies behind the colour of my skin, and the intonation of my voice.

I get tired of people who call themselves purists. Before you start talking about “purity,” look at yourself: Are you pure? What is pure in your surroundings? What is pure in nature? The rhetoric of purity, that’s what brought Hitler to power—looking for a pure race. We are not perfect, and that’s why we are brothers and sisters. The fact that we keep ourselves divided is exactly what the people in power want us to do. The more divided you are, the more power you give them, and the more they can kill you.  – Angélique Kidjo

For Tania de Montaigne, whose Christian name has its place in a novel by Tolstoy, and whose surname any Frenchman would be proud of, “as soon as we begin to become the other, things will get interesting”.