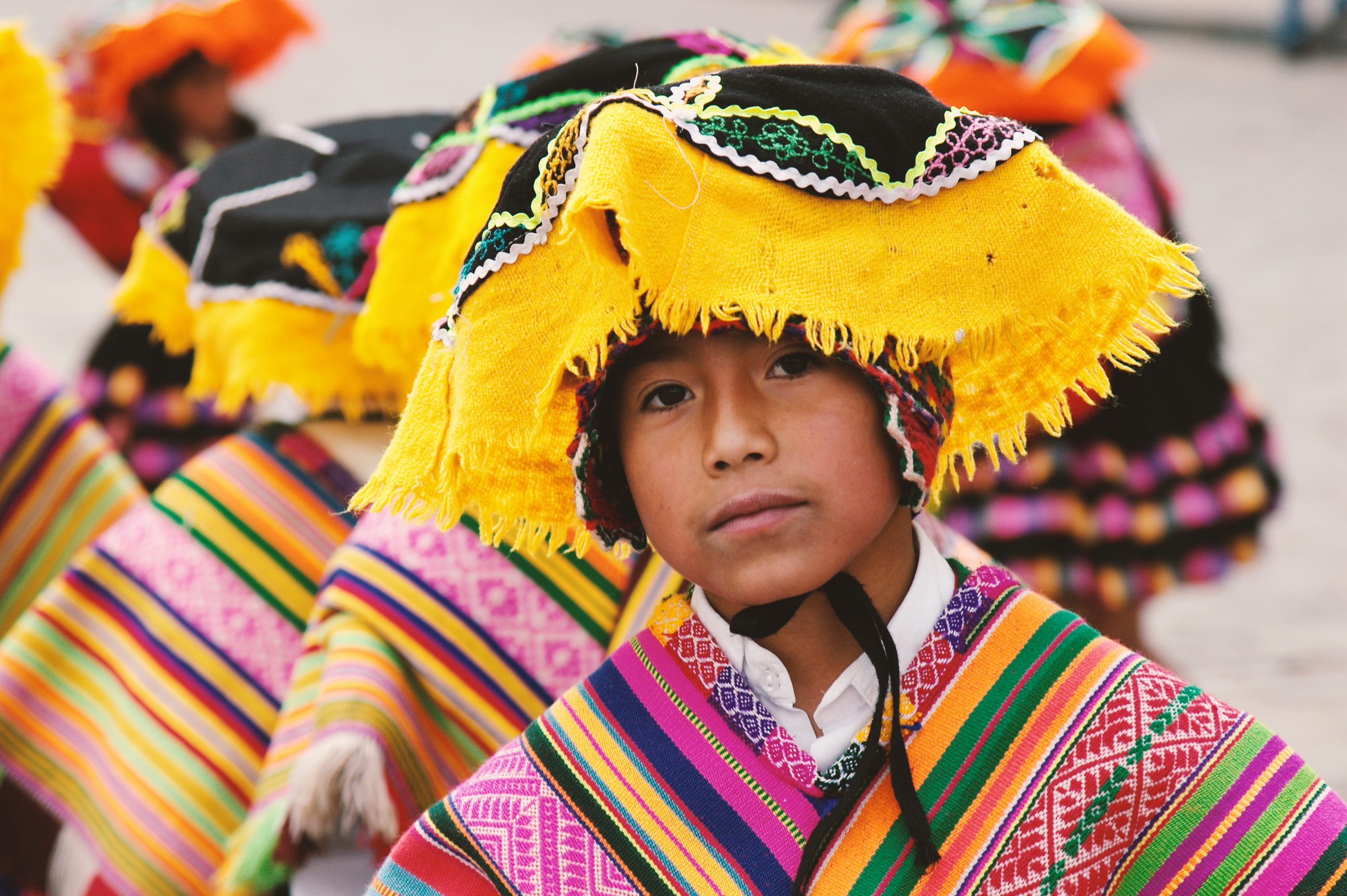 During Peruvian president Alberto Fujimori’s ten years in office, from 1990 to 2000, a family planning program was launched that resulted in  272,000 women and 21,000 men being sterilised.  In 2016, Public Prosecutor Marcelita Gutiérrez, decided not to pursue the former president and several staff members of the Ministry of Health, for crimes against humanity. Gutiérrez stated that instances of forced sterilisations of indigenous women were not conclusive evidence that the practice was state policy and were, rather, isolated cases. However, thousands of victims have claimed this happened without their consent. These women have been repeatedly silenced and denied justice.

A nurse put me on a stretcher and tied my hands and feet,” said Sabina Huillca. “I asked them to bring me my little baby girl but instead they anesthetized me. When I woke up, the doctor was stitching my stomach. I started screaming, I knew I had been sterilized.

A nurse said to me: “You can’t go on having children like animals! You have to have your tubes tied. It’s a new law.” – Clotilde

Alberto Fujimori served as president of Peru from 1990 to 2000, before fleeing to Japan amid accusations of corruption and violation of human rights. He was arrested in Chile in 2005, extradited, and faced criminal charges in Peru in 2007.

From 1996 to 2000, the Fujimori government oversaw a massive family planning campaign known as Voluntary Surgical Contraception, and was supported by The United Nations and other international aid agencies.

Most of the victims of the campaign were indigenous inhabitants of rural areas. Many were illiterate and could only speak Quechua, making communication with the Spanish-speaking authorities practically impossible. Although many women seemed to have voluntarily accepted the surgery, many testimonies describe governmental coercion and deception, humiliation and mistreatment, long-term pain and infections.  Furthermore, leaked photos taken by medical staff, showed the inhumane conditions in the surgery and waiting wards. At the very beginning of the campaign, Mamerita Mestanza died following a tubal ligation she did not consent to. Her family was awarded compensation by the Inter-American Commission on Human Rights, in 2001.

It’s not known how many women were deceived or forced, but the Inter-American Human Rights Commission determined that the number is “very high”.

In 2002, a Peruvian congressional commission published a detailed report on Fujimori’s campaigns. The report noted that Fujimori’s coercive population control campaigns “presupposed an inverse relationship between population growth and economic growth. Based on this mistaken presupposition, [Fujimori’s] National Population Program established demographic strategies and methods explicitly restrictive and controlling; in this line, the United Nations Population Fund (UNFPA), known for its support of population control in developing countries, took charge. For that end, the United Nations Population Fund act[ed] as Technical Secretary, working in coordination with the National Population Council.” The report also stated that, “UNFPA increased their support and even participated in the task during the government of the ex-president Alberto Fujimori, especially in the period 1995-2000.”

In 2009, Fujimori was convicted on charges of human rights abuses, comprising the ordering of the Grupo Colina Death Squad, responsible for the 1991 Barios Altos and 1992 La Cantuta massacres, killing 25 people. He also took part in the kidnapping of Peruvian journalist Gustavo Gorriti and businessman Samuel Dyer. At the time, Fujimori was already serving a 7-year sentence for abuse of power charges.

On December 24th, 2017, a frail looking Alberto Fujimori, was pardoned and released from prison. The pardon sparked protests across Peru, with protestors accusing the serving president Kuczynski of corruption. They claimed that the pardon was payback for the support of Fujimori’s son, Kenji Fujimori, which had been central to Kuczynski’s success in surviving an impeachment vote, days earlier. Kuczynski was accused by the congressional opposition of lying about receiving bribes from the Brazilian construction company Odebrecht. He had initially denied receiving any payments , but later came back on his statement, admitting receiving payments to a firm he owned, Westfield Capital Ltd, but denied any irregularities.

Kuczynski resigned on 21 March 2018, after leaked videos pointed to vote-buying to keep him in office. A second impeachment was launched. He continued to deny any wrongdoing and insisted that he was resigning in order not to “be a burden to the development of the nation”. 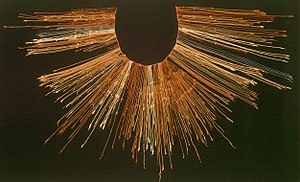 In 2015, an innovative project – the Quipu Project – was set up, with the aim of giving the Peruvian victims a chance to share their tragedy anonymously, using an especially conceived phone line.

Quipus are knotted cords that were used by the Incas and ancient Andean civilisations, to convey complex messages. Through the phone line, connected to the Quipu Project website, the victims could make their voices heard, and build a community capable of seeking, and obtaining, justice.

The fundamental aim of the Quipu Project was to highlight and record testimonies related to the sterilisation program, thus creating a collective memory archive. In this way, the tragic stories would never be forgotten, and the abuses never repeated. The project worked in partnership with Amnesty International to support the “Against Their Will” campaign. It also collaborated with local women’s organisations who hoped to use the archive in their fight for recognition and reparation.

In 2016, the public prosecutor Marcelita Gutiérrez, decided not to pursue charges of crimes against humanity against the former president and several staff members of the Ministry of Health. Gutiérrez stated that the reported instances of forced sterilisations of indigenous women were isolated cases, and not conclusive evidence that the practice was state policy. However, thousands of victims have claimed that this happened without their consent.

Despite the case being whitewashed by the Peruvian government, and ignored or forgotten by the rest of the world, there is new hope for the victims of a blatant breach of basic human rights.

A formal request to reopen the investigation into what happened more than 20 years ago, and who is responsible, has been launched. Senior prosecutor Luis Landa ordered Gutiérrez to denounce the former president Alberto Fujimori and ex-ministers Marino Costa Bauer, Eduardo Yong and Alejandro Aguinaga, Fujimori’s personal physician. The head of the National Reproductive Health Program, Jorge Parra, will also be denounced as one of the mediators of the forced sterilization of Mamérita Mestanza, Celia Ramos and three others. If this exemplary case succeeds, it will open the doors for thousands of other victims, to finally be recognised as victims, and may lead to massive compensation claims. Cynically, I ask myself how much is a woman’s “inner tubing” actually worth.

We demand that those responsible be sanctioned and that the State assumes its responsibilities towards the thousands of victims […] – Ines Condori, Association for the Sterilised Women of Chumbivilicas, Cusco

DEMUS – a Peruvian organisation specialising in gender equality and human rights, issued a statement, saying that, “District Attorney Landa’s decision is a milestone in the battle against impunity when he highlights that the national policy of forced sterilisation of thousands of Quechua-speaking women, peasant farmers, indigenous and native women in extreme poverty, committed serious human rights crimes.”

In 2011, the Council of Europe Convention on preventing and combating violence against women and domestic violence, criminalised forced sterilization.

Article 39 – Forced abortion and forced sterilisation
Parties shall take the necessary legislative or other measures to ensure that the following intentional conducts are criminalised:
a   performing an abortion on a woman without her prior and informed consent;
b   performing surgery which has the purpose or effect of terminating a woman’s capacity to naturally reproduce without her prior and informed consent or understanding of the procedure.

The criminalisation of forced sterilization by the Convention raises the question of what goes on in  countries outside Europe.

On February 25, 1998, a representative for USAID, an international aid organisation, testified before the U.S. government’s House Committee on International Relations, to address controversy surrounding Peru’s program. The government of Peru was making “important changes to the program”, including a discontinuation of governmental campaigns focussing on tubal ligations and vasectomies, and the requirement that health facilities be certified as meeting standards for performing surgical contraception.

Establishing a comprehensive national family planning strategy is a long and difficult process, especially for a country like Peru, that remains within the confines of Catholicism, and whose rural population remain isolated and uninformed. In 2016, in response to a court ruling, free emergency contraception was made available through the country’s health centres, with the contraceptive pill being offered free of charge within 30 days. It is a step in the right direction, especially concerning Peru’s poorest regions.

Peru has instituted a USAID-supported national policy that guarantees couples the right to determine freely the number and spacing of their children. Importantly, the policy has enabled poor and rural communities to have access to modern contraceptives through government facilities. According to USAID, “This partnership led to a five-fold increase in modern contraceptive use between 1970 and 2015, which reduced unintended pregnancies and decreased the average number of births per woman and coincided with dramatic improvements in maternal and child survival.”

The progress that Peru has made, concerning family planning, is encouraging. But what about Fujimori’s victims? If Peru had the political will to bring those responsible to justice, it could do so. The question of obtaining justice for a barbaric sterilisation campaign that has mutilated thousands of Peruvian women, surfaces only during election campaigns. In the 2016 presidential election, Pedro Kuczynski was running against Alberto Fujimori’s daughter, Keiko. Kuczynski won by the narrowest of margins. During the campaign, he had promised to reopen the investigation into what really happened under Fujimori, and to prosecute those responsible. The same unkept promises had been made by his predecessor, Ollanta Humala. Both abandoned them when taking office. The broken promises may have more to do with the fact that both presidents ran in consecutive elections against the daughter of Alberto Fujimori, who systematically downplayed the sterilisations and even questioned the truth in some of the stories.

Peruvian politics will probably have the final say in this tragedy, as it continually stalls and politicizes the sterilisations. Many of the victims are no longer here to testify, having died in the waiting room of a non-existent court of justice. The Quipu project may just have more value than you could imagine, in a continuing struggle that is more about politics, than it is about women.