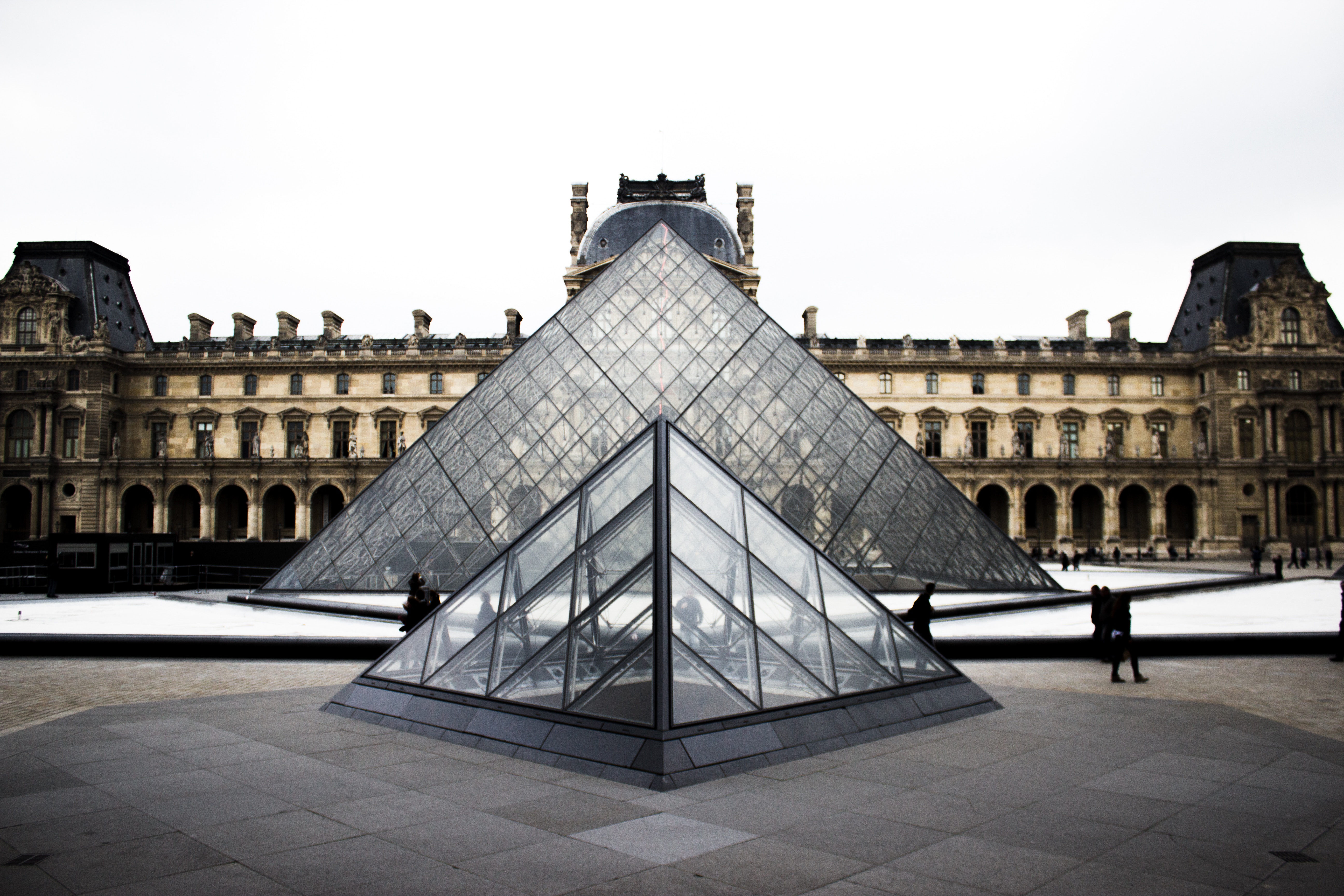 The biggest problem that causes such a violent opposition between secularism and religion is, not so much in the moral values of the Holy Scripture – which, if not distorted, are much closer to our moral values than you might feel it safe to think – but the interpretation of their meaning, their politicisation by the Church, and their attribution to a God we have no proof exists. Not forgetting political demagogues like Donald Trump, Vladimir Putin, and Nigel Farage, who use the concept of Judeo-Christian values as a part of their own political agenda. I have always been against the Church, but not religion as a spirituality. A clear difference must be made between the two, or we are not discussing the same thing.

We can distinguish successive major changes in the interpretation and application of moral values in Western culture. The moral values as discussed by Aristotle and Plato, were followed by Judeo-Christian morality. The Enlightenment and the birth of French Republican values, produced a break from Judeo-Christianism but not, as many people think, an opposition to the moral values of the Christian message. in France, it was the Catholic church that was the problem, and not religion as a spiritual entity. It is even paradoxical that the Christian message actually served as a source of inspiration for the French educational system, characterised by its secularism and anti-clerical stance. 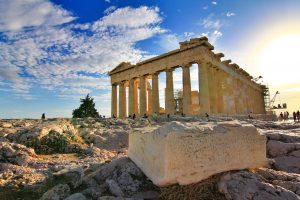 Aristotle and Plato set the foundations for a Western morality, based on aristocracy, that was to last well into the middle-ages. The morality was based on hierarchy, with each individual occupying a specific position in society, a position dictated solely by nature. In Plato’s Republic, a city that was just, was a city reproducing the order of nature. It was considered morally just, that good and intelligent people succeeded to become “Philosopher Kings” and ruled the city. Others, less fortunate, became guards, defending the city. Workers and artisans were at the bottom of the social ladder, giving the city food, and ensuring its good functioning. Plato’s ideal city was certainly not run by the will of the people, but by the will of nature. The organisation of Plato’s city was also comparable to that of the human soul – reason (the Philosopher King), spirit (the guards), and appetite (workers/artisans). It was a morality solely based on talent, with the aristocrats at the very top, not having to work. Hard work was for the lower classes, the less talented – the farmers who transformed the ground and who were transformed themselves, through pain and sweat. The aristocrats did not need to be transformed in such a way, because they were already perfect.

The Parable of the Talents

You wicked and slothful servant! You knew that I reap where I have not sown and gather where I scattered no seed? Then you ought to have invested my money with the bankers, and at my coming I should have received what was my own with interest.  So take the talent from him and give it to him who has the ten talents. For to everyone who has will more be given, and he will have an abundance. But from the one who has not, even what he has will be taken away. And cast the worthless servant into the outer darkness. In that place there will be weeping and gnashing of teeth. – Matthew 25; 26-30

The parable of the talents, described in the book of Matthew, represents the transition from the Greek aristocratic vision of morality, to a vision more akin to our present-day views, a vision based on merit and democracy, so loathed by aristocrats. Simply put, it is not what you acquire at birth that is important, it is what you do with what you have acquired. Each individual has an equal moral value, and it is up to each individual to work hard and invest in what he has been given, at birth. 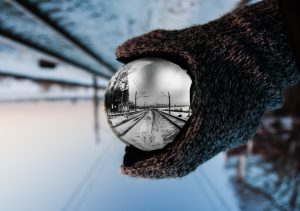 It is hard to believe because it is paradoxical, but secular morality was inspired by a text that is conspicuous by its closeness to the book of Matthew. It marks a shift in the nature of morality, the birth of a morality without God, and lays the foundation for French education minister Jules Ferry’s national educational system, in 1905.

Nothing can possibly be conceived in the world, or even out of it, which can be called good, without qualification, except a good will. Intelligence, wit, judgement, and the other talents of the mind, however they may be named, or courage, resolution, perseverance, as qualities of temperament, are undoubtedly good and desirable in many respects; but these gifts of nature may also become extremely bad and mischievous if the will which is to make use of them, and which, therefore, constitutes what is called character, is not good. It is the same with the gifts of fortune. Power, riches, honour, even health, and the general well-being and contentment with one’s condition which is called happiness, inspire pride, and often presumption, if there is not a good will to correct the influence of these on the mind, and with this also to rectify the whole principle of acting and adapt it to its end. The sight of a being who is not adorned with a single feature of a pure and good will, enjoying unbroken prosperity, can never give pleasure to an impartial rational spectator. Thus a good will appears to constitute the indispensable condition even of being worthy of happiness. – Immanuel Kant, The Metaphysics of Morals, 1797

For Kant, natural talents are morally neutral, and can be used to serve good or evil, depending on the “good will” of the individual who possesses these talents. Virtues do not reside in natural talents per se, but in what one does with them. Kant’s moral philosophy was as important for the French Revolution and what followed, as Jean-Jacques Rousseau’s “Social Contract.”

But other factors also played a role in the changing views on what morality actually is and how we should apply it. With the advancement of science, that began with Newton’s revolutionary analysis of the physical world, nature was not seen anymore in the way the Ancient Greeks saw it – a peaceful and just entity. It was now seen as an ever-changing and violent world that had to be dominated and resisted to, by Humanity. Morality was no longer seen as living according to one’s nature, but living against it.

The whole French educational system was built on this Kantian notion of morality. Even when I attended the French Lycée, in London, in the 60’s and 70’s, my school reports were regularly filled with Kantian notions. “Peut mieux faire” (“Can do better”) was such a universal remark on the report, that the French government issued rubber stamps with that phrase, to make writing school reports easier and quicker for the teachers. “Peut mieux faire” was a clear sign that I was not to listen to my lazy and egocentric nature, but fight it. The teacher, so marvellously described by Marcel Pagnol, preferred untalented pupils who worked their socks off, to lazy ones, drowned in aristocratic talent. 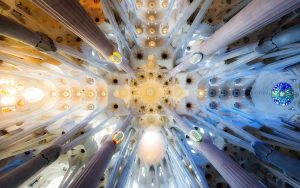 The presence of violent passages in the Bible is not disputed. More often than not, these passages have, in the eyes of the Church, a moral justification. Religious hardliners will always find a reason to defend these scenes of horror. One cannot but question how the Church can possibly justify the destruction of Sodom and Gomorrah, “because their sin is very grievous,” as related in Genesis.

But violent crimes have also been perpetrated in the name of reason.

In September 1792, 24 non-juring priests who had not signed the Civil Constitution of the Clergy were set upon by a mob and killed. The violence escalated as more priests were killed as sans-culottes rampaged prisons, organised virtual trials, and executed of over a thousand prisoners.

The massacres marked the beginning of the Terror.

In a speech to the Convention, delivered on 5 February 1794, Robespierre justified the widespread violence of the Terror. He defended the view that only virtue (commitment to republican ideals) and terror (coercion against those who opposed such commitment) could ensure the long–term survival of the Republic.

Since the soul of the Republic is virtue, equality, and since your goal is to found, to consolidate the Republic, it follows that the first rule of your political conduct ought to be to relate all your efforts to maintaining equality and developing virtue; because the first care of the legislator ought to be to fortify the principle of the government. Thus everything that tends to excite love of country, to purify morals, to elevate souls, to direct the passions of the human heart toward the public interest ought to be adopted or established by you. Everything which tends to concentrate them in the abjection of selfishness, to awaken enjoyment for petty things and scorn for great ones, ought to be rejected or curbed by you. Within the scheme of the French revolution, that which is immoral is impolitic, that which is corrupting is counterrevolutionary.

It has been said that terror was the mainspring of despotic government. Does your government, then, resemble a despotism? Yes, as the sword which glitters in the hands of liberty’s heroes resembles the one with which tyranny’s lackeys are armed. Let the despot govern his brutalized subjects by terror; he is right to do this, as a despot. Subdue liberty’s enemies by terror, and you will be right, as founders of the Republic. The government of the revolution is the despotism of liberty against tyranny. Is force made only to protect crime? And is it not to strike the heads of the proud that lightning is destined?

All you need is Love 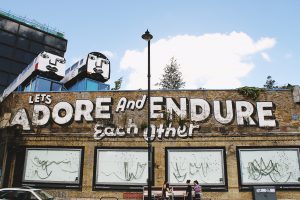 The events of May 1968 proved to be the culmination of a complete rupture with the ‘authoritarian” morals that had gone before. The Western world was being taken over by a morality characterised by authenticity. No culture was considered superior to another. No human desire and experimentation was deemed inferior, and it was forbidden to forbid. This was moral deconstruction on a world scale – sons against fathers, daughters against mothers, all under a cloud of teargas over the streets of Paris and Berkeley. It was a cloud of moral “hyper-freedom”, where comic strips were as valued as Shakespeare, where pop songs were as melodious as Chopin’s sonata’s, where all forms of sexual relations were equally valued – as long as it was all sincere and authentic.

May 1968 was a hyper-liberal revolution, precursor to the liberalism that we all enjoy or suffer, today. It did not have a single effect on the political systems we live in, but had a profound effect on Western ethics. Morality was no longer about  “being another,” according to the Bible and Kant. It was now reflecting the words of Nietzsche and Freud – “Be yourself.”

It is no longer acceptable, in modern times, to want to die to defend an abstract concept such as a deity, or even reason. We must have a morality that transcends religion and reason, a morality that attempts to reach the realm of Plato’s Ideas – we must be the reflection of our morality. If anything, we must learn from the events of May 1968, whose political significance was non-existent, but whose effect on morality was devastating. It is high time for “Humanism 2.0”, away from Augustine and Robespierre, and much closer to Gay Pride and other (extra)ordinary people. A morality based on reason, tolerance and, above all, Love – Love with a capital “L.”