The morality of Europe’s foreign policy is not as one might hope. The UK was making profits from selling arms to Israel, whilst Tony Blair was being paid by Arabs to ensure that there is peace in the region. It doesn’t sound quite right, does it.

In 2017, former UK prime minister Tony Blair’s unbiased role in the Middle-East peace process was questioned, following the publication of emails claiming that he was being paid by the United Arab Emirates during his time working as a peace envoy. Blair had worked with a group comprising the US, EU, Russia, and the UN, trying to work out a peaceful solution to the conflict between Israel and the Palestinians. If Tony Blair was on the UAE’s payroll (not a thousand miles away from the Saudi’s payroll?), it is, of course, another blatant case of double-standards in European foreign policy.

However, the former wizz-kid of New Labour need not feel ashamed because he stands in good company. A perfect example of how wharped foreign policies can be, is that of the Falklands War, following the Argentine invasion of the Falkland Islands on April 2nd, 1982.

It Takes More Than Two To Tango 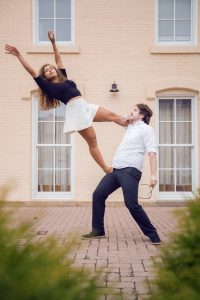 On June 4th 1982, mid-way through the Falklands War, a Royal Navy warship – HMS Sheffield – was hit by a French-made Exocet missile. The missile, fired by the Argentine army, ripped through the ship’s side and penetrated into the control room. The ensuing fire, which released toxic fumes, resulted in the ship having to be evacuated, and a major rescue operation ensued. The attack, a response to the sinking of the Argentine warship General Belgrano, claimed the lives of 20 personnel and injured 24 others. At the time, the UK was, understandably, infuriated by the fact that France had sold the Argentines Exocet missiles that were now claiming the lives of Royal Navy marines. However, in the years leading up to the Falklands War, the UK had sold two Type 42 Destroyers, two Lynx helicopters and twenty-two Sea Dart missiles to the Argentine army. In fact, the UK was negotiating arms deals with Argentina’s military junta, led by general Galtieri, 48 hours prior to the Argentine invasion of the Falkland islands. Although France had sold arms, including Exocet missiles, to Argentina before the war broke out, President Mitterrand supported the UK during the conflict. However, the relations between France and the UK were strained, to say the least, and Margaret Thatcher warned Mitterrand against selling missiles to Peru – missiles that would probably fall into Argentinian hands.

If it became known, as it certainly would, that France was now releasing weapons to Peru that would certainly be passed on to Argentina for use against us, France’s ally, this would have a devastating effect on the relationship between us two allies.  – Margaret Thatcher, May 30th 1982

However, this did not stop France from maintaining the presence of a technical team in Argentina, offering potential assistance to the Argentine army. 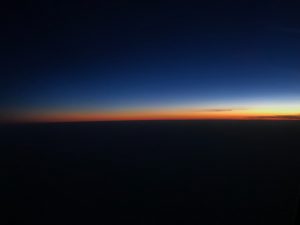 The fact that Tony Blair was named as a “peace envoy”, just months after he and American president Bush went hand in hand to invade Iraq, is a conundrum in itself. More importantly, it is something that the Arab world never understood, nor came to grips with. Even for the non-initiated, it is difficult to conceive how someone who has just bombed thousands of Arabs could now act for peace between Israel and the Palestinians. Never apologising for the war, he was appointed Middle-East peace envoy four years later, and achieved nothing except spend other people’s money – and lots of it. The situation is further complicated by the fact that Israel is the UK’s eighth largest market for UK arms.

Leaked emails, published by the Daily Telegraph, seem to indicate that Tony Blair was on the UAE pay-roll, during his time as peace envoy in the Middle-East – accusations that are firmly denied by the former prime minister,

This is a reheated story Mr Blair has answered time and again. For the record: the Quartet role was ex officio and unpaid. There was no budget for it. Mr Blair gave his own time for free but had to raise money for the costs of the staff hired to do the work for their expenses and for his expenses, including substantial costs for travel and accommodation when doing OQR work, in a timely and efficient manner. He made over 100 visits to Israel – Palestine alone whilst having this role. The story about conflicts of interest with his non OQR activities was always false. He did no commercial work connected with the Israeli/Palestinian issue. – The office of Tony Blair

Tony Blair is the founder of The Tony Blair Institute for Global Change. The institute submitted its first set of annual accounts,  following complex merger of institutions, including transfer of staff, activities and certain net assets, from the Africa Governance Initiative, the Tony Blair Faith Foundation, and Windrush Ventures Limited.

It’s complicated, of course, but underscores the fact that Tony Blair has an eye for business. I just ask myself if, being in contact with so many rich Arabs, would he have resisted the temptation to do business other than talking peace? In the wise words of Francis Ewan Urquhart, “You might very well think that; I couldn’t possibly comment.“

The French sold Exocet missiles like the Dutch sold tulips.

It is a sad feature of the human predicament, in personal as in public life, that whenever one has the agreeable sensation of being impressively moral, one probably is not. – G. F. Kennan (Morality And Foreign Policy, 1985)

The question to be asked, of course, is whether foreign policy should be full of morality and void of personal interests. Unfortunately, irrespective of whether carried out by individuals or a state government, there seems to be precious little of the former, and plenty of the latter. In a piece entitled, “Morality and Foreign Policy,” George F. Kennan 1 postulated that, “the functions, commitments and moral obligations of governments are not the same as those of the individual.” Let me beg to differ, and dare say that when it comes to financial gains that are linked to decisions concerning foreign policy, governments and individuals are one and the same. In the 1980’s I frequently observed the jubilation of both the French government and national press, when French firm MBDA – a conglomerate that includes Airbus – sold another bunch of Exocet missiles, as easily as the Dutch sold tulips.

We must work to defend and promote the established defence industry. – Liam Fox, UK Trade Secretary

Even today, European countries – France and the UK, in particular – take pride in selling arms to foreign governments who would be more than prepared to use them. In 2017, the UK’s arms sales to Saudi Arabia rose by two-thirds, compared to 2016, to reach £1,3bn. From 2008 to 2017, France’s arms sales to India, Saudi Arabia, Qatar, and Egypt totalled €40bn.

For UK trade secretary Liam Fox, it is almost a moral duty to sell these nations arms because, “nations and peoples have an inalienable right to look after their own defence.” There is no ethical problem in wanting to allow a state – even an oppressive state – to be able to protect its sovereignty, because oppressive states can become, in turn, oppressed. The problem lies in the fact that, more often than not, the decisive factor in the sales of arms to a state whose visions are so radically opposed to ours, is the generation of profits. It is quite ironical to think that the UK was making profits from selling arms to Israel, whilst Tony Blair was being paid by Arabs to ensure that there is peace in the region. It doesn’t sound quite right, does it.

Being a pacifist isn’t a solution, either. I would love to be able to leave my home, without having to check if every window is double locked. Unfortunately, that is not the world we live in. The decision of whether to sell arms to a particular country is a difficult one to take. It is a balancing act between economic considerations and moral values. Although governments have tried to solve this dilemma by issuing licences so that arm manufacturers could only sell arms to “approved” countries, this has not stopped the UK and other countries dealing with the leaders of Saudi Arabia and Indonesia, whose human rights records are anything but perfect. Between 2013 and 2017, Saudi Arabia and Indonesia represented just under 50 and 10% of UK arm sales, respectively.

Western governments and arm manufacturers comprise individual people harbouring unique sets of moral values. Governments must evaluate whether arms are being bought for the “right” reasons – self-defence, and not external aggression or internal repression. Manufacturers must evaluate whether it is morally right to deal with “dubious customers,” and whether they are not favouring personal gains at the cost of ignoring universal moral values. For many instances, it is a delicate balancing act, with sound economics on one side of the equation, and moral courage on the other. In the case of the “Arms-to-Iraq” case, we definitely know which side of the equation went missing.

(1) Kennan was an American diplomat and historian who, during the Cold War, staunchly supported containing Soviet expansionism and influence in regions that were strategic to the US.