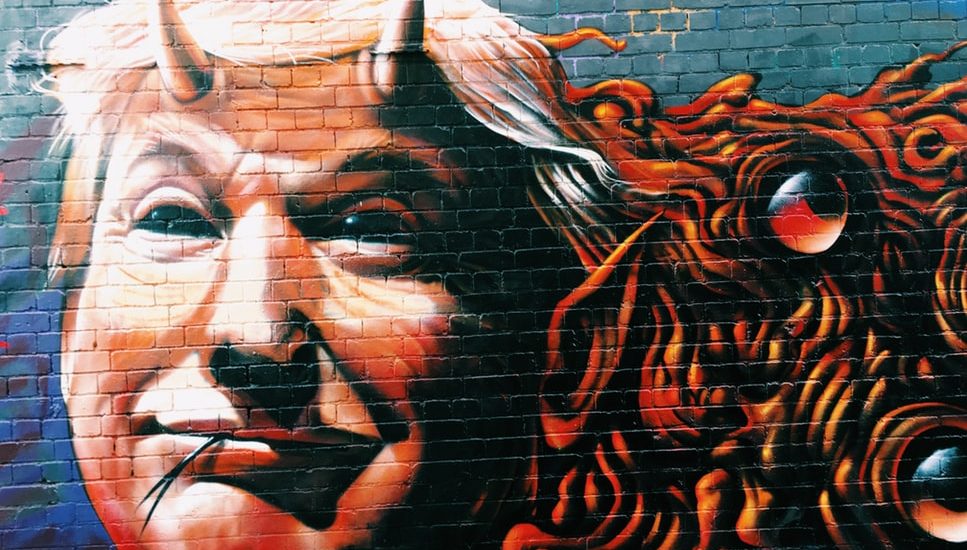 The American author Ethel Watts Mumford is quoted as saying, “God gives us our relatives. Thank God we can choose our friends.” I suppose the same can be said about presidents. We have the good fortune to be able to democratically elect our leaders and get rid of them if need be. It can be argued, however, that the American voters did not have much of a choice in the presidential election of 2016. They elected a well-known demagogue and populist rather than the faithful wife of a former president, who forgave her husband for his misdemeanours in the Oval Office, for the sake of becoming president. The Americans got what they voted for – a clown who promises to make America great again at the expense of everyone else.

At least Donald Trump is honest in what he says and does. “Making America great again,” has never sounded so loud across the globe and his latest victims comprise a population that has been fighting for its very survival for over 40 years. In ordering American troops to leave the Kurds fight their own bloody war, Donald Trump has shown once again to what degree his foreign policies are retched and dangerous for us all. But above all, the American president has confirmed to the rest of the world that he cannot be trusted and his words have as much value as Sterling might have post-Brexit. He has forgotten that without the Kurds, who fought for 5 years along the US and lost 11,000 soldiers, the chances are that we would still be fighting the Islamic State.

Even though Donald Trump reversed his decision, reassuring us that only a few American soldiers belonging to the special forces would leave, diplomatic and psychological damage has already been done. It is clear that he was acting in the context of the upcoming presidential race and wanted to score points at home by confirming his foreign policy of, “America won’t get involved if it doesn’t benefit America.” Earlier this year, the US wanted to disengage from Syria, a move that would have forced outnumbered French troops out of the region. President Macron, the CIA and the Pentagon managed to make him change his mind.

The Islamic State can only gain confidence from the words of an American president who has a short-sighted vision of the world and a long-term memory of what has gone on before. Alliances must be solid and not falter. Remembering history, whilst being a good thing, does have its limits.

[The Kurds] didn’t help us in the second world war, they didn’t help us with Normandy as an example – they mention the names of different battles, they weren’t there. – Donald Trump

Incredible words coming from an American president who, on the international scene at least, is not credible anymore. Local politics is what it is – local. But it is morally undefendable to let oppression go unpunished, which is precisely what Donald Trump is doing. As Turkish troops advance into north-east Syria, Donald Trump may well be turning back the clocks of history in order to justify his position but in doing so, he is dangerously ignoring or missing the lessons history has tought us. Turkey’s aggression against the Kurds is no local feud, no regional claim to a piece of land that might not be up for grabs. This is about a vision of a single man –  Recep Tayyip Erdoğan – and his nostalgia for an empire that stretched from Baghdad to Algiers, and from Damascus to Belgrade. Brute force, oppression and blackmail are his weapons.

Erdoğan’s strategy is a powerful mixture of violence against civilians and international psychological harassment, particularly directed against the EU, with the aid of 3.6 million refugees who he is prepared to catapult onto the shores of the Aegean. In wanting to create a 20-mile buffer zone along the Syrian border, whether the EU likes it or not, Erdoğan’s aim is to relocate two of the 3.6 million Syrian refugees located in Turkey whilst, at the same time, attacking the Kurdish-led Syrian Democratic Forces in an attempt to clear out Kurdish controlled territory in northern Syria. If he succeeds, it may be just a question of time before the Islamic State flag floats again over the region.

There are also Erdoğan’s more subtle actions comprising extending domestic election campaigns to the streets of Düsseldorf and Rotterdam, and the search for oil off the coast of Cyprus. He urges Turks in Europe not to assimilate but to be part of a “Greater Turkey.” If you refuse him or his adepts entry and the right to free speech that you are so proud of, you are nothing less than the devil’s advocate.

Never in NATO’s history have we witnessed such an aggression on behalf of one of its member states. What Donald Trump describes as a “ridiculous ancestral quarrel,” is, in fact, the stride between Kurdish democrats and a Neo-Sultan, president ad nauseam of a country that is the world’s biggest backer of the Muslim Brotherhood movement – a politico-religious group preaching that Islam is not simply a religion but a way of life based on the Sharia.

Donald Trump’s response depicts only too well the geo-political delirium that has taken over the White House where president does what he does best. Twitter is so simple.

Erdoğan responded to the “great and unmatched wisdom,” emanating from Washington by announcing, a few hours later, that, “all preparations for the operation have been completed.”

In the private hospital of Al-Salam, a 5-year-old girl has just undergone a limb amputation. She was standing in front of her home when suddenly, “something fell out of the sky,” killing her brother and maiming her for life. The local population feels betrayed after having fought side by side with the US to liberate Rakka from the Islamic State. Uncertainty has now returned to the region where for the civilian population, day-to-day life and war have become one and the same.