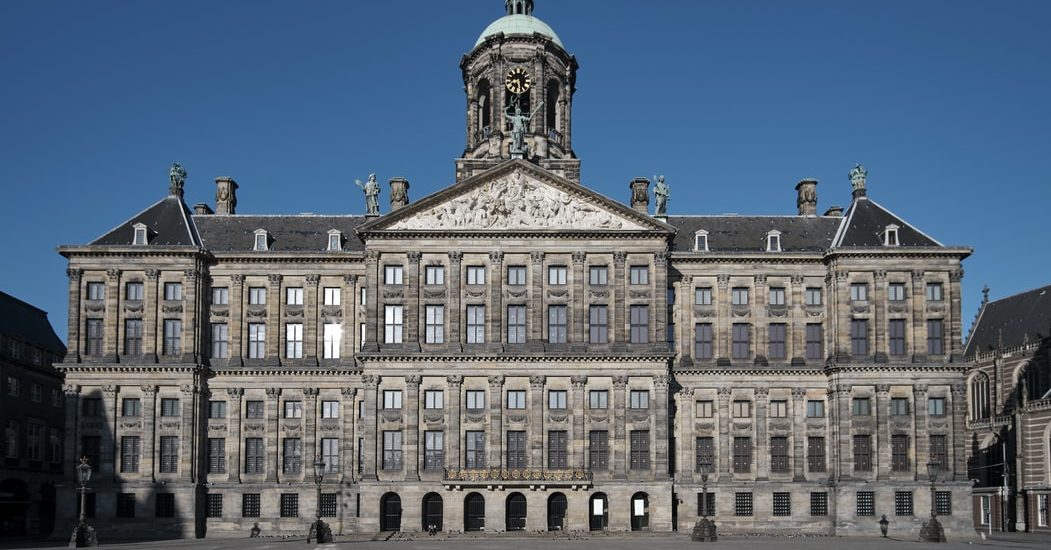 King Willem-Alexander of The Netherlands and his wife Maxima are going to get a right ticking off from Beatrix (she’s his mother and her mother-in-law) when they finally get home from their Greek holiday that turned out to be more of a tragedy than a long weekend away from home. Well, at least he got his airmiles, and maybe we’ll see him wearing a mask on his arrival home. He must have caught on to the fact that there’s something medical going on in the Netherlands. On his way home, he canceled the party he had planned for next Saturday because cramming forty-odd guests in the palace’s living room rather goes against the social distancing rules that his subjects don’t respect anyway.

But in acting the way he did, Willem-Alexander is doing more than social distancing. He is distancing himself from the people he is supposed to rule by example. At the beginning of the lockdown last spring, his address to the nation was exemplary in its tone and content. Now, he has shown us that words do not always precede actions that reflect those words.

The Dutch government denies having known about this little escapade, in the same way it insists that it knows about the pandemic. The net result is that the Dutch people don’t believe Mark Rutte and his advisors anymore. And if you don’t trust decision makers, how can you abide by the decisions. The Dutch government must not turn away from its responsibilities. Mark Rutte is politically responsible for Willem-Alexander’s actions. In the same way that the government vetoed Maxima’s father from attending her wedding because of his allegiance with Argentine dictators, Rutte should have vetoed this holiday escapade.

Willem-Alexander must also take his own responsibilities. In a time of personal sacrifices made by people who have lost their jobs and relatives, it is distasteful to jog off to Greece for a few days in the sun.

We will cut short our holiday. We see people’s reactions to media reports. And they are intense, and they affect us. We do not want to leave any doubts about it: to control the COVID-19 virus; it is necessary to follow the guidelines. The discussion following our holiday does not contribute to this. – King Willem-Alexander

The Netherlands boasts one of the highest infection rates in the world, putting the Dutch health care system under intense pressure. Maybe the Dutch can forgive their king if he sells the two-million Euro speedboat he bought in the spring and donate the proceedings to the Dutch health service. But I forget; did he buy the Wajer 55 before or after his unifying address to the kingdom?