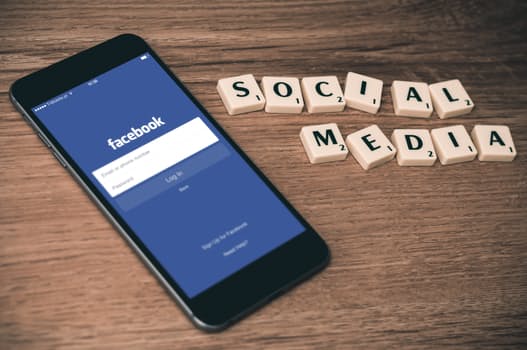 Sometimes by pure accident you read about an act of violence in the news, that fills you with such disgust and hate for the perpetrators that you just feel like shouting your anger to the world. Today, quite by chance, I came across this news story from the Dutch television news website. The act of violence that I’m about to relate, and its consequences, result directly from the joint effects of two phenomena. The first is what the German philosopher Hannah Arendt described as “the banality of evil”. The second, described in the mid-17th century by the French philosopher René Descartes, is the idea of dualism, the distinction between mind and matter. Dualism has been “updated” by several authors in an attempt to apply it to our digital world.

The Banality of Evil

The idea that the most ordinary person could perpetrate an act so evil without even thinking twice about it was described by the German political analyst and philosopher Hannah Arendt as “the banality of evil”. For Arendt, reasoning has no grip over evil because reason doesn’t understand evil and has no access to it. Evil cannot explain itself and one cannot explain evil. It is just senseless.

“Indeed my opinion now is that evil is never “radical,” that it is only extreme, and that it possesses neither depth nor any demonic dimension. It can overgrow and lay waste the whole world precisely because it spreads like a fungus over the surface. It is ‘thought-defying,’ as I said, because thought tries to reach some depth, to go to the roots, and the moment it concerns itself with evil, it is frustrated because there is nothing.”    Hannah Arendt, letter to Gershom Scholem

In other words, when evil is done, thought has no chance of saving the day. And something you do without thinking becomes banal or routine.

In her account of the trial of former SS civil servant Adolf Eichmann, that took place in Jerusalem in 1963, Arendt described Eichmann as a perfectly normal man.

“The trouble with Eichmann was precisely that so many were like him, and that the many were neither perverted nor sadistic, that they were, and still are, terribly and terrifyingly normal. From the viewpoint of our legal institutions and of our moral standards of judgement, this normality was much more terrifying than all the atrocities put together.”  Hannah Arendt, Eichmann in Jerusalem

The most disturbing and controversial observation that Arendt made in her account of the trial, was that this could happen to any one of us. She almost felt sorry for the man being so stupid as not to think about what he was doing, and she could certainly not describe him as a “monster”. You can imagine how her comments were received by the Jewish community.

I’m not a huge fan of social media, although I do admit that if social media is used properly, it is an extremely powerful tool. One thing that has really interested me, especially during my time spent on twitter at the time of the Brexit vote, is the sheer aggressiveness and lack of self control shown in a lot of tweets. If someone out there doesn’t agree with you, he sure as hell lets you know about it. It makes a change from “real life”, doesn’t it? Why are we so frightened or polite to say what we really think of our next door neighbour whose parked car is blocking our driveway?

“I’ll just be a couple of minutes…” he says with a gentle almost apologetic voice.

“No problem, take your time,” I answer back, almost as if it’s my fault for wanting to get MY car out of MY driveway.

What stops me from throttling him? I want to, deep in my soul, but something is holding me back, something so powerful that I remain paralysed with timidity and good manners. That something is…my body. You see, the big difference between this situation and that of the social media hooligan who sends you packing with a tweet is…physical presence. The French philosopher Emmanuel Levinas summed it up beautifully when he said that our responsibility begins with “the face of the other”. If you are walking down the street and there’s a beggar lying on the pavement asking for money, you can choose to ignore him or give him some loose change. For Levinas, from the moment that you have seen the beggar, you are faced with responsibility of choice. You either ignore him or help him, but you cannot escape the fact that you have seen him.

Long before Levinas, another great mind saw the constant tussle between body and mind. French philosopher René Descartes had the distinct impression that “what you see is not always what is”. Let us assume that you’re now reading this post using your personal computer or laptop. But are you? Who’s not to say that you’re really tucked up in bed dreaming that you are reading this post? The only thing that you can be sure of, is uncertainty. If you doubt, you exist, and all the rest is just circumstantial evidence. At least, I think so.

“I think therefore I am”, Descartes’ immortal phrase. Or is it? He didn’t actually write the whole phrase, although “cogito” does come up quite a lot in his “meditations”. For Descartes, your thoughts provide the only true platform on which you can dispel all doubts about the world around you. But what is the relationship between your thoughts and the physical world as represented by your body? Are the mental and physical worlds really separate and, if so, how do they interact? For Decartes, a true dualist if ever I saw one, physical properties are for everyone to see and measure, whilst it’s the mental properties that really define who you are as an individual. These mental properties are hidden and infinite. A crucial problem, in this more than complicated mind/body relationship, is that the mind is literally trapped inside the body and cannot escape until the moment the body ceases to function. During life, the mind is constantly being held back, being encased as it is, in the physicality of the body.

Internet: The banality of evil and dualism, a deadly duo

A lot has been said over whether online and offline realities are actually separate, in the same way that Descartes thought that mind and body were. Is this “digital dualism”, a term coined by the social media theorist Nathan Jurgenson, a fallacy or is the internet “augmented reality”? It cannot be argued that a close relationship between the “real” world and “cyberspace” doesn’t exist. The events that took place in the Arab world since 2010 are prime examples of how the internet, and social media in particular, influenced and directed the occurrence of events. If the web wasn’t so “real”, certain governments wouldn’t be so concerned about wanting to suppress it or, at least, control it. However, I strongly believe, that once you are online, something happens to you. Your body remains firmly behind the LED monitor, and what’s left of you crosses over into cyberspace. Deprived of the enclosing body, the mind is set free and able to roam in cyberspace without censorship or fear, or reason. This is where the “inner you” surfaces and is able to express itself to its full potential. This is where it becomes dangerous or even deadly.

But even in cyberspace, norms have to be set and codes of conduct followed. In the way that incoming messages and images are going to affect your psyche, the same can be said of your outgoing messages. Receiving a few insulting tweets can be easily handled by ignoring or blocking the senders. But what if you receive dozens or thousands of insulting tweets, and even violent threats, on a daily basis? The repeated tweets can easily become voices in your head and persons in your nightmares, which brings me to the horrifying story that I read on the Dutch news website.

Carolina Picchio was a beautiful young Italian girl who, 4 years ago, committed suicide by jumping from a 3rd floor window. She was just 14 years old. Her desperate act was a direct consequence of online bullying, the first of its kind in Italy. In December 2012, the young school-girl attended a party and, under the misguided influence of her friends, had far too much to drink. She felt unwell and went to the bathroom. A group of young boys followed her, assaulted her, and filmed the assault which was later posted on Facebook. The video received 2600 “likes”, each of which was described by her father as “a deadly blow”. She committed suicide on 5th January 2013.

In Italy, this is not an isolated case of online bullying. There are so many incidents being reported that a specialised clinic has been opened in Milan, to treat and council victims of cyber-bullying. More than a thousand victims attended the clinic in 2016, of which 80% was directly affected by publications and reactions on the web.

The tragedy that struck Carolina Picchio is, in my opinion, a direct consequence of Jurgenson’s digital dualism and Arendt’s banality of evil, which if not occurring on a global level, do affect us individually. The culprits are as much the “real life” aggressors as the 2600 “virtual likes”. You could even speculate that she would have survived the humiliation of the attack had it not been for the “likes”. As for René Descartes, he would probably tell us “well, I told you so…“, and we could forgive him for being sarcastic about it. Let’s face it, his ideas have been around for longer than the internet, so let’s give him, in true Cartesian style, the benefit of the doubt. He too, has had a personal, albeit posthumous, experience of dualism and humiliation. Sixteen years after his death in Stockholm in 1650, a pious French ambassador exhumed the remains and transported them back to Paris to be buried  at the church of Sainte Genevieve du Mont. During the French revolution Descartes’ bones were hidden at the Museum of French Monuments, because the church was under attack. When a second burial took place in 1819 at the church of Saint Germain des Près, it was discovered that Descartes’ skull was missing along with numerous bones. It turned out that the skull had never left Sweden. Fortunately, it was brought back to Paris in 1821. A cast copy of the skull is currently on display at the Musée de l’Homme, with the original locked safely away in the basement. No escaping this time around, René. As for the rest of us, let’s just be more careful before clicking on the “like” icon.