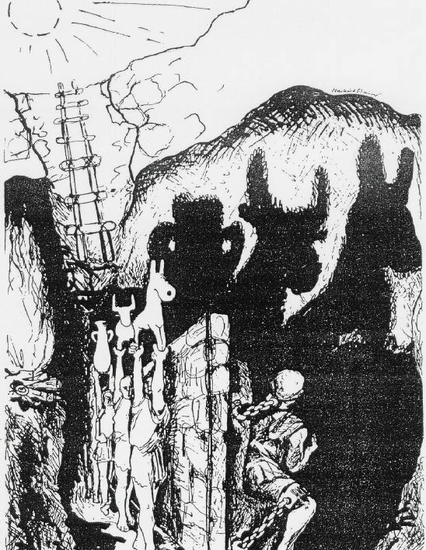 Plato And Jeremy Corbyn: “Whose Idea Was This Anyway?”

With the June election rapidly approaching, I’m going to dedicate a post to the current leader of the Labour Party, Jeremy Corbyn. I know that my views don’t matter one iota, and, what’s more, I cannot even vote. Well, that should make you listen to me even more. It goes without saying, that this post must be “taken with a pinch of salt”.
Jeremy Corbyn may not be the most glamorous politician you have ever come across, but I’m going to pair him up with a philosopher who, on his own, kick-started Western philosophy: the Greek philosopher, Plato.

You might well ask what on earth have these two gentlemen got in common. And the answer is quite simple: a beard and ideas. You’re going to discover more about Jeremy Corbyn in 3 minutes of reading this post, than in 3 months of the 2016 EU referendum campaign, or 7 weeks of the present election campaign. Now, where have I heard that sentence before?
Plato postulated that reality is a representation of non-physical “forms” or “ideas” that cannot be located in space and time. These forms are, in fact, abstract properties of the reality you perceive. We could take as an example all the abstract properties that make up a cat. These ideas exist independently of the individual cats that contain them. Furthermore, the reality that we perceive may not always be a perfect copy of the abstract ideas. A bit complicated for this time of day (or night depending on where you are)? Well, what it boils down to is that “up there” there’s a whole world of perfect ideas and “down here” it’s just a fake. A bit like that Rolex you bought in Camden High Street. 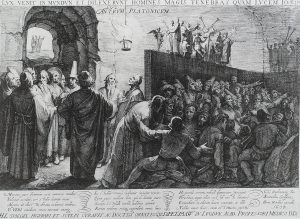 Imagine prisoners kept in a cave, and chained in such a way that they are forced to stare at a wall in front of them. Behind them, lies a fire, and between the fire and the prisoners, a raised wall with a pathway. Puppeteers carrying objects in the shape of human and animal figures, as well as everyday items, can walk along this pathway. The prisoners, staring at the wall can only see flickering images of these objects. They think that the images represent reality, rather than a shadow of reality. They know no better, having always lived in the cave.

So what? Well, the problem is, that as we poor humans have been living “down here” for so long, we’ve forgotten or don’t even know about the world “up there”.

Well, you may not believe me, but we’re all trapped in a cave “down here”. And the world we see is but a shadow on the wall cast by the reality from “up there”.

Now, from time to time, a prisoner escapes from the cave and manages to find his way to the light of day (assuming that he doesn’t escape at night). And “up there” all is revealed. He runs back down to the cave and tells his fellow prisoners that he has discovered the truth. And the sad thing is, the others don’t believe him and think he’s mad.

Well Jeremy, too, discovered “up there”, the  perfect “idea” for the EU that is in such a mess, “down here”.

He didn’t go on holiday at all during the campaign, as people thought. He had escaped from our cave and managed to get a glimpse of the perfect EU reality. The EU as it should be.

And this is what he told his followers when he came back:

I’m not a member of the establishment, I’m a member of the labour party, and I’m a labour MP. And my socialist views are totally unchanged. Do I think that we can achieve greater social justice across Europe by working with trade unions and socialist parties across Europe? Yes, otherwise I wouldn’t be advocating a remain vote. But mine is not unconditional on Europe by any means. I’m opposed to the Transatlantic Trade and Investment Partnership, which is being negotiated largely in secret between the European Union and the US, because it would import the worst working conditions and standards from the US into Europe. I’m also opposed to the way in which Europe shields tax havens. This country as well shields tax havens. And the way in which systematically big companies are exploiting loopholes in employment law. So I’m calling for a Europe of solidarity, but I would also say that if we’re to deal with issues like climate change, like environmental issues, you cannot do it within national borders, you can only do it across national borders. The refugee crisis has to be dealt with internationally, not just nationally. So I do think working together but mine isn’t unconditional, mine is positioned that I want to remain, in order to work with others to change it.

The ideas he exposed seemed a bit confused, but that was understandable because he was so impressed with the ideas that he saw outside the cave. This being said, Jeremy  Corbyn was saying exactly what I’ve been constantly writing: “Smashing the EU door is not the political answer to the UK’s philosophical dream.”
He even wrote about what he saw.

The Labour party he loved turned against him. The voters deserted him, and the country ignored him.

And, last but not least, he even aggravated the split on Europe in the Conservative party.

And then cometh Brexit. Triste….So triste.
Well, as miracles go, this may be the biggest one in preparation. Jeremy Corbyn has a second opportunity to convince the electorate that he has seen the truth of how the EU should be, and give further assurances that he is not a member of the elite. The symbol of socialism is a red rose, whose colour and scent are so enchanting, and whose thorns give it respect and power. You would all support Jeremy Corbyn, if only you could hear him. The only trouble is, the red rose has faded so much in the UK and in Europe, that you can no longer be charmed by its scent, or protected by its thorns.