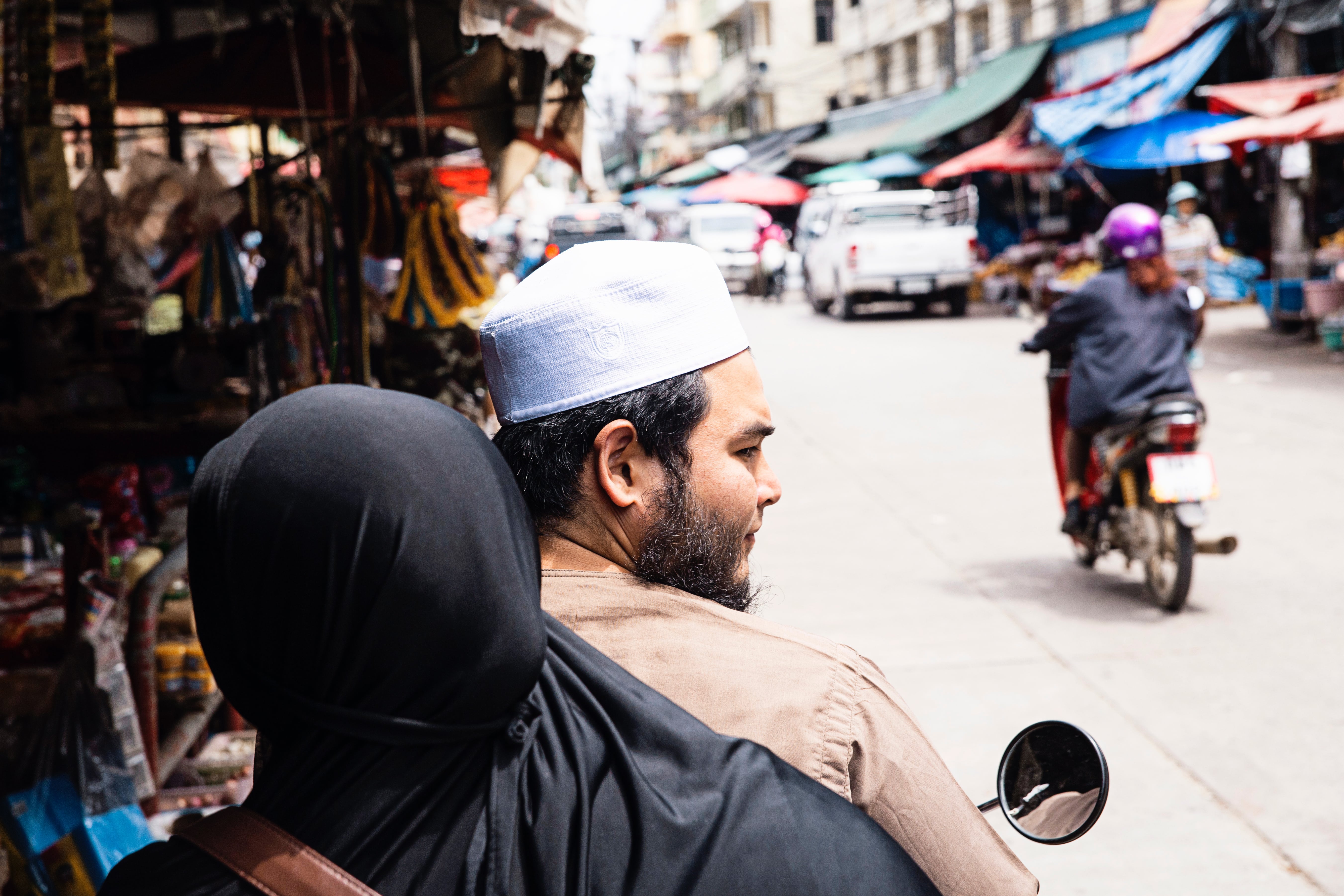 Islamic attacks on Western democracies pose a deep philosophical and moral problem to anyone sympathising with a progressive humanist vision of society. The Islamic fundamentalists are targeting the very heart of our democracies and, more importantly, our entire way of life. They are trying to drive a wedge between the Islamic community, which they are supposed to be part of, and the rest of us. We, as a democracy, must not fall into the trap they have set. If we do succumb to their provocations, our entire society will change forever, if it survives at all. It is ironic that the civilisation that brought Greek philosophy and Islamic science to Europe, at the end of the Middle Ages, should now be so determined to bring down the very societies that it helped to create. Whether they succeed or not will depend on our response to their provocations.

As a progressive humanist, I am traversing a constantly deepening existential crisis, the root cause of which can be traced to the attitude of religious fundamentalists, who indoctrinate others with their views, and strive to enforce their vision of the world on us all. My vision of society encompasses two fundamental values in which I firmly believe, progressiveness and humanism.

Progressiveness is founded on the premise that by constructive dialogues encompassing different points of view and visions of society, progress can be made in the elaboration of a society that is adapted to its time, and of service to its members. That is what Theresa May should mean when she proudly states that she wants “a country that works for everyone”.

Humanism represents a value that we all hold – or should hold – as human beings. It is based on a deep respect for intrinsic values and dignity that we all possess. Together, progressiveness and humanism are the only ways that we have a chance of shaping a better world for the future.

For progressive humanism to work, three fundamental prerequisites must be adhered to, namely (i) democracy, (ii) freedom of speech and religion and, (iii) an education system free of biases, be they ideological or religious.

It goes without saying that a democracy is required for progressive humanism to function. As already mentioned, this kind of humanism is the result of constant discussion between groups holding different views on particular matters, but all having the objective of striving towards a better and more just society. An electoral system must be found that enables all groups in society, and especially minority groups, to be heard and listened to. Too many people today feel shut out of society and do not benefit from the wealth and impetus created by others. Democracy means freedom, but also comprises responsibility on the shoulders of those of us in a position to take decisions, be they at governmental or entrepreneurial levels.

The humanism that the Islamic fundamentalists are trying to destroy, is one of a secular state that protects its minorities. All religions are permitted and it is not up to the state to favour one or the other. In the same way, religious doctrines must not dictate the way that the secular society is run, and must respect the people who do not believe, or who believe differently. Religious fundamentalists, including the terrorists who act on their behalf, are making a fundamental mistake by amalgamating two diametrically opposing sets of values that have nothing in common, namely (i)  moral values and, (ii) spiritual values. Furthermore, they also confuse spirituality with religion, using the often misguided interpretations of religious texts to impose political and social supremacy.

A feeble and biased education system is a major factor contributing to the potential radicalisation of young people, ultimately leading to terrorist acts. It is quite incredible that a young man could reason that his life, and the lives of others, are worth sacrificing in the name of some abstract and transcendental philosophical concept. Our battle with fundamental Islam is not confined to a few countries in the Middle-East, it is a world-wide battle that not only involves the military, but also requires a cultural and philosophical engagement. In the not-so-distant past, the Christian faith has also carried out indiscriminate violence and persecutions, in attempt to silence dissidents within its own ranks, non-Christians, and non-believers. This was in complete accordance with their interpretation of the Christian doctrine. A typical example is when Jesus said,

This seems to be  in contradiction to Jesus being the “Prince of Peace” (Isa 9:6) and him bringing “on earth peace to men” (Luke 2:14). In fact, the violence is directed towards the Antichrist and between Christ’s children and the devil’s children. Of course, if you believe that all atheists and members of other religions belong to the family of the Antichrist, you may conclude from the scriptures that you have carte blanche to kill them.

The West has achieved a culture of tolerance that must not disappear due to the blood-shed provocations of a few. It is extremely difficult to say this to the victims of the atrocities of recent times, innocent bystanders who were just “enjoying life”, making the most of the fleeting moments that we all have on our beloved planet. This being said, throughout the centuries, Western philosophers have preached reason, tolerance and the profound value of individual differences. For all our differences and disagreements, we are all human. For the French philosopher, Michel de Montaigne, even “the greatest monarch on the proudest throne is still obliged to sit on his own backside”. For Galileo Galilei, the Italian astronomer, physicist and mathematician, the earth was not the centre of the universe, but revolved around the sun. In 1615, the Roman Inquisition concluded that his observations were “foolish and absurd in philosophy, and formally heretical since it explicitly contradicts in many places the sense of Holy Scripture.” In 1633, the Inquisition condemned him for refusing to retract, and he spent the rest of his life under house arrest. We must also never forget the wise words of English philosopher John Locke, considered to be the father of liberalism, and whose writings influenced Voltaire and Jean-Jacques Rousseau. For Locke, we are all born with a brain completely void of ideas – a blank slate. The knowledge that we gain is derived from experience and perception. The role played by parents and schools cannot be overemphasised. Jules Ferry understood the importance of the education system and its separation from the clergy, and was responsible for the establishment of a non-clerical education system in France, in the late 19th century.

The challenge we face in protecting the cultural and philosophical values that define Western civilisation is enormous. It is an ongoing battle that must not only take place within our societies, but also externally. At home, we must protect and cherish minorities of all kinds, whilst at the same time promoting individual freedom and self-responsibility. We must also fight against gaping inequalities that exist between those who have and those who don’t. This can only be achieved by improving individual capabilities to reason and gain knowledge through the education system. Young people will not be tempted to destroy the society in which they live, if they know where they come from and where they are heading.

Externally, we must also support the brave dissidents who find themselves trapped within the confines of committed Islam. They find themselves in the position that Galileo was in, centuries ago – facing a clerical system that would not listen and would not tolerate. Arabic thought brought back Greek philosophy to the West through the translation movement that started in the House of Wisdom in Baghdad. Greek philosophical works were translated into Arabic, and were subsequently augmented with Islamic science and philosophy. With the Christian conquest of Spain, Sicily and Jerusalem, in the 11th century, these writings were translated into Latin and found their way into European cultures. Let us now “return the favour” and deliver Humanism and Progressiveness to the East, because both our civilisations depend on it.