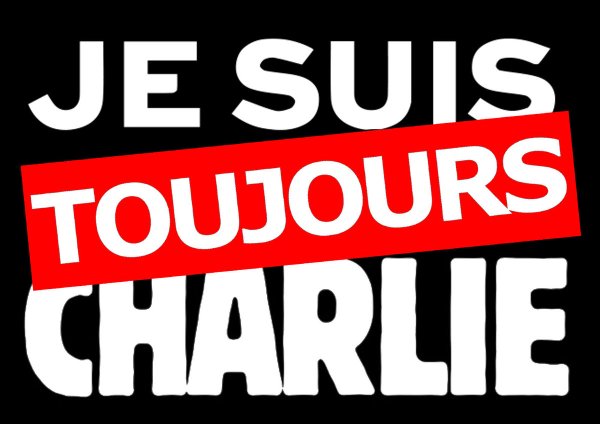 How much would you be willing to pay for the privilege to be able to open your mouth, and air your opinions? One Euro a day, or ten? Do you have a price limit, beyond which, it’s not worth the expense, and you will just shut up? Is being “priced out” of freedom of expression, acceptable in our Western societies, that pride themselves in the freedom of speech, even when the words you speak or write, may offend others?

Three years ago, we were all “Charlie”, a state of mind directly related to the barbaric attack that cost the lives of twelve people, at Charlie Hebdo’s offices, in the heart of Paris. The attack was directed against one of the foundations of our Western societies – freedom of expression.

The whole of the free world was at one, on this. Those who loved Charlie Hebdo, those who disagreed or who found it distasteful, and those who had never heard of it. All came together to denounce the horrific nature of the attack, and the sacredness of the free press, as an institution.

Since the attack, on 7th january 2015, more than 200 innocent lives have been lost, on French soil alone, due to the barbarism of a limited number of extremist lunatics. Every attack leads to a world-wide outcry and condemnation, lasting for a few days, or weeks, at the most. In the same way that “Je suis Charlie” has all but gone, the French have also forgotten the attack, and are busy with other things.

It’s irrelevant whether you like Charlie Hebdo, or not. “Je suis Charlie” is not a state of mind that is focused on one particular press publication. It is the acceptance of journalistic pluralism, so essential to our understanding of what is going on in this world. Charlie Hebdo has its place in the media landscape, and should certainly not disappear – no less than other publications that are deemed to be controversial.

Since the attack, the journalists and cartoonists, at Charlie Hebdo, have been working in nothing more than a tin-can. To enter the tin, they have to shout their names, whilst standing on the pavement, anxiously looking over their shoulders, should there be an oncoming scooter.

Sometimes I’m scared. I arrive at the door and I turn around to be sure that a scooter isn’t approaching, which is absurd, because if someone is there, in the street, it’s too late. – Journalist, Charlie Hebdo

Outside the tin, they go about their daily lives, under constant surveillance. This has been going on 24/7, for 3 years, and is not about to stop. Not only has the attack cost Charlie Hebdo its freedom, it is also costing the publication money – a lot of money.

For the survivors of the 2015 attack, life has irreversibly changed. Gone are the days where all could merrily dine together, in a nearby bistro, without the presence of heavily armed surveillance guards. It is ironical to point out that, whereas the personal bodyguards are employed by the French state, and are thus paid using taxpayers money, the offices of Charlie Hebdo have to be guarded using Charlie Hebdo’s private funds. The publication estimates that 15,000 copies per week must be sold, just in order to meet security costs of the Charlie Hebdo offices.

Following the attack, Charlie Hebdo’s circulation rose from 8,000 to 200,000 copies per week. Added to that, a print run, initially set at 3m, was raised to 5m copies, as demand far exceeded supply, in the aftermath of the attack. In 2016, a year after the attack, the journal counted 180,000 subscribers, with news stand sales reaching about 100,000 per week.

Although, up to now, Charlie Hebdo has been able to meet the security costs of 1-1,5m euro’s per year, the question remains for how long will it be able to do so. Charlie Hebdo continues in its own inimitable style, to shock and displease the public, possibly alienating the very readers that it attracted, following the attack.

Once the funds have been spent, Charlie Hebdo will have to survive on its own, without the help of a press group, and without advertising revenue. If we assume that the paper’s circulation returns, more or less, to its pre-2015 level – 30,000 copies per week – is it really acceptable that a member of the Western press be forced to spend half its revenue, on insuring its own security?

Some would argue that Charlie Hebdo got what it deserved. These are, of course, the very same who value freedom of expression – in particular, freedom of the press – and think nothing of the headlines emanating from certain mainstream papers, that incite hatred and violence. Liberty of expression is universal, and not chosen “à la carte”.

This liberty, vital and indissociable from our democracy, is becoming a luxury item, in the same way that sports cars are, together with the rivers of diamonds in the Place Vendôme… – Charlie Hebdo

You will never understand Charlie Hebdo, if you become blinded by its cartoons. Charlie Hebdo makes fun of everyone, whilst expressing in its articles, extremely serious, and salient, opinions. In this week’s edition, in an article relating the lives of the Charlie Hebdo journalists and cartoonists, post-2015, you can read what happened to one of the journal’s reporters. The journalist’s brother wanted to deliver him a package, at his house. Not finding him at home, or a neighbour who could deliver the package for him, he decided to leave it on the doorstep. Of course, a nosy neighbour had witnessed the whole scene from the safety of her half-closed shutter. She immediately called the police, who arrived with a bomb disposal team, to carry out a controlled explosion. The journalist recalls the surprise he got, when he came home, later that day,

When I came home, the front-door was smashed open, and the entire hallway, right up to the ceiling, was cherry-red….

The cleaning process was long and arduous. Really to be expected, I guess, considering that his brother had left him a crate full of beautiful red cherries. What really made me smile, was the cartoon that accompanied the article. It underscores the fact that Charlie Hebdo journalists and cartoonists make fun of everybody, including themselves. The cartoon depicts the bemused Charlie Hebdo journalist, standing in front of a smashed-up doorway, and a rather annoyed neighbour, who angrily says to him, “and you want me to take up a subscription?”

My answer to the neighbour would have been,“please do, chère Madame, it will surely pay for the cleaners, and probably also help to continue ensuring Charlie Hebdo’s security.”