You are probably aware of the so-called “fight-flight response”, also known as the “acute stress response”. It is a biological reaction to a stimulus perceived as an imminent threat to survival. The response is carried out by the autonomic nervous system – a control system that acts largely unconsciously and regulates heart rate, digestion, respiratory rate, pupillary response, urination, and sexual arousal. 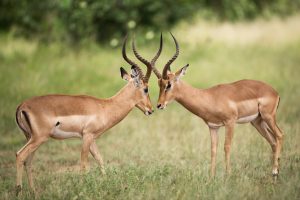 In a fight situation, the menacing force is something you feel able to defeat. In such a case, you go into “fight mode”. Hormones, such as adrenaline, rush into your bloodstream, priming you to fight and defeat the hostile entity. 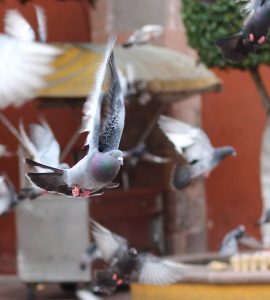 Conversely, if you view the antagonistic force as too powerful to overcome, your impulse is to outrun it – what is known as the “flight response”. The biochemical response is similar to that in the fight situation, and enables you (hopefully) to escape from the impending threat.

The biochemical pathways involved in both the fight and flight responses, are geared in such a way as to give you enough energy and strength to either fight, or escape from, the hostile situation.

Less well-known is the fight-flight-freeze response, which adds a crucial dimension to how you’re likely to react when the situation confronting you overwhelms your coping capacities and leaves you paralyzed in fear.This is what happens if the threat is such, that you cannot escape or fight it. The chances are that you will freeze, an adaptive response that is just as valid as fighting and fleeing. Freezing is not a passive state but rather a brake on the motor system, relevant to perception and action preparation.

To this day, one of the many problems facing survivors of sexual assault, is that they have to face up to questioning that challenges the very legitimacy of their experiences. These questions not only show the lack of empathy of those who pose them, but also ignores the freeze response, responsible for the mental block created by the brain. This represents a biological defence mechanism for coping with intensely stressful situations like sexual assault, and rape.

The following is adapted from a YouTube video, and typifies the experience that rape victims can go through. The video is in French, and I’m summarizing what the victim shared in her video.

I was walking home one night, from an evening out with friends, when I noticed that 2 men were following me. I wasn’t sure, so I stopped walking, took out my cell phone from my pocket, and pretended to phone. They walked passed me and whilst I was putting my phone back, one of them grabbed me by the shoulders and immobilized me, forcing me to get on my knees. My brain refused to believe what was happening. Everything remains blurred, so I’m not sure when it all started. But one thing I am sure of, I was no longer in my body. I was watching the scene from above, as if floating in the air. I slowly came back to my senses, and tried to forcefully pull away an arm that was covering my mouth. What shocked me is that, when it was all over, both my hands were still in my trouser pockets. It is then that I realised that I didn’t even put up a struggle. Trying to pull the aggressor’s arm away from my mouth was all in my imagination.

The victim was lucky because although the street was deserted, local residents managed to see what was happening, and came to the victim’s rescue.

Dr. Muriel Salmona, a French psychiatrist specializing in sexual trauma, and founder of an association helping trauma victims, explains that this survival mechanism occurs when an individual experiences a brutal emotional and physical shock. The shock causes the secretion of adrenaline and stress hormones in such large quantities, that the brain cuts itself from reality, in order to preserve the vital functions of the individual. In doing so, the victim becomes an easy target for both physical and mental manipulation. It can be compared to the blowing of a fuse in an electrical system that has become overloaded.

It is precisely this “dissociation” between the victim of rape, and the rape itself, that makes the reporting of the aggression to the police, so difficult. In many cases, the victim feels so ashamed of not having resisted the rape, that she doesn’t dare report it. She is unaware that the reaction of freezing is a normal biological response to an intense situation. For the women who do report a rape, it is not uncommon for their testimonies to be vague and inaccurate – again due to the biological phenomenon of freezing.

On April 26th, a Spanish court handed out a 9 year prison sentence to 5 men who filmed themselves forcing a young girl to engage in oral sex and unprotected penetration, at a Pamplona beach party, in 2016. The charge of rape was dropped because the film of the incident showed no evidence of violence or intimidation. Violence and intimidation are two necessary requirements for rape under Spanish law. Although the decision can be revoked by the Supreme Court, the present ruling poses an important question concerning the fundamental definition of what rape actually is. Namely, the question of whether a woman must risk her life by fighting back against her aggressor, in order to prove that she has been raped. The widespread protests that followed the announcement of the sentencing underscore the profound indignation felt by many women, concerning the interpretation by the judges of what violence actually is. The chanting of the slogan, “They don’t believe us, unless they kill us”, during the demonstrations is a reminder of another case – Diana Quer – a Madrid teenager who died after trying to fight off a man who tried to sexually assault her. She disappeared in August 2016, in the seaside town of A Pobra do Caramiñal, after having attended village parties.

The fundamental question that is not even thought of, yet alone posed, concerns the boundary between corporal and mental violence. The court ruled that although the defendants were in a state of superiority, no intimidation took place. The court’s definition of intimidation was in accordance with case law, and is, “psychological duress, consisting of the threat or the announcement of future and real serious harm if the victim does not agree to participate in a determined sexual act.” It seems quite obvious that the 5 men had, in fact, used their position of superiority to make the woman stay quiet and do what they wanted, and this is surely an act of intimidation. If intimidation had not taken place, the defendants should have been acquitted, and not have been handed out a “middle of the road” sentence, as appears to be the case.

Resisting a sexual assault is generally thought to be the “normal reaction” of the victims. Failing to do so may even cast doubts as to whether rape actually took place. But recent studies show that, for the majority of rape victims, a state of temporary paralysis is far from being uncommon.

Tonic immobility during rape is a common reaction associated with subsequent post‐traumatic stress disorder and severe depression. Knowledge of this reaction in sexual assault victims is important in legal matters and for healthcare follow-up. (1)

The French comedian Coluche, once cynically described a rapist trying to defend himself in court by saying, “Your honour, rape is when you don’t want to – but I wanted to.” He described the only difference between the criminal activity of rape, and sex – consent. A huge challenge in judging a rape case, even with physical evidence of a sexual encounter, is to prove that the potential victim did not or could not consent. If the victim is under the age of consent, there should be no problem in classifying the encounter as rape, but even then, it is not as simple as it sounds.

Sexual assault and rape commonly consist of two conflicting accounts of what actually happened. The victim’s account is often emotional and filled with inconsistencies and vagueness, often not helped by a delayed reporting of the incident.

The freeze response that commonly occurs during sexual assault and rape, is just another parameter that complicates the victims’ quest for justice and rehabilitation, after an attack. It is crucially important that investigators and judges be aware of this biological phenomenon, in order to be able to rationally judge individual cases of alleged sexual assault and rape.

False rape allegations are not uncommon, and the rights of the accused should not be overlooked. In the same way that an accused is innocent until proven guilty, a rape victim should remain a rape victim, until proven otherwise.