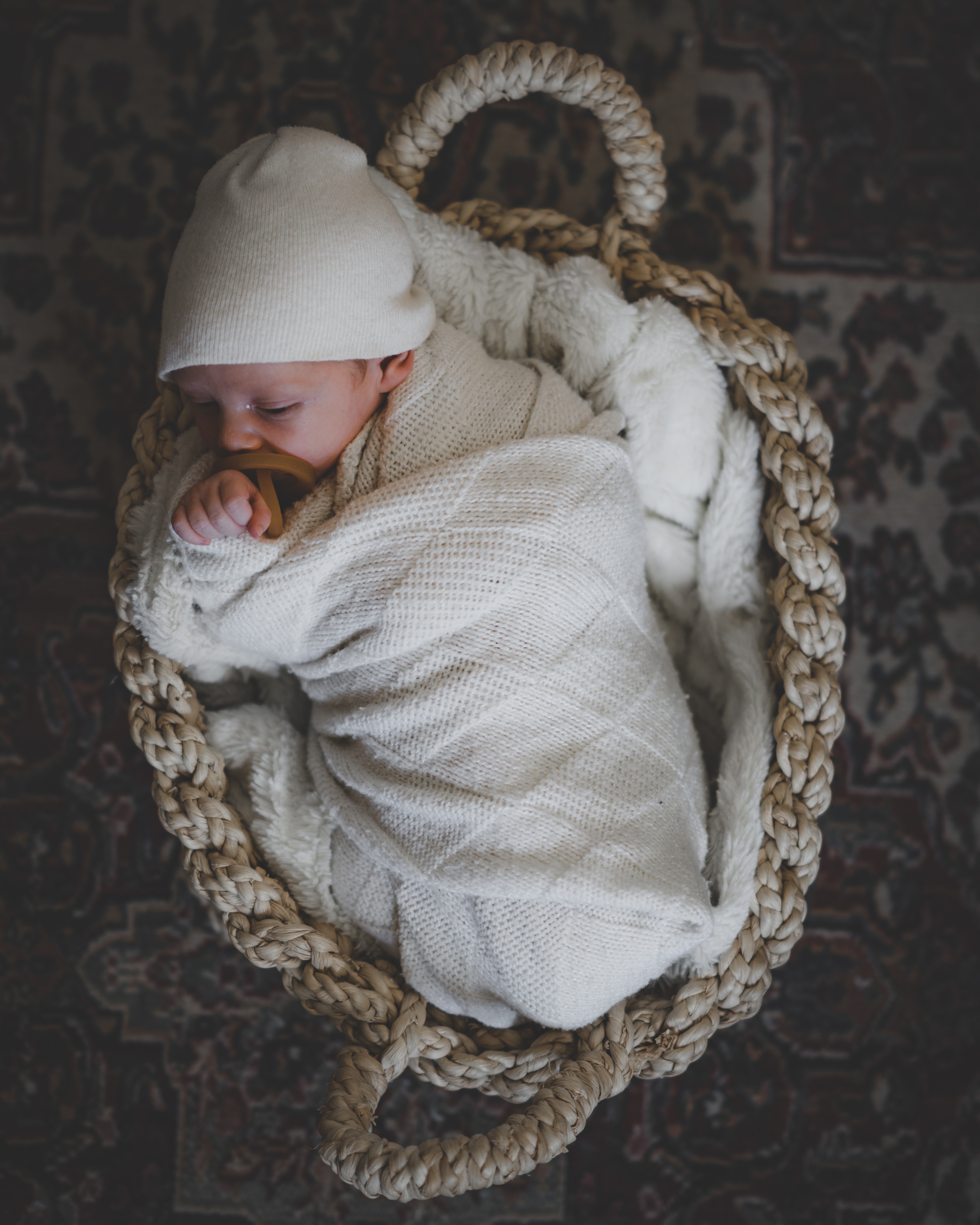 I feel really sorry for all the victims of Harvey Weinstein’s sexual assaults. All that these naive little girls wanted to do, is talk with him about culture. It was just unfortunate that if you happen to be a woman, he immediately gets the urge to unzip his trousers.

There’s an old saying that goes, “culture is like jam, the less you have, the more you have to spread it around,” but good old Harvey was an erudite, and young girls were craving for it – to share his cultural gems, you understand. God forbid, that this was about hanky-panky with a dumb teenager, in the back of an Austin Allegro, on a Saturday night. No, this had class and culture, written all over – the most expensive hotels in Cannes, Berlin, and Venice, and the most beautiful girls whose silence money could buy, all looking to expand their cultural horizons, and professional careers. Never mind the sex, this was about culture. How could it be otherwise with someone who was responsible for Shakespeare in Love, and the English Patient? Unless, of course, an overdose of culture turns you into a parking lot rapist with the IQ of an amoeba.

I’m not one for listening to other people’s conversations, although it does frustrate me to only be able to listen to half of what the girl on the train is talking about, courtesy of her mobile phone. But I couldn’t help digging up that recorded conversation that everybody is raving about – a conversation that does nothing to help Weinstein’s defence, if defence there is. The incredible thing is, however, that just maybe, Weinstein will get away with it, due to his hiring a lawyer who is an expert in defending guilty sleazy politicians. Despite the clarity of the recording, where Weinstein practically admits having groped model Ambra Battilana Gutierrez, the Manhattan District Attorney’s office did not prosecute Weinstein, due to insufficient evidence.

Gutierrez – Why yesterday you touch my breast?

Gutierrez – You’re used to that?

Gutierrez – No, but I’m not used to that.

Weinstein – I won’t do it again. Come on, sit here. Sit here for a minute, please?

I had to read the conversation several times, before coming up with a possible explanation of what didn’t happen, also explaining why the prosecuters didn’t prosecute. It’s a weird conversation, because it appears to have taken place both outside and inside the hotel room. At first, he repeatedly orders her to come into the room, telling her that he was going to take a shower. When she refuses, he orders her to sit and have a drink, only to find out that she doesn’t drink. I presume that they are both in the room, because Weinstein specifies “here”, when ordering her to sit down, and he then orders her twice to go to the bathroom.

Weinstein – Go to the bathroom.

Weinstein – Go to the bathroom – Hey, come here. Listen to me –

If Weinstein did want to force himself on her, it is quite possible that the bathroom would have been a good a place as any. Hence Weinstein’s insistence that he was going to take a shower, and that she should go to the bathroom. When he realized that she wasn’t going to consent, he felt embarrassed and annoyed that a woman could actually have the courage to refuse his obnoxious behaviour, not want to be in the same room as him, and clobber his inflated ego. It didn’t help that the reputation he had gained in the hotel, would be severely dented by the girl’s refusal.

Weinstein – I won’t do anything and you’ll never see me again after this. OK? That’s it. If you don’t – if you embarrass me in this hotel where I’m staying –

Gutierrez – I’m not embarrassing you –

Weinstein – Honey, don’t have a fight with me in the hallway.

I ask myself if Harvey Weinstein had a real love for the cinema business, or was just interested in the potential perks that could come with the job. He was, undoubtedly, using cinema – a vital component of all our cultures – as a pretext to quench his excessive sexual desires. Parallels coud be drawn, here, between Weinstein abusing the system he found himself in, and the acts of malevolent Catholic priests, masked by the untouchable morality of religion. Culture and religion were being used as a cover for savagery.

The 1998 movie, Shakespeare in Love, depicts an imaginary love affair involving Viola de Lesseps and William Shakespeare while he was writing Romeo and Juliet. Several of the film’s characters are based on historical figures, and much of the film’s plot and script, refers directly to Shakespeare’s works. The film, produced by Harvey Weinstein, won seven Academy Awards, including Best Picture, Best Actress (Gwyneth Paltrow), Best Supporting Actress (Judi Dench), and Best Original Screenplay. It is not the first Shakespeare-related film that Weinstein has been involved in. Along with his brother Bob, he was founder of the Miramax Company, and later the Weinstein Company. Both were linked, via production, co-production or distribution, to several other Shakespeare films, including Prospero’s Books (1991), A Midsummer Night’s Dream (1996), a version of Hamlet (2000), The Tempest (2010), and Macbeth (2015).

Regardless of what happens next, there is one of Shakespeare’s plays that would not go amiss in Weinstein’s list of cultural masterpieces. It’s a relatively unknown play, entitled, “Measure for Measure”. The story relates the fate of Claudio, arrested by Lord Angelo, the temporary leader of Vienna, for having endulged in premarital sex. He is condemned to death after his wife to be, Juliet, became pregnant. Claudio’s sister, Isabella, soon to enter the nunnery, pleads with Angelo for Claudio’s life. The latter accepts, on condition that Isabella surrenders her virginity to him. An abuse of power, long before our time. Isabella threatens to denounce Angelo’s corruption publicly, to which he responds with a line that is as powerful as it is simple,

Who will believe thee, Isabel?

It is his word against hers, and he is famous and respected, whilst she is nothing but a woman,

My vouch against you, and my place i’the state,

Will so your accusation overweigh,

That you shall stifle in your own report

And smell of calumny.

Angelo has been toying with Isabella, cynically seducing her and making his intentions known, whilst giving her hope of being able to save her brother, by forfeiting her body. But Isabella would rather lose her brother than her soul. She is angry, and her anger represents the anger of all women who have to accept the consequences of sexual abuse, by men who are in a position of power,

More than our brother is our chastity.

Do notice how she uses the word, “our”. This is not only about herself, but concerns all women who suffer the same fate.

The women, whose fate included spending a few minutes in Harvey Weinstein’s hotel room, have been kept quiet not only by the brandishing of astronomical sums of money, but by the sheer attractive and hypnotic powers displayed by the man himself. This was not about physical looks, but about psychological power. For the actress, Ashley Judd, who was asked by Weinstein to watch him take a shower, and give him a massage, it was an unanswerable conundrum of how to get out of the room quickly enough, without upsetting the producer.

During the Oscar ceremony of 2013, actor Seth MacFarlane, having announced the five nominees for best performance by an actress, jokingly said, “Congratulations, you five ladies do not have to pretend anymore to be attracted to Harvey Weinstein.” The public found it funny, and laughed, not realizing the acrid truth of MacFarlane’s remark. It reminds me of that awful moment, all those years ago, when much-loved English comedian, Tommy Cooper, keeled over backwards and sat motionless on stage, after having put on an outfit that he was so famous for. The public also found it amusing, not realizing that their favourite comic was dying before their very eyes. Decidedly, jokes are at their funniest, when made at someone’s expense.