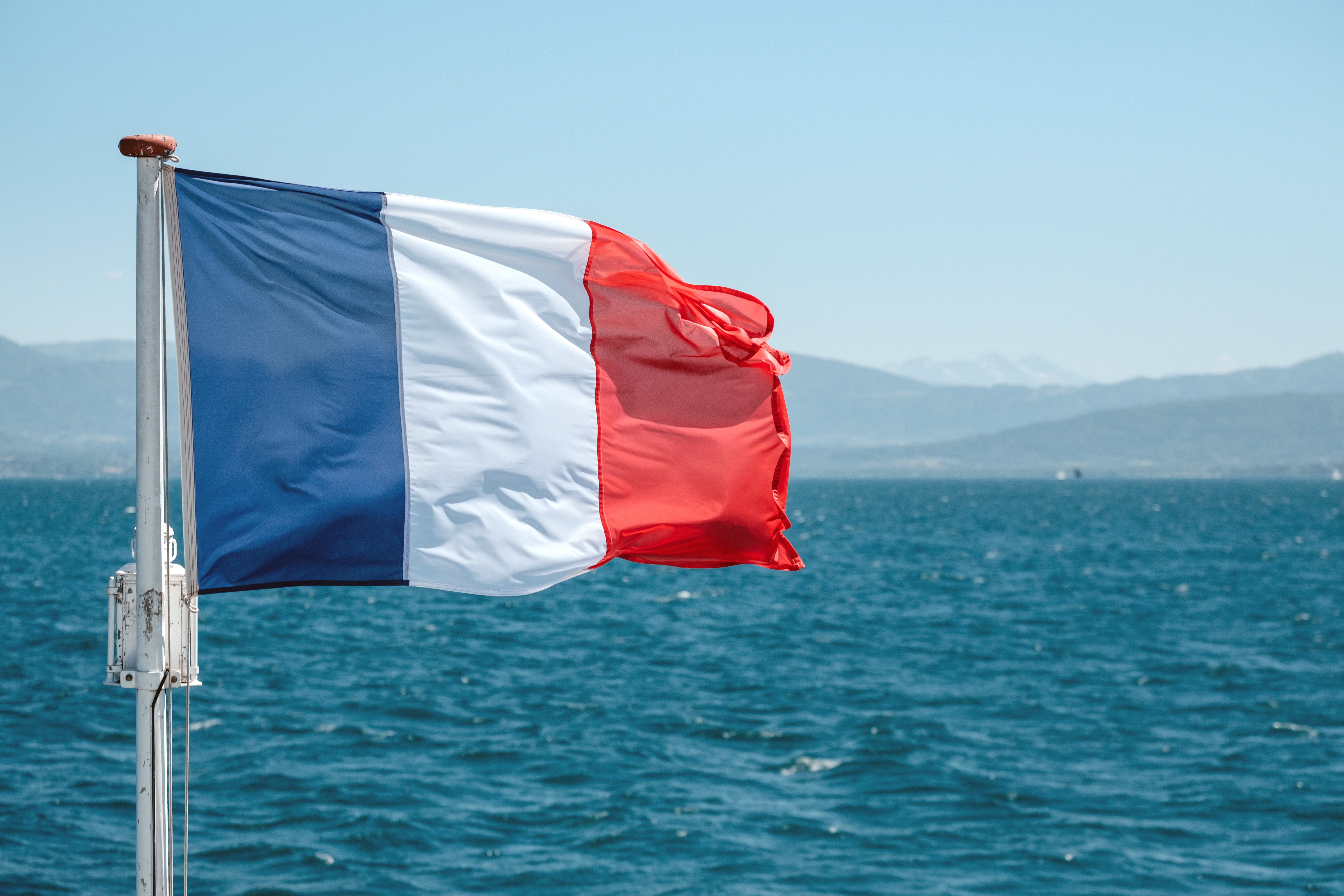 And there I was, thinking that all you needed to play football for your national team was (i) citizenship, (ii) more than average skills and, (iii) to be picked by the trainer. Silly me, I must say. It was pretty much obvious that you must also be of the appropriate ethnicity, to avoid cynical remarks about race, from world-wide purists.

Not all of those folks look like Gauls to me, but they’re French… – Barack Obama

Obama may have meant well, but such remarks, coming from a former American president – a black American president – only ensure that racism is alive and well, and living ungracefully in a neighbourhood near you. He is only reaffirming what we already knew, of course, that black people run faster, jump further, and play better football than whites. Well, black people are not that bad after all. I even wonder if France could have won the World Cup with a bunch of well-trained and talented monkeys.

Some, needless to say, went even further, by suggesting that Africa – and not France – had won the World Cup.

The French team looked like an African team, in fact it was Africa who won. France won thanks to African players or the sons of Africans. – Nicolas Maduro (President of Venezuela)

All the players exept two, who arrived in France as toddlers, were born in France. This makes them technically, more French than I am. To continue to remind them of their African ancestry is akin to treating them as “not quite French like us,” and is nothing short of racism.

The last time France won the World Cup, in 1998, everybody hailed a unified country, and the famous “Black, Blanc, Beur,” (black, white, mixed Algerian) was branded at every street corner, and made an appearence in every newspaper. It was to symbolise how black people and French Algerians could integrate a French team and send France to the top of the class.

This time around, the victory of the French football team is all about the French Republic, and what it should represent. Antoine Griezmann set the tone, after the French victory against Argentina, by shouting during his post-match interview, “Vive la France, Vive la République” (Long live France, Long live the Republic).

Is colour-blindness the answer? 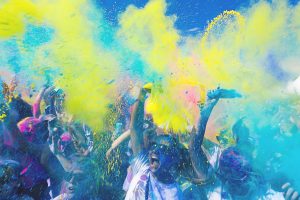 I really wish there were a straightforward answer to the question of racism. Unfortunately there isn’t, and never will be, for the simple reason that identity politics is here to stay. It’s a phenomenon that not only affects black people, but also the LGBT community, Muslims, dwarfs, and red-heads. In the name of individualism, you are allowed to be who you are, when you are, and defend who you are, alongside others like you. You must certainly not be discriminated against – but God forbid you should be ignored. Of course I endorse the former, but what about the latter?

Naively, I thought that the best way to combat racial prejudice was to ignore that black footballers were actually black, and playing for France. This racial ideology, known as colour-blindness, actually does the opposite of what I thought it would do. By ignoring that black people are black and oppressed, and by personally treating then as equal to yourself, you are actually exercising a form of racial prejudice, by not taking notice of their oppression which they continuously shout about. It’s quite simple, really, and can be broken down into 4 sequential steps: (1) I ignore the fact that you are black, (2) I omit to talk about race. (2) implies that, (3) I don’t understand your problem, and (3) implies that, (4) I am in no position to fix it.

For psychologists, in particular, this poses a problem. When trying to help a black schoolchild who is in serious difficulties at school, the psychologist must not only take into account the child’s family background, but also the ethnic background. How patients perceive and experience their ethnicity and, indeed, the therapist’s perception and experience of his own ethnicity, are important factors that play a role in shaping the patient/therapist relationship and treatment outcome.

Inferior human being, or inferior civilisation? 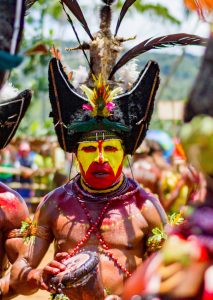 On July 28th, 1885, the French education minister Jules Ferry, vented the merits of French colonialism, in a speech delivered to the Assemblée Nationale,

There were opponents to this undefendable justification of French colonialism, none more so than Georges Clemenceau, who was eventually responsible for the downfall of Jules Ferry’s government,

There we have it, in his own terms, Monsieur Ferry’s thesis, and we see the French government exercising its rights over inferior races, going to war against them and forcefully converting them to the benefits of civilisation. Superior races! Inferior races! I reprimand this singularly since the time I heard German scientists demonstrate scientifically that France should be defeated in the Franco-German war, because the French race is inferior to the German one. Since then, I admit, I think twice before turning around towards a man and a civilisation, and pronouncing: inferior man or civilisation! – Georges Clemenceau

It does seem that, generations later, our attitudes towards other “races” have not changed, and follow the same logic, but this time in reverse. Having “civilised” them, we now refuse to admit and accept that they have a place in our so-called “civilised” societies.

We are all African 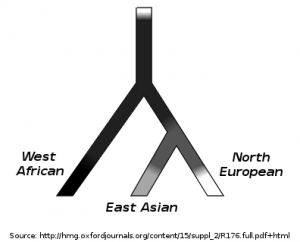 Nicolas Maduro is right – Africa has won the World Cup. Not because most of the French players are from African origin, but because we all are. Everybody knows that Man’s dark-skinned communal ancestor lived in Africa, some 200,000 years ago. Dark skin evolved along with body hair loss and reflects the preservation of ancestral genes that travelled around the globe. A study, published in Science, provides evidence that dark skin gene variants from Eurasia can be traced to Africa. And, you might have guessed it, some of the mutations responsible for lighter skin in Europeans turn out to have an ancient African origin. 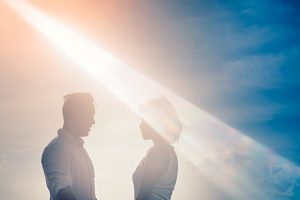 Imagine this scene in a bus. An old lady is sitting by a window-seat. In comes a dark-skinned young man, wearing a sweatshirt with a hood, jeans, and sneakers. Out of his headphones, the continuous beat of rap-music can be heard. He sits down next to the old lady, who visibly becomes nervous, and clenches her handbag. The young man notices this, and changes places.

French philosopher, Emmanuel Levinas, had it over “le visage de l’autre,” the face of the other. He described that the face of a human being is responsible for awakening intense inner feelings of responsibility in the eyes of another. In this way, if you encounter a beggar in the street, asking for money, you may decide to ignore him, but you cannot escape the fact that you have seen him. This immediately poses the problem of whether you help him, or not. For the old lady in the bus, the young man’s skin colour was enough to trigger all her preconceived notions concerning people of colour, and how she should be weary of them.

Whereas, for Levinas, the “other” should lead to a feeling of compassion, this is not the case when you feel confronted to, and threatened by, an  “otherness” you find hard to explain and accept, for whatever reason. It is not so much their physical body that disturbs, since most people now accept that there are no distinct races. This genetic racism, which once existed, has been replaced by a cultural one. The little old lady in the bus is not scared of the black teenager because he is physically black, but because he is, more than not, going to behave as a black teenager.

In this way, racism – which can be traced back to Roman times – has gone from a discrimination based on genetics, to one based on socio-cultural status. Black people should either stay at the bottom of the social ladder of our Western societies, or return to Africa. It is a political and cultural threat to the very existence of white people, that black people even contemplate receiving the same education, and postulate for the same jobs.

The previous paragraph, of course, represents the views of those who abide by racism. Needless to say that I am totally opposed to such views.

It is also important not to underestimate the counter-reactions of black people (and other minorities), to the way we treat them. For example, as mentioned earlier, I thought that colour-blindness was a good way of combatting racism, but apparently, it is not.

I must admit that I am at a total loss here. Namely, how I avoid expressing racial prejudices that I am convinced I do not have. It seems that avoiding the subject is not the answer, but being obcessed by it, is not much better. Even philosophers, who are supposed to have all the answers, are hard pressed to come up with solutions to combat racism. Contrary to race, racism firmly exists in our daily lives. Each society produces its own brand, and must also come up with its own answers.