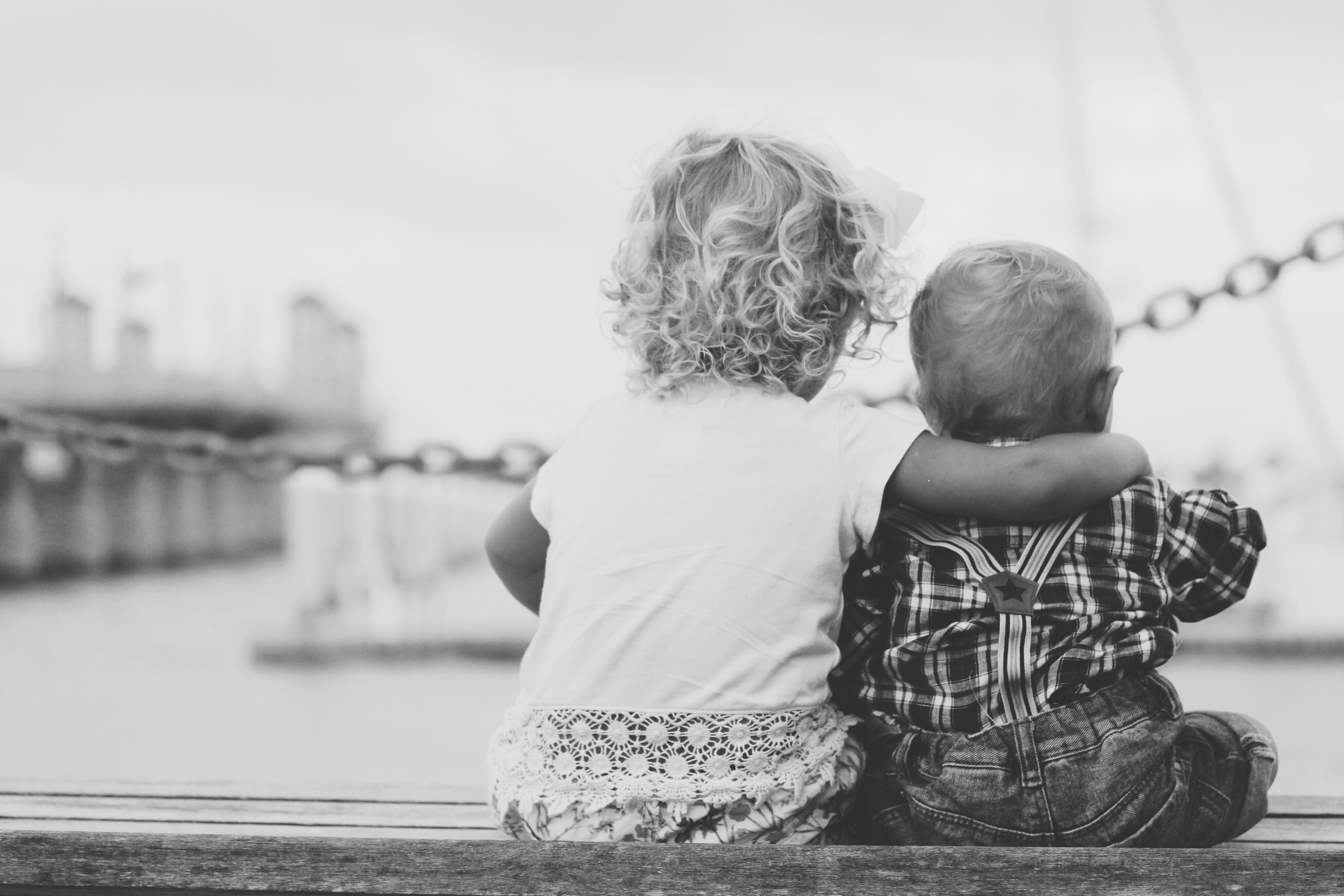 Bilingualism isn’t all fun, I’m afraid. There are certain words in English that I loathe, and there are certain words in French that I hate, when I’m forced to spell them. I still haven’t found a way of remembering that the French word “adresse” and English word “address” are spelt differently whilst, apparently, meaning the same thing. Believe it or not, even writing that last sentence got me into trouble – I just block on seeing that word. I panic. One “d”, two “d’s”? God knows I’ve seen and spelt the word thousands of times, but I still hesitate like a second-year French or a first-year English student. At least in Dutch I have absolutely no trouble in spelling “adres” – it’s the rest of the sentence I have trouble with!

Maybe two complete languages are too much for my little brain, and maybe I’m living in the fast lane. Is it possible that my intellectual capacity and spiritual growth be halved instead of doubled, and am I even showing signs of retardation and/or dementia? 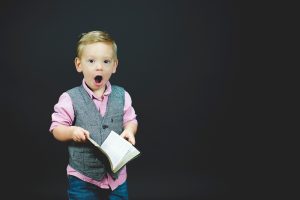 The last comments are not my own but reflect what learned people thought about bilingual children, before science showed them otherwise. I don’t feel any less intelligent or more clever than most people who know just one language, despite the fact that recent research points to structural differences in the brain, that are related to the simultaneous use of two languages. One thing I do know, is that I feel deeply privileged to be able to fully immerse myself in two wonderful cultures.

Karl Kim, of Cornell University, used functional magnetic resonance imaging to analyse the spacial relationship between native and secondary languages in the brain cortex. Results suggest that, “within the frontal-lobe language-sensitive regions (Broca’s area)1–3, second languages acquired in adulthood (‘late’ bilingual subjects) are spatially separated from native languages. However, when acquired during the early language acquisition stage of development (‘early’ bilingual subjects), native and second languages tend to be represented in common frontal cortical areas. In both late and early bilingual subjects, the temporal-lobe language sensitive regions (Wernicke’s area)1–3 also show effectively little or no separation of activity based on the age of language acquisition.” In other words, learning a second language during childhood results in the stimulation of the same regions in the brain, whereas later acquisition of a second language results in the stimulation of similar but distinct regions.

Arturo Hernandez, of the University of Houston, suggests that it is the degree of fluency that dictates the areas of the brain that are used, rather than the age at which the language is learned. Subjects who are completely bilingual use the same parts of the brain, no matter what language they speak or listen to, whilst others, who are less fluent, use different and distinct areas for comprehension and expression, respectively. 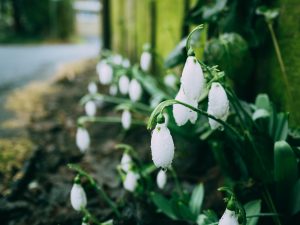 Be that what it may, I do feel distinct differences when I speak, read, and listen to, my two native languages that are French and English, compared to Dutch. When I’m reading an English text, for example, I feel that I’m able to completely shut off my French language centre, and operate completely in English – including thought processes. The same applies to French, but not to Dutch. Having lived nearly twenty years in the Netherlands, I feel that for ordinary conversations, I don’t have to constantly attempt to get my word order correct. Reading journal articles, though, is manageable but markedly harder. My greatest difficulties concern writing in Dutch – probably because of lack of practice, but also due to the fact that my Dutch language centre, located somewhere in my cortex, does not function with the ease with which my English and French ones do, and cannot switch the latter off. The combined competition of English and French means that my Dutch has a strong English resonance regarding vocabulary, and my words are constantly pronounced “à la française.” – which makes some Dutch people think that I’m German, for some odd reason! A glaring example of my bilingual exploits occurred one winter, when I talked to someone about “sneewdropjes” (my translation of “snowdrops”) instead of “sneewklokjes” (literally meaning snow clocks), which is the correct word for snowdrop.

Ellen Bialystok, a cognitive neuroscientist, may have the explanation why I can’t spell “adress” in English (spelling mistake intentional). In an interesting review entitled, “Bilingualism – The good, the bad, and the indifferent,” she writes that not only do bilingual children have limited vocabulary in both languages, when compared to respective monolingual children, but they have to block the influence of one language on the other. 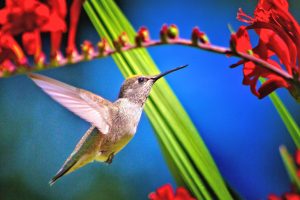 On many occasions, I find that there is a word that I don’t know in English, but do in French, and vice versa. For example, if you were to ask me what the French word for “hummingbird” is, I would not be able to answer you, unless I looked it up, first. The same is true for the French word, “épervier” – I have no idea what it is in English. The problem, in many instances, is more one of switching languages than not specifically knowing the word in either language. I know the corresponding words in both languages, but make no connection between them. Having just looked up “hummingbird” in French, as “colibri”, the latter is a French word that I know, but just couldn’t make the translation from English. However, “épervier” is translated as “sparrowhawk”  – a word that I wasn’t familiar with, I admit. The problem is most visible with technical words, or words that you do not use very often.

Although bilingualism may have a negative effect on the amount of vocabulary one has in each language, the ability to block one language when speaking the other seems to enhance the brain’s executive functions – the ability to react to different stimuli, blocking those that are not specific to the task at hand, whilst paying attention to those that are (synonymous with multitasking). Ellen Bialystok cites the example of a grammatical judgement task where children were capable of detecting grammar mistakes in a sentence such as, “apples growed on trees,” but where bilingual children were more successful than monolingual children in detecting that an anomalous sentence such as, “apples grow on noses,” was grammatically correct, despite it not making sense. I had a similar experience at a post-graduate workgroup, where the lecturer asked us to count the number of words beginning with the letter “T” in a couple of sentences that were written in English. The vast majority of native Dutch speakers got the answer wrong, presumably being distracted by the longer words, and forgetting words like “the” and “to”; something that I did not do.

The evidence that bilingualism boosts short-term and working memories is inconclusive, with bilingual children performing just as well at various memory tests as monolingual children. This leads Ellen Bialystok to conclude that,

Bilingualism is one of the experiences capable of influencing cognitive function and, to some extent, cognitive structure. The effects, however, are not simple; the language deficit and the control advantage interact for bilinguals and monolinguals, but not in a way that can be simply defined as better, worse, or indifferent. 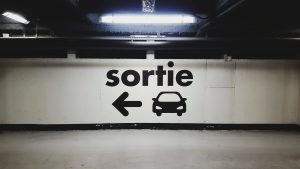 Bilingualism may not seem to influence short-term memory in children, but could maintain the health of their grey matter, for many years to come, by augmenting it. Consistently having to choose between which language to use, and blocking one language centre for use of the other, avoids the “use it or lose it” phenomenon, where the brain – like unused muscles – eventually wastes. A direct consequence of this is evidence that the onset of Alzheimer’s disease may be delayed for up to five years.

By the time my son was born, I had read a couple of books on raising children in a multilingual context. I was receiving conflicting information and advice on what to do. My situation was further complicated by the fact that I was dealing with two or even three separate languages at home, that differ from the language of the country we live in. My wife speaks Spanish most of the time, but I was faced with a difficult choice of speaking English, French, Dutch, or any combination of the three. All the authors that I read seemed to agree that it is best that a parent sticks to one language to avoid confusing the child. But the question of whether the parent should stick to his native language or use a language that he doesn’t fully master remained unanswered. Realising that almost all Dutch people speak really good English, I concluded that he would do likewise, and learn English at school and by watching subtitled films. I decided to speak to him in French from the minute he was born. Now that he is older, I speak a mixture of Dutch (that he often corrects or makes fun of) and French.

Now in secondary school, he understands a lot of Spanish and French, although he always answers back in Dutch. Is it a coincidence that his best subject at school, by far, is French? One day, I was talking to him in Dutch and he said something to me that made me smile. I answered by saying, “tu es rigolo.” He looked at me, “rigolo – that means funny, doesn’t it?” And funnily enough, it does. I just wonder what his grey matter would be like, if he spoke all the languages he understands, but is unwilling to use.