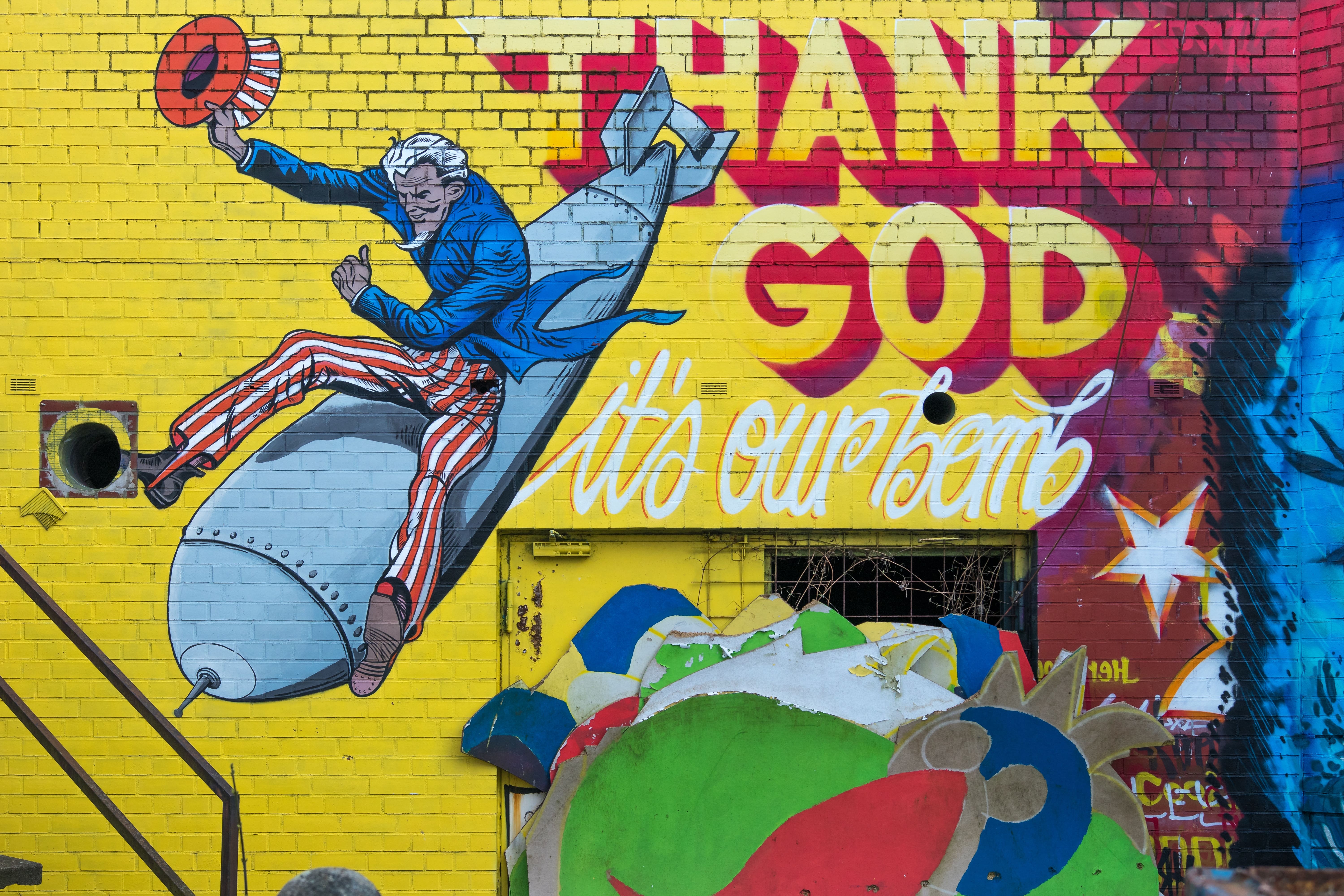 The cancelled Dutch cartoon competition was not about Islam. It was all about Geert Wilders. 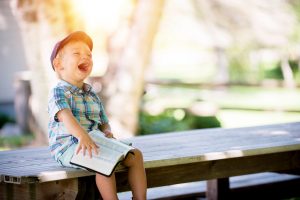 It was way too long since we heard from the flamboyant leader of the Dutch extreme-right-wing party PVV, Geert Wilders. Let’s face it, the Dutch parliamentary elections are a thing of the past, and the present coalition is doing very well without him – putting up the price of milk whilst, at the same time, distributing tax cuts to multinationals, right left and centre. So it was about time that “golden boy” of Dutch politics did what he knows best – getting noticed whilst embarrassing his opponents. Because let’s face it, Geert Wilders wanting to organise a Muhammad cartoon competition isn’t about free speech at all. It is all about Geert Wilders.

Geert Wilders wants to demonstrate that Islam is not compatible with free speech, and here’s his recipe:

Step 1: organise a cartoon competition that you are sure will be cancelled,

Step 2: allow Islam anger to simmer for a few weeks. Do not allow to boil,

Step 4: consider yourself a victim of Islam.

It’s a recipe that works. The Pakistani mobs get their knickers in a twist, demanding that Geert Wilders be hanged, and that the Netherlands be destroyed by a nuke. Well, at least custom officials at Schiphol are warned. Anyone flying in from Islamabad, who is found with a piece of rope in his luggage, will be refused entry to the Netherlands. As for the nuke, Pakistan will have to locate us on the world map first (yes, the Netherlands is small, but cute) before firing anything. It gives me plenty of time to go to IKEA and buy a nuclear bunker, with an integrated kitchen.

Of course, the Pakistanis aren’t the only ones going crazy over a competition that will never take place. The Dutch government is caught in two states of mind. Whilst defending freedom of expression, prime minister Mark Rutte clearly doesn’t endorse the idea of such a competition being held, especially when looking back at what happened with the Danish cartoons. However, freedom of speech in the West is as sacred as Muhammad himself, and Mark Rutte upheld this freedom by not doing anything to prevent the competition from being organised.

For Geert Wilders, whose extreme-right-wing PVV party is the second biggest party in the Netherlands, it’s a way of reminding people that he is still around, in case anybody still wants to vote for him, in the upcoming European elections. It’s a time to remember that Islam is still very much around too, and that Geert Wilders hates it just as much as everybody else. Paradoxically, it is the exaggerated and violent protests in Pakistan, that serve to put Geert Wilders back in the political limelight. 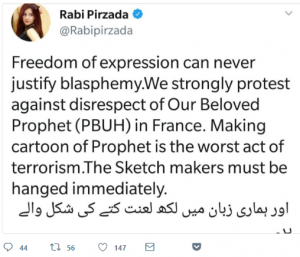 Muslims who are inextricably caught up in the entangled wires of the Quran, cannot be expected to hear reason, yet alone accept satire that is directed against their beliefs. They have no idea of what freedom of expression entails, in the West. They cannot appreciate the fine line that divides well thought of satire, from incitement to hatred. In this way, the Pakistani artist, Rabi Pirzada, expresses her violent outrage concerning freedom of expression justifying blasphemy. No, love, it’s called satire. And where I come from, satire is just as sacred as this Muhammad guy, you keep on about.

Although freedom of expression is a fundamental right in our societies, we must ask ourselves if this right is not accompanied by a sense of responsiblity concerning the freedom with which something can be said, or with which one can express controversial views. We teach our children to think before they speak, in order not to say something silly or disrespectful. In the same way, it is not up to politicians to be  disrespectful whilst they are in office. Satire belongs to satirists, and cartoons to cartoonists.

Poor old Rabi Pirzada was further confused with how the West views freedom of expression, when her Twitter account was suspended because of tweets that incited violence. Now, come on dear, you cannot have it both ways. And count yourself lucky that you weren’t hanged by atheists.

Whilst a satirical publication like Charlie Hebdo can and must be defended, goofing politicians like Geert Wilders and Boris Johnson, must be criticized when they defy their own responsibility. However, it must not be forgotten that even they have the right to say what they say, and do what they do, in the same way as we have the right to criticize what they do say, and what they do do – if you know what I mean.

Although the organisation of a cartoon competition should serve no purpose other than to ridicule everybody and everything, the one organised by Geert Wilders did have an ulterior political motive – namely to provoke a Muslim reaction that would underscore the failure of Islam to allow for free speech and opinions, and negate the need for dialogue – which Geert Wilders clearly does not want. Unfortunately, the former is something that we already know, and we need no further proof of Muslims’ refusal to accept either criticism or satire that are directed against their faith.

The Pakistani prime minister, Imran Khan, has suggested that Muslim countries should, “come up with a collective policy [on blasphemy] that could then be brought up at international forums.” In the same way that those who cast doubts on the truth of the holocaust are punished, so too should those criticising and/or making fun of the Islam faith.

That is because they realise that this is something that hurts the sentiments of the Jewish community. We need a similar policy for this matter so that people do not repeatedly hurt our sentiments. – Imran Khan 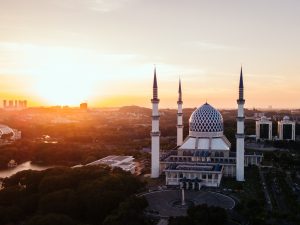 Imran Khan seems oblivious to the fact that being obsessed with wanting to protect a long-dead prophet, and scriptures that have been constantly (mis)interpreted, is nothing like respecting a historical horror that actually took place, and the result of which still affects families today. I am sure that my paternal grand-parents died in a concentration camp or in the Warsaw ghetto, but am not so sure that God or Allah ever existed.

Fundamental Muslims use satirical cartoons in the same way that they make use of our criticisms concerning Islam –  as ammunition to fight back against the West. Must we accept that they have no understanding of satire, such an intrinsic part of our societies?

The Islamic world has never evolved beyond its golden age. It is a world full of warped fundamentals that are shaped by an everlasting cognitive dissonance of its people. Notions which have long been put to rest by Western universities, and Western media, survive and are rampant in Muslim countries. As long as Islam does not accept that whole areas of thought and history should not be immune to scrutiny and its twin brother, mockery, the latest victims of Islamic cars, bombs, and knives, will surely not be the last.

Politicians do not need to be funny because it is one of the riches of the Western world to have many talented comedians, skillful cartoonists, and people like you and me, to do the mocking of any religion for them.

We must not continue to denigrate those whose job it is to be satirical, and tell us when our society is straying from its moral high ground. If we do, there may come a time when there are no satirists left to tell us where we are going wrong, and why. There is nothing the religious and political establishments hate more than ridicule. From the Punch magazine of the mid-19th century to the Charlie Hebdo of today, embarrassing political and religious abusers of power, is a good enough reason to treasure satire – good old subversive satire.