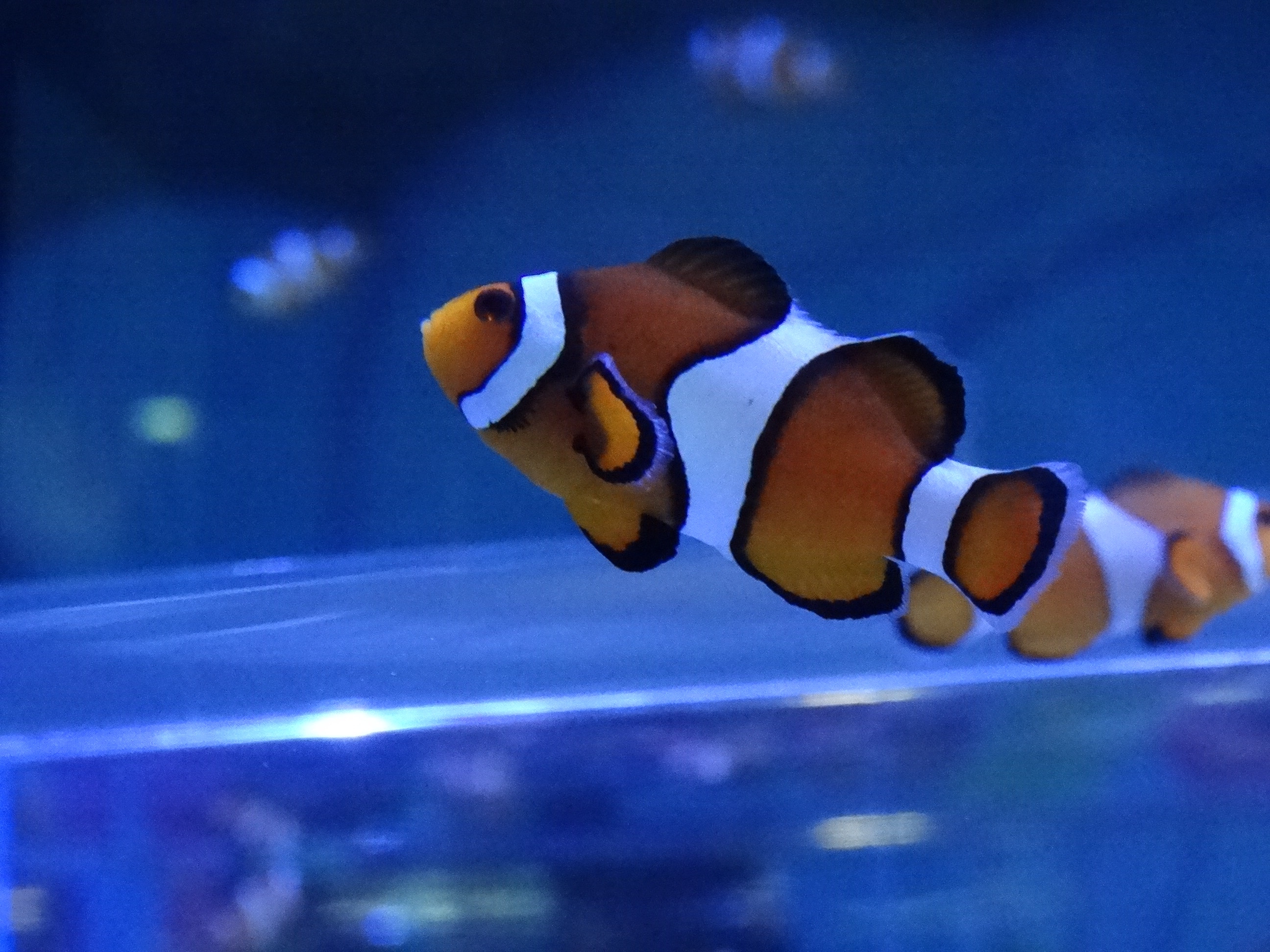 Jacob Rees-Mogg’s comments on just about everything  – from the inevitable Brexit, his hatred of anything remotely gay, to the acceptance of adultery – contain an acrid mix of intellect and populism. In contrast to Donald Trump, whose lack of knowledge concerning so many world matters makes him hard to be taken seriously, Rees-Mogg mixes upper-class elitism, a British hatred of anything beyond Calais, and a pretence to care about his own people. Karl Marx’s adage that, “history repeats itself twice, the first time as tragedy, the second time as farce,” may prove to be right, but not necessarily in that order.

“Moggy” may just like the sound of his own calm upper-class voice, describing Remainers as “cave dwellers”, rather than saying anything sensible. Even when he does say something that could be remotely sensible like, “You are proposing a simple question for a set of complicated circumstances,” he is uttering wise words for the wrong reason, alluding as he was to the possible economic effects of a no-deal Brexit, rather than to the question posed in the 2016 EU referendum. But if he does mean what he says, Rees-Mogg’s set of values, which he pertains to be Christian, are synonymous with a political agenda that is as calculated as it is dangerous. Here is a guy who follows Christian values by not condoning Boris Johnson’s escapades between the sheets, accepting disrespectful comments concerning Muslim women, and whose hatred of abortion and LGBTQ rights reflect a profound contempt for any sort of morality and respect for minority groups. This man is as dangerous as Donald Trump, and he’s not half as funny.

I don’t think that everlasting eternal moral principles go very well with the day-to-day practice of government and legislation.

Apart from the fact that “everlasting” and “eternal” are synonyms, I find it hard to believe that he questions the universal practicality of banning slavery, upholding the right to a fair trial, and prohibiting torture. Of course, being a man of integrity, as well as a father of six, Rees-Mogg does have a set of values that are eternal and absolute. These values are dictated to us by the Catholic church.

In terms of moral absolutes, I have no difficulty wearing a Catholic hat to accept them. There are very clear moral absolutes that are established by the church. But the state is something very different from that…

In his latest comments concerning UK life after Brexit, Jason Rees-Mogg has just done the European Research Group (ERG) proud. This is a group that we already knew was anti-EU – and that’s fair enough – but now we know it to be absolutely clueless when it comes to giving us alternatives to the monsters in Brussels. In a recent interview on BBC’s Newsnight, Crispin Blunt refused to divulge the ERG’s alternative proposals to Theresa May’s Chequers draft, claiming that the ERG position is “irrelevant” in the absence of any agreement between London and Brussels. This is a good enough reason to stay quiet, I would have thought. Instead of staying quiet, though, the ERG and Rees-Mogg in particular, insist on coming out with eye-catching headlines and provocative arguments that are not supported by facts and even less so by arguments. Whilst backing the report claiming that a no deal Brexit would boost the UK economy by £1.1 trillion over 15 years, Rees-Mogg contradicts his own views on what really might happen in the absence of a deal,

We won’t know the full economic consequences for a very long time.

The overwhelming opportunity for Brexit is over the next 50 years.

The truth is, of course, that nobody knows what the economic consequences of Brexit will be. The only thing we do know, is that millions of EU citizens will have their rights revoked. If politicians contradict themselves in such an obvious way, they must not be surprised that some voters will be attracted to political parties who advocate policies that are extreme but clear, whilst others will not vote at all.

Jacob Rees-Mogg’s “dangerosity” goes much further than the trivial question of Brexit. His views and moral stance challenge the very nature of the sectarian morality that we all must abide by. Asked about his views on same-sex marriage, he commented, “I’m a Catholic, and I take the teaching of the Catholic Church seriously.” He cynically hides his opposition to same-sex marriage by repeatedly supporting the Catholic Church in its views on the matter, but does not consider this to be synonymous with him opposing LGBTQ rights. His opposition to abortion – under any circumstances – is clear because, “it affects the lives of others.” His “Yes, I’m afraid so,” answer to whether this applies to cases of rape and incest, just goes to show how far Rees-Mogg lags behind the times. Although he reassured us that , “there is no question that any of the laws would be changed,” I cannot help but think what he would do, as prime minister, if they could. Surely a politician who despises the gay community, applauds tax cuts for the already wealthy, supports worker’s exploitation by endorsing “ zero hour” contracts, and possesses two vintage Bentleys, cannot be trusted to unite a country that is falling apart.

Earlier this year, Donald Trump referred to North Korea despot, Kim Yong-un, as “Rocket man”, following North Korea’s umptienth nuclear missile test. If Trump was being inspired from the title of one of Elton John’s songs, we could borrow the title of another Elton John song, “Madman across the water,” to describe an American president who is starting to defy American history. Jacob Rees-Mogg could also have his place amongst Elton John’s masterpieces, since his attitude towards global warming and human rights could be best described as, “I don’t care.”

Concerning climate change, Rees-Mogg’s reasoning is that it’s no use combatting something that is going to happen anyway, and that current efforts to combat global warming will have no effect for hundreds of years. He cites  the Netherlands as having survived for years under sea-level, as an example to follow in the fight against flooding. If they can do it, so can the UK – but without the windmills, thank you very much.

It goes without saying, that any similarity with Donald Trump attempting to revive the American coal industry is purely coincidental.

If analysts are right in saying that the EU referendum result was a “ thumbs down”  to Westminster, just as much as to the EU, surely Jacob Rees-Mogg represents the very thing that most people voted against – an upper-class, elitist, arrogant, and hard retrograde conservative who has no sympathy for ordinary people. And that’s before he has had breakfast. Furthermore, he is someone who has just bought a £5m 5-storey mansion in the heart of London – his own version of Trump Tower.

Jacob Rees-Mogg and Donald Trump both have the obsession of turning the clocks back to an era where women could not have abortions, and gay people could not marry. Both are obsessed about their countries and, more importantly, obsessed about, and taken over by, their own image. They thrive on standing out from the crowd, being rebels who can afford to be rebels whilst, at the same time, finding justifications for their extremism, in the written words of the Bible.

He is the blue passport in human form, the red telephone box made flesh, the Royal Yacht Britannia in a pinstripe suit; a reminder of a world in which traditional Britons didn’t have to apologise for being who they were and bow before the gods of multiculturalism, feminism and health and safety. – The Economist

He has let the image of himself take him over. – Chris Patten

It’s quite possible that Jacob Rees-Mogg will run for leadership of the Conservative party, if it is only to justify the purchase of his Westminster mansion. Whether he will defeat his opponents, and lead his party and the country, is an entirely different matter. Not many of his party members actually like him, and he is best considered as an excentric rebel who is better off sitting on the back benches of Westminster. But then again, Donald Trump was also considered to be a clown, and just look what happened to him.