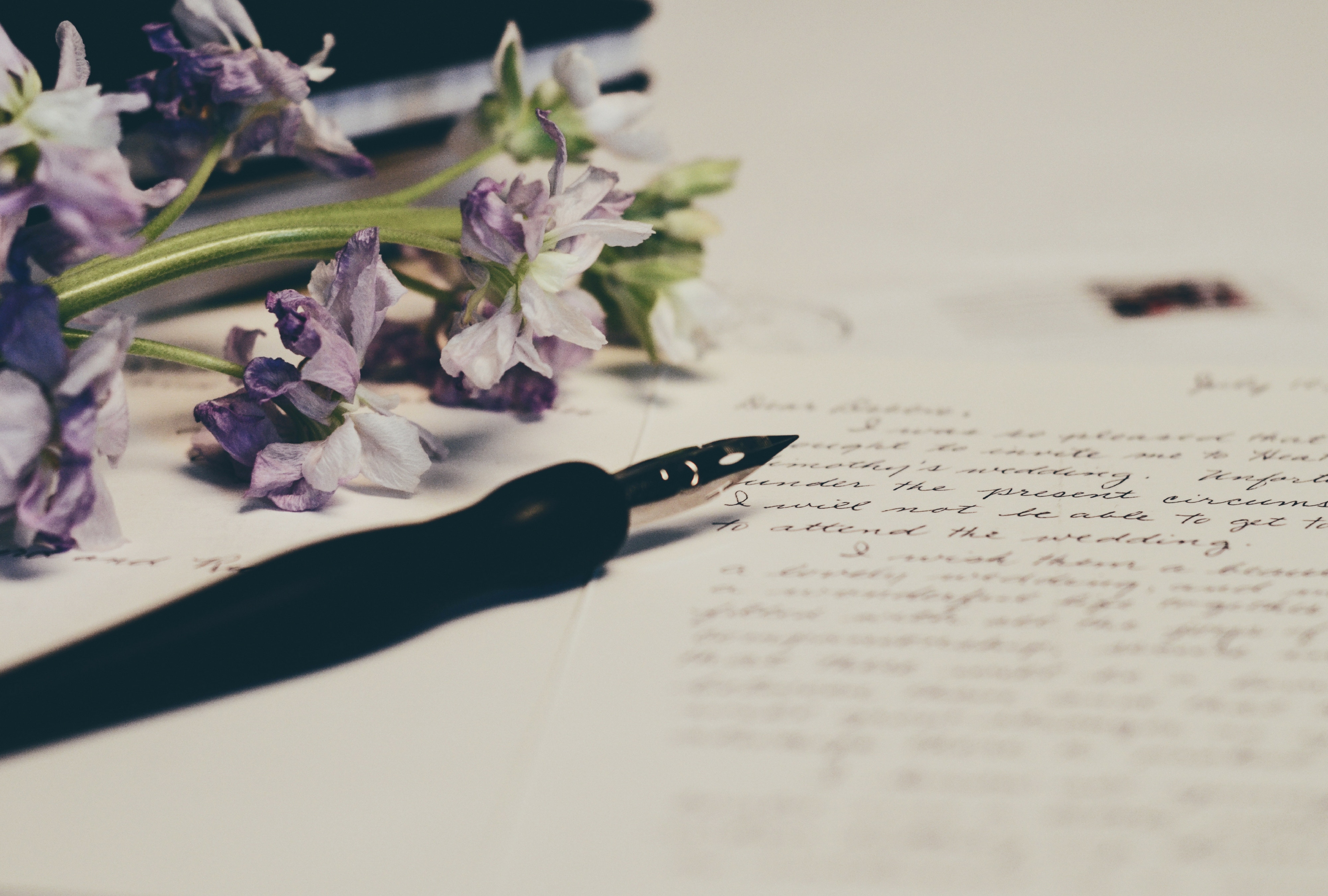 A Facebook user passed judgement on a film he hasn’t seen, a blog post he hasn’t understood, and a woman’s condition he knows nothing about. We must all agree that, on the whole, women are in a much better position than 70 years ago. However, we must also acknowledge that the views held by many men, concerning the place of women in our society, and the relationship and interactions between men and women, are nothing short of archaic. The comment to my post on the film, “The Conductor” was as follows,

Is it supposed to ironic? This is the dumbest bit of pandering to feminism I’ve read all week and the film sounds absolutely abhorrent and one-dimensional… “the heart of a woman” fuck sake lmao

I had to look up what the term “Imao” meant because my vocabulary doesn’t extend to Internet slang. For those of you who might also be wondering, it means, “In my arrogant opinion.”

The following is an open letter that could have been written by the author of the comment – if he had the brains to do so – or by any man who wishes to analyse why on earth he has problems when confronting women and why he cannot accept that they take part in our society, other than just having children and raising a family – although the latter, if done properly, is probably the best job in the world.

I am a man and thus, more than likely, diametrically opposed to you, a woman. It has always been this way, and I’ll be damned if it changes. I challenge your aspired position in our society for one simple reason: you are questioning my manhood, something that I cannot accept. Luckily for us, we have world leaders who know what it is to be a man and I, as a man feeling threatened by the attitude of women who want to put me in my place, take great comfort that leaders such as Donald Trump, Vladimir Putin, and Narendra Modi, are on my side. They are showing the men of the world what masculinity is all about, how a man should act.

It’s not only great politicians who are enlightening me. Renowned writer Jordan Peterson says that there is a crisis in masculinity and, from what I understand, you women are to blame. Not trusting men, you have a subconscious desire to dominate any relationship with us. You are in constant search for the weak male, and I just have to make sure that it’s not me. I will not be castrated. I will not be feminised. As a woman, you must understand the problems I face, and act accordingly.

My insecurity as a man stems from two double binds – emotionally distressing dilemmas in communication where one message I receive is in sharp contradiction with another. We are depicted as being amoral and antisocial, and you are supposed to tame the beast that lies within us, and bring to the fore feminine values depicting the just morality that you so arduously defend. You must understand that when the beast in me is tamed, I lose my identity, my manhood.

The second double bind concerns honour and magnanimity. It is undoubtedly written in the Old Testament that men carry the universality of God’s creation. He created man in His image, and not woman.

So God created man in His own image; He created Him in the image of God; He created them male and female. – Genesis 1:27

I, as a man, represent the universality of God’s creation. I, as a man, represent Mankind. I, as a man, am to protect woman and child. I have no sex and no body. I only have universality. But I am destabilised by the very body without which I cannot exist, making me feel bad about intimacy and emotions. No, it is not OK to cry, for I must dominate. No, it is not OK to have a woman just as a friend and nothing else, because I have no sex, but I do sex. Dominating women is the one thing that I’m good at, a way of compensating all my frustrations at work, the one thing that cannot be taken away from me. Anyway, deep down, I know that you are just as promiscuous as I am. Just look at the way you dress. The bright colour of your lipstick is just part of the many ways in which animals use colours to attract a partner. It’s biological and not suppressible.

I am not against women having a job if they are not married with children. But wanting to work just like a man, when you should really be at home, looking after family, is full of contradictions and goes against the natural order of things. Work if you want to, but just don’t expect to earn the same as men for a job that you shouldn’t be doing in the first place.

The solution to our problem is quite simple. Men cannot change because they are “hard-wired” by nature. Women have to accept that they will never be the equal of men because they too are “hard-wired,” to be the servants and objects of men. The whole feminist movement is thus fighting a phenomenon that is so natural, that it cannot be vanquished. But even if women do win their fight against men, in some distant and unforeseeable future, they may well have won equality, but can never gain equity.

I could never have written such a letter, but I found it interesting to try to put myself in the place of a man who could. It is a letter full of misconceptions and prejudices.

I firmly believe that there are two fundamental issues that explain the world-wide discrimination and abuse of women. The first issue relates to our understanding and acceptance of what it means to be human. The second issue is, in some ways, related to the first, and concerns the acceptance of human emotions.

If men have the decency to admit that having emotions and feelings of empathy is not synonymous with the absence of “manhood”, we will have taken a big step forward in the fight against misogyny.

Feminism is not about equal rights or equality, but about freedom of choice. A woman must be allowed to live the life she chooses, whether it be looking after a family, having a career, or simply the way she dresses. Freedom of choice applies to all of us because we all human. This trait corresponds to what mathematicians call the lowest common denominator. It is the lowest common multiple of the denominators of a set of fractions, with the help of which you can easily add, subtract, and compare fractions. We need to understand, define, and accept, what it is to be human. Such an understanding and acceptance would not only simplify the relationship between men and women, but also allow the implementation of this relationship to be morally right.

One fundamental aspect of what defines us as human beings is the fact that we display a wide range of emotions – human emotions. These emotions are ubiquitous – or at least, they should be. In the 2008 movie, X-Files: I Want to Believe, I could not help but notice that at the end of the film, when ex-FBI agents Fox Mulder and Dana Scully part company, she sheds tears whilst he doesn’t. Is it so shameful for a man to be seen crying, especially in front of a woman? And if it is shameful to cry, what does that tell us about women? If men have the decency to admit that having emotions and feelings of empathy is not synonymous with the absence of “manhood”, we will have taken a big step forward in the fight against misogyny.

For Dutch philosopher Benedict de Spinoza, positive human emotions are a prerequisite for discovering who we are, and for surviving in our environment. Positive emotions lead to joy and a gain of power, whereas negative emotions lead to sadness and a loss of power. Gaining this power – Spinoza’s “conatus” – will lead to knowledge, reason, and ultimately survival. We can be inspired from Spinoza’s philosophy to act on present-day issues concerning women’s rights. We must ignore the fact that Spinoza thought that women had no place in politics. On the last page of a Political Treatise, he wrote, “if nature had made women equal to men, and had given them equal strength of mind and intellectual ability [But] … I am fully entitled to assert that women have not the same right as men by nature.” It is not for me to judge if a woman is better at politics or algebra than a man, but let us give her a chance to prove it. Let us also treat her body in the same way as we would want someone else to treat ours – with prior consent where “no” means “no.”

Loving and understanding a woman trying to succeed in a life that we all share, is a prerequisite for discovering what sort of man you really are. It is an inevitable part of your own conatus that leads you to survive through reason and happiness. It arises from your very own path to perfection and is the force in every animate creature that leads to its preservation.

Reason and emotion explain how it is possible for the conatus to bind bodies in love. Confidence in ourselves, as men, emanates from the very idea to affirm the power of our own existence and to approve the existence of others.