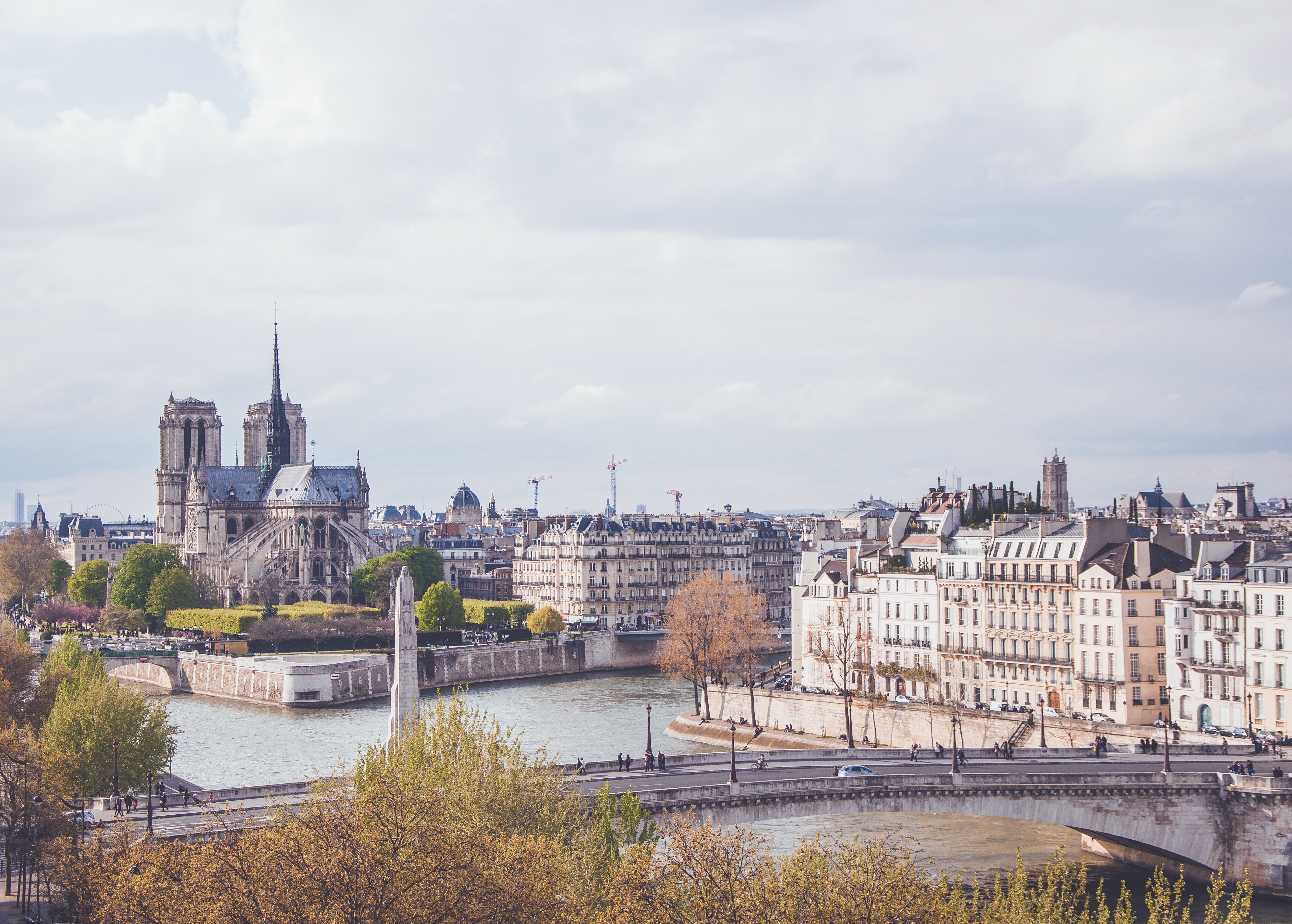 On the night of the fire, the emotion shown by president Macron during his short television statement in front of Notre-Dame spoke louder than the cathedral’s bells, as his tears were not so far away. A part of Paris was burning, and it’s a blaze that should affect us all. It underscores the fragility of history, serves as a timeless reminder that we must learn to treasure our past in order to preserve our future, and teaches us humility. We do not value what we have, until what we have is lost.

The flames emanating from the cathedral’s beautiful spire threatened to erase the memory of an old lady who has witnessed both grandeur and decadence, obscurantism and oppression, enlightenment and liberation.

This cathedral, we have known how to edify it, make it grow, improve it. We will rebuild it all together because it is a part of French destiny. […] Notre-Dame is our history, our literature, our imagination. Notre-Dame is the epicentre of our life. […] This history is ours and tonight it is burning. – Emmanuel Macron

Notre-Dame has transcended religion to become a cathedral of the people. Named as “temple of reason,” the time of a people’s revolution, she survived the vain attempt of the masses to rid the nation of Christianity. It was a time when churches were used as wine-cellars, and church bells were smelted to make canons. After the revolution, conceitedness within the walls of Notre-Dame had no limits, culminating in a self-proclaimed emperor snatching his crown from the hands of the pope, and in the dialogue that took place in 1944 between Cardinal Suhard and Maréchal Pétain.

The cold stones of the cathedral have survived the blaze, immortalised as they are by a paper manuscript portraying forbidden love and the sombre emotions of faith. The outcast Quasimodo looks down from the now destroyed cathedral rooftop, on the exuberations of the masses that gathered around the square where prostitutes and vagabonds mix with local artisans. That day, he had captured the beautiful Esmeralda, condemned to death, to give her sanctuary within the cathedral.

The hunchback of Notre-Dame has now found another damsel in distress to whom he can give sanctuary. Esmeralda’s ebony locks of hair have turned into the golden tresses of Marianne. The symbol of the French Republic has been swept away from the crowded square of Notre-Dame, and has transcended into an inferno to find herself alongside the monster with the golden heart, both helpless before the crumbling spire of the cathedral, but both determined to rebuild a monument that belongs to both God and the people.

Religion has finally met with secularism. Both walk hand in hand to save a monument that has always defied the times. Today is no exception. The Old Lady, still hurting from her burns, will once again defy French authority. Emmanuel Macron treads on a fine line and must not seem to favour the Catholic religion over Islam and secularism.

It’s [the blaze] left a gash right at the heart not only of France and Europe but Catholicism everywhere, because Notre-Dame de Paris is among that handful of special places around the world that symbolize the beauty and depth of the faith at its most compelling.  – John L. Allen Editor Crux

It’s a difficult situation for Macron to be in. Whilst most of France wants its cathedral back, voices are being heard as to why no money was available for the maintenance of Notre-Dame in the first place, despite the fact that the risk of a major fire breaking out in the monument was well documented.

The world’s shock and sadness at witnessing the destruction of Notre-Dame must give way to reflection and action. We must reflect on whether or not we should care for our historical heritage. We must decide whether it is more important to invest in Olympic buildings, the time of a competition, or to support the preservation of gothic monuments.

Great edifices, like great mountains, are the work of centuries. Art often undergoes a transformation while they are pending, pendent opera interrupta; they proceed quietly in accordance with the transformed art. The new art takes the monument where it finds it, incrusts itself there, assimilates it to itself, develops it according to its fancy, and finishes it if it can. The thing is accomplished without trouble, without effort, without reaction,— following a natural and tranquil law. It is a graft which shoots up, a sap which circulates, a vegetation which starts forth anew. Certainly there is matter here for many large volumes, and often the universal history of humanity in the successive engrafting of many arts at many levels, upon the same monument. The man, the artist, the individual, is effaced in these great masses, which lack the name of their author; human intelligence is there summed up and totalized. Time is the architect, the nation is the builder. (Victor Hugo, Notre-Dame de Paris, Book III)

Notre-Dame must resurge from the ashes to enter a new era, remembering the past and embracing the future. She will be rebuilt by men and women from the 21st century, she will benefit from the advancements of science, from the wisdom and reason of the Enlightenment. But she will remain an old Parisian lady who has seen everything and heard it all. And no matter what technology is used to rebuild Notre-Dame, somewhere on the roof, there will always be a hunchback dancing with a gipsy girl.