For a short moment that seemed an eternity, the promenade that runs along the deep blue sea bay known as “La Baie des Anges,” (The Bay of Angels), came under attack from an insane and evil man possessed by the devil. He drove a 19-ton lorry into the crowd that had gathered along the Promenade des Anglais to enjoy a fireworks display. The lorry did not discriminate between men, women and children, as it decimated human life before being stopped. The 2016 Nice attack claimed 86 lives and injured more than 450.

Ten children died in the attack that took place on Bastille Day and it is estimated that 100 children or more have lost family members. But the trauma extends beyond the direct victims to encompass many more children who directly or indirectly witnessed the monstrous attack.

PTSD can develop much later than the 3-6 months cited in the literature.

The Lenval Foundation is a children’s hospital situated in the centre of Nice. The modern building overlooks the Baie des Anges and the now infamous Promenade des Anglais. Immediately following the attack, several child psychiatric departments in the region mobilized resources to come in aid of the child victims and all children in need of care. An evaluation centre was set-up, whose aim was not only to directly help the children, but also to provide a long-term follow-up and councelling programme to help the victims find their way back into a “normal” life, if there is such a thing after an event of this magnitude.

It is hard to fathom the effects of such a terrorist attack on children. To date, the Lanval Foundation has registered more than 2200 children (0-18 years) comprising 24 infants under the age of three, 6 of whom were born from mothers who were pregnant at the time of the attack. The figures suggest that Post Traumatic Stress Disorder (PTSD) – a disorder that can develop after experiencing a shocking or dangerous event – can appear much later than the 3-6 months cited in the literature.

Faced with such alarming numbers, researchers and clinicians decided to initiate a study – 14-7 Pédopsychiatrie et Epidémiologie (14-7 Child Psychiatry and Epidemiology) – in order to understand as much as possible about the after-effects of such a traumatic experience and adapt the long-term care of the victims as needed. 365 victims comprising 208 children/adolescents and 157 parents are participating in the study that started in 2017 and will continue until the youngest participant reaches his/her 25th birthday.

The children may not have to live the rest of their lives with residual anguish, but will certainly live with the guilt of someone who has survived.

The extent of the horror of an attack that took place 3 years ago can still be felt. Early results indicate that 60% of the children still suffer from PTSD long after the attack took place, with many children suffering from “reminiscence,” episodic distress brought on by a sudden apparition of terrifying images of the attack. Although many children are slowly recovering, a significant number of child victims still suffers from moderate or severe forms of PTSD and other disorders such as agoraphobia that is related to the re-experiencing of the Nice attack.

Children are very resilient and the 14-7 study shows that the older the children are, the more likely they are to show signs of good recovery from the mental trauma. It is the younger children, under the age of seven, who are most susceptible to acquiring PTSD. The explanation is as simple as the treatment complicated. For adults, seeing indiscriminate and unjustified killings is difficult to comprehend. For small children, these killings are inconceivable because for the mind of a child, adults are there to protect and send out a message of unconditional love.

I remember once visiting London with friends. As I was standing in the road paying a taxi driver, I suddenly felt a hard blow on the back of my right shoe. My friends hadn’t noticed what had happened but a passer-by did. “You were lucky, mate,” he told me with that cute cockney accent. He made me realize that I had just been hit by a passing car. I was, indeed, exceedingly lucky. It is a moment of my life that remains as vivid as ever and although the incident occurred more than 30 years ago, I remember the noise the car made when it hit me and the shoes I was wearing at the time.

Children who survived the Nice attack in 2016 are also lucky. With time and counselling, their anguish is likely to subside and pass. These children may not have to live the rest of their lives with residual anguish, but will certainly live with the guilt of someone who has survived. 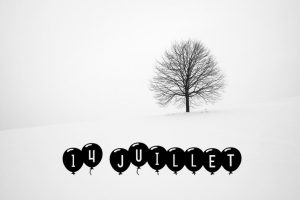