Boris Johnson is being forced into writing a very difficult letter to the EU, starting with the envelope. Does he know that there are three different ways you can spell the Belgian capital  – Brussels, Brussel, and Bruxelles. Complicated, isn’t it. Well not really, because Brexit can be solved if Donald Tusk loses the letter that Boris Johnson so reluctantly will send him. It’s no big deal, is it.

Anything women can do, men can do just as well. First we had Gina stopping Theresa in her stride, just as she was going to make us all swallow article 50 hook line and sinker. Today it’s the turn of the men, with Oliver stopping BoJo single-handed. In managing to get his amendment through parliament, ensuring that a no-deal Brexit is off the cards – for now – Oliver Letwin has forced the mighty Boris Johnson to open the top drawer of his mahogany writing desk, get his Parker fountain pen out, and scribble a few lines on a very official A4 that hasn’t gone yellow around the sides.

Boris Johnson is going to write to those awfully nice people at the EU and ask them if they can wait a little bit longer before going home. This is as complicated as Brexit can be.

Well, I’m going to be very generous and help BoJo write the letter.

Beginning with the envelope, we can already see without difficulty that Brexit is very, very complicated. There are three ways of writing Brussels: 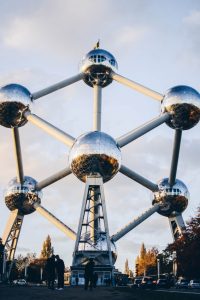 Here’s my version of the letter which I’m sure would break the heart of many a European.

I hope you are OK after last week’s razzle. I didn’t know that there were that many bars in Brussels.

Don’t get too frustrated with what has being going on here. Brexit will come in a jiffy.

I’m afraid that the delay to what I promised you is due to a technical incident in which one of the Tory rebels who answers to the name Oliver Letwin put a spanner in the wheels of my Brexit cart, in the form of an amendment forcing me to write this letter to you.

I tried to get rid of this ruffian by expelling him from my party some time ago. I also had the bright idea of holding a parliamentary session on a Saturday since I have it from good sources that he always goes shopping on a Saturday. But the cheeky blighter seems to have got through a door left open by one of the cleaners, and to my amazement was sitting not 100 feet (what’s that in meters?) away from where I was standing, delivering my rather vague arguments for the Brexit deal that I agreed after a tequilla and a bloody mary.

I really do hope that you can wait until November 1 to answer this request so that we Brits do not have to decide what we want to do. The good news is that what we do not want to do has been decided a long time ago, and will not be done. Namely, get a deal.