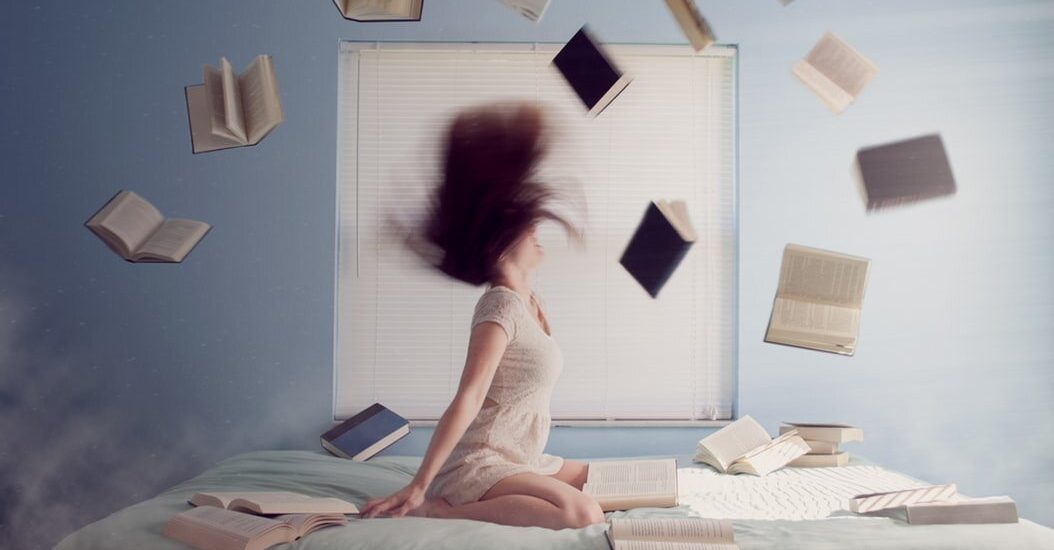 The books transported her into new worlds and introduced her to amazing people who lived exciting lives. She went on olden-day sailing ships with Joseph Conrad. She went to Africa with Ernest Hemingway and to India with Rudyard Kipling. She travelled all over the world while sitting in her little room in an English village. – Dahl R.,  Matilda, 1988

What better, in this time of confinement, than to escape into an outside world without leaving the comfort of your armchair or sofa.

Books are not only an unending source of information and knowledge. They also captivate and intensify our emotions and, for better or for worse, can change our lives. It happened to me – a life changing read. I was in the 5th form at the French Lycée in London, more concerned about what Manchester City would do every Saturday, when the full strength of Albert Camus’s vision on life’s absurdity hit me.

The first lines of his novel, The Stranger, engraved themselves in my psyche and changed my entire way of thinking. It was the beginning of an awakening.

Today, my mother died. Or maybe yesterday, I don’t know.
I received a telegram from the old people’s home:
“Mother deceased. Funeral tomorrow. Very sincerely yours.”
That doesn’t mean anything. It might have been yesterday.
Albert Camus – The Stranger, 1942

The text relates the power of the absurd, life’s ambiguity. It is something we do not need to understand because it cannot be understood. But we must accept the absurd because without it, there is no life worth living.

The absurdity of The Stranger approaches a paroxysm when Meursault is not condemned to death for a murder he committed, but for not having cried at his mother’s funeral.

“Yes,” he [the prossecutor] shouted forcefully, “I accuse this man of having buried a mother, with a heart of a criminal.” – Albert Camus – The Stranger, 1942

The strength of a novel is measured by the effect it has on the reader who reads it again, years later. When I re-read The Stranger, a few months ago, the novel’s hold on me was as strong and as intact as ever. I relived the shock I had gone through – almost a revelation – when I was a teenager. Camus affected me, not only by getting rid of my teenager blues with one swoop of a typewriter, but changed me forever.

You can interpret the meaning of the written word in many ways. It is often, as it should be, a personal experience. Books will take you on a universal train journey, but what you observe out of the window, only you can describe, and it affects only you.

During my Camusian train journey, a solitary man, Meursault, was sitting next to me, and became my friend. Described in such a minimalist way, where each written word contributes to the clarity of the character, Meursault made me see, “the nudity of man, facing the absurd…”

It was a compelling journey, and one that I will never forget. It accompanied the passage from childhood that was not yet over, to adulthood that had not yet begun. I started to understand who I was, with the words of another, that were destined for me.

Reading allows us to find a theatrical space that transcends our world exploding with connectivity and characterized by our constant fight against time. French literary theorist Roland Barthes once wrote,

Hasn’t it happened to you, whilst reading a book, to incessantly stop in your reading, not out of disinterest, but on the contrary by an influx of ideas, associations? In short, have you ever raised your head to read a book? – Roland Barthes – Le Bruissement de la Langue, Seuil, 1984

Books open us to others, but allow us to turn back on ourselves. It is a journey that makes us discover alterity whilst, at the same time, connecting us to the eternal chain of human destiny. We may not live in books, but they live in us, without a doubt.