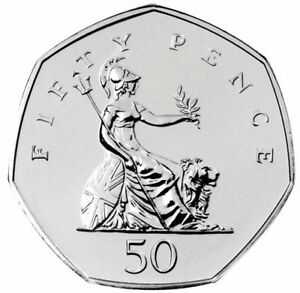 You’re at it again, aren’t you? Playing mind games with traditions, tearing up musical scripts and peeling off black make-up on white people’s faces.

I got used to seeing Black Peter roaming the streets of Dutch towns and cities, distributing marzipan tasting biscuits to smiling children. The children believed; the children loved. There was no hatred in their eyes, only excitement and anticipation.

When I was living in the UK, I never missed a performance. It brought tears to my eyes every time. It was a mixture of pompous laughs and chants, mixed with everlasting music that sent shivers down my spine. This was not about slavery and dominance, this was about passion and allegiance. Passion about a common theme, allegiance to a common cause. Respect of the other; pride of your own achievements, of your origins. Even foreigners joined in, waving their flags belonging to the countries of a unified world, unified in music, pomp and circumstance.

What could I say, in September 2016, when an exuberant Inca warrior, son of the gods, rendered a faultless Rule Britannia to an already conquered audience, showing only too well that Britannia had been replaced, for an evening at least, by a Peruvian star. Juan Diego Flórez accepted another Inca treasure that night – Paddington Bear – thrown at him by a transcendent Promenader. The tenor treated the crowd to a rhapsody of Latin American lyrics that few might have understood, but it mesmerised all. Flórez proved that music conquers without killing. We should all learn from that.

But the brutal war of words over a tradition that is what it is – a tradition – is much more than just a squabble over an English way of life akin to the one concerning whether jam or butter goes first on freshly made scones. If you’re going to get rid of the pomp and circumstance of the Last Night, you might as well get rid of national anthems at the same time.

This is the sudden realisation that in today’s multicultural world, we must all be careful of what we say and listen to, how we act, who we look at and why. This is a world where singing patriotic songs hurts people who seem to enjoy being hurt, where saying “Mr” and “Mrs” is no longer the thing to do. It is a world where we are all becoming amorphous blobs in a fast disappearing countryside. Yes, the people who hate others because of a skin colour, people who think “the wogs begin in Calais,” are a disgrace to our societies, represent a carbuncle on the backside of humanity. But let’s face it and be honest. These people should not be educated or chastised at the Last Night of the Proms, but at the first day at school. We should teach history, reflect on it, and use it as a blueprint to move forward in the right direction.

It all seems a storm in a teacup, a very British cuppa. What was all the fuss about? Coronavirus having made sure that Promenaders won’t be present anyway, some of you will be spared the sight of waving flags. Rule Britannia and Land of Hope and Glory are still on the menu though, as the BBC finally respected a tradition.

Black lives do matter. We must eliminate racism along with Covid-19. But becoming obsessed with, and scared of, offending a movement that is defending a moral value that every human being should be born with, makes me feel uncomfortable. There will come a day where I will have to think carefully about being proud of my Englishness, cherishing my Frenchness, and defending the values of being European. In short, there will come a day when I will be forced not to like where I come from.