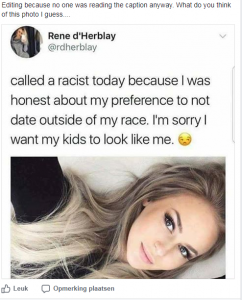 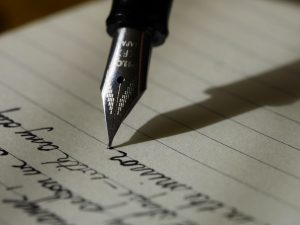 It started with the sharing of a tweet in a Facebook group. There followed a heated discussion between those, like myself, who thought that the tweet had more than an undertone of racial prejudice and white supremacy, and those who didn’t. I don’t recall that the person who posted the tweet on Facebook participated in the “discussion” until someone posted a comment that, judging by her response, she took personally. For me, at least, her answer was as cutting as it was incomprehensible, “Jesus Christ, maybe I should have used another example and left warnings or something..Did you read the caption? Or was the caption just completely useless beyond the first sentence?”. She continued, “I still think this is an important discussion but I probably need to choose another example I wanted one everyone could relate to. I just don’t know how to put emphasis on text over photo, I guess.”. She then went on to repeat numerous times that nobody had understood what she was trying to say.

I wish that she could have explained what the first sentence (“Editing because no one was reading the caption anyway”) was referring to because, I for one, did not understand. The second sentence (“What do you think of this photo I guess”) seemed to be a straight question – what do people think about the photo? It did not express a personal view. To be honest, I didn’t think anything about the photo, other than it’s just another photo of a woman teasing men, with the message “look but don’t touch”, because I don’t know of any woman who looks like that, first thing in the morning.

Seriously though, it’s really the second sentence of the tweet, that suddenly got me thinking about how easy it is to misinterpret what somebody is trying to say. I admit that it took me ages to figure out this subtle difference, because I was so carried away with my disgust concerning racism and white supremacy. This, of course, corresponds to Spinoza’s “first level” of knowledge, where your grasp on the world around you, and those who inhabit it, is distorted by uncontrolled feelings and passions. But I knew that the person who posted the photo of the tweet (which is in fact fake) had to be upset about something. I calmed down, left my feelings aside, and discovered a gem.

I took a grammatical quiz the other day, concerning punctuation, and am sorry to say that I failed. The problem I encountered, was where to place the dreaded comma – a punctuation mark that, like no other, can save your life – or get you killed. Let’s go back in time, to when I was at my French school, and knew how and where to place comma’s and full-stops. It was non-digital, then, and fun. We used to spend so much time learning about punctuation and grammar, in both English and French. It seems that I’ve forgotten it all.

Take a close look at the following two sentences, and notice how the comma saves grandma’s life:

Now, applying what you have just learned, we can look at the second sentence of the tweet. You will notice that there is no comma between “I’m” and “sorry”. The placement of a comma between the two words, makes a world of difference to what is being said.

Let’s first consider the sentence with a comma, namely, “I’m sorry, I want my kids to look like me.” Leaving aside the fact that this particular lady has never heard of Gregor Mendel’s fantastic work on crossing tall and short plants, she is basically saying, “Tough luck mate, I want my kids to be as white as I am.”

But the sentence has no such comma, and must be read without pausing, with emphasis on the word “sorry”. Just maybe, the author of the tweet is apologizing for her racial preference. Most of us know that racial preference is bad, and that racial intolerance is evil. However, the question that I ask myself is whether, albeit unconsciously, we all have a tinge of racial preference in our genetic make-up. If I am right in saying that she is apologizing for her wish to have children who “belong” to her race, she is basically echoing the reason why the author of the Facebook post, placed the post in the first place. The question that she was posing, but that didn’t get noticed, concerns the nature of dating and why we are attracted to certain individuals and not to others.

Interpretation of the second sentence of the tweet rests on the placement or omission of a simple comma. The two versions of a same sentence reflect a huge ethical difference between consciously considering dating a person, based only upon his racial traits, and having a personal preference for members of your own race. Personal preferences do not, on the whole, need to be justified and, indeed, a lot of the time, cannot be justified. The deliberate decision not to date someone, solely because he has a different skin colour to your own, can be considered as having racist undertones. 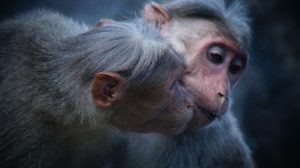 The expression says it all. The fact is that you fall in love and, most of the time, there’s nothing that you can do about it. What begins invariably as a physical attraction, increases its momentum to finally transcend religion, human nature, politics and ethics. It’s quite obvious that the primary reason for which you go out on a date with someone, is that, in one way or another, you are attracted to him or her. Not considering Platonic relationships that develop into love, sexual attraction is the fundamental feeling that governs dating, be it the timid teenager inviting the beautiful cheerleader to the school proms, or the lonely individual searching online for a soul mate.

If all goes well, love should grow from being physically embarrassing, to a state of philosophical enrichment. The black horses described by Plato as being firmly driven towards the physicality of the earth, become white horses galloping relentlessly towards the heavens, to discover the true nature of Plato’s “Ideas”. 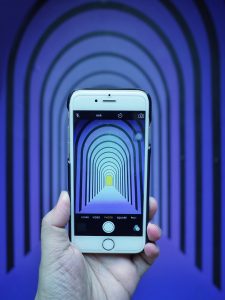 I may be wrong, but that’s my interpretation of a Facebook post that received dozens of comments, most of them irrelevant to the question being posed, and some of them unpleasant. When Facebook was conceived, in 2004, it was meant to be a campus tool. In the second quarter of 2017, it had 2 billion monthly active users, its mission being to “give people the power to build community and bring the world closer together”. Facebook has done more than that, it has become another world, the “other space”, described by the French philosopher Michel Foucault. It is a mirror, a reflection of our world, where we should be able to see and analyse ourselves, without actually being physically present, trapped that we are, in front of the computer screen. Facebook is the closest that we can get to what Foucault described as “heterotopia”. At least, that it what it is supposed to be.

There are…utopias that have a specific and real location, that you can locate on a map, utopias with a determined time-span, a time-span that you can measure with an everyday calendar.  – Michel Foucault, Heterotopias, France-Culture 7th December 1966

Most children, of course, know of these spaces, located at the bottom of a garden, in a tree-house, or on the parents’ bed where the creases of the sheets reflect the waves of the ocean. These spaces, designed to counteract the real world, become “counter-spaces”, and belong exclusively to the children who inhabit them. The purpose of these spaces is to erase, neutralize, and purify all other spaces. Foucault believed that such counter-spaces are not only the invention of children, but have also been organised by adults, to be part of the structure of our Western societies. Gardens, cemeteries, and nursing homes, are all examples of these parallel worlds.

But Facebook is also a paradox, where its virtual presence enhances the harsh realities of a world that it is supposed to be countering. This virtual world was supposed to make sense of the real world in which, for Foucault, “Man” as a subject, is dying. Facebook has incorporated the fallacies and prejudices that characterize the real world, and sent back a distorted reflection of our perceived identities.

By not paying attention to the comma’s and semi-colons, in an environment where the written words are the be-all and end-all, Facebook becomes akin to a distorted mirror. The reflection – your reflection – is unrecognizable by its latest encounter in a non-existent, but seemingly real, world. The reflection is hurled back at you, smashes the vague frontier that separates the virtual reality of Facebook, from the increasing virtuality of the real world. It finishes its journey by crashing into the deepest layers of your psyche, potentially causing irreparable damage.

We can no longer clearly ascertain whether Facebook remains a virtual space, or has acquired such a degree of reality that, ironically, it is our world that is becoming an illusion.