First off, a dose of double-dutch. Incredibly enough, the Dutch have actually got a government, after how many days? 208 to be precise. And the Dutch economy was doing so well without one. Now, we have a four-party coalition ready to screw things up. That’s politics for you.

The UK government’s tennis match with the EU is not really going according to the rule book. Having said that the ball is now in the “EU court”, Theresa May and her David Davis Cup Team have just been on the wrong end of a backhand shot from Brussels. “The ball is in YOUR court”, was the cry from the continent. For Theresa May, the UK had given enough ground and now it was up to the EU to soften its discourse. What she doesn’t realize is that, before the match with the EU, she was already standing too far behind the baseline anyway.

To cap it all, the UK has just served a double-fault, during the publication of a Customs White Paper. This is what paragraph 5.12 looks like…

5.12 The government would look to reduce the time and costs of complying with customs
administrative requirements through exploring the viability of unilateral measures, primarily in
respect of imports, for example:
• simplifications for business, such as self-assessment to allow traders to calculate their own customs duties and aggregate their customs declarations
• speeding up some authorisation processes, for example through increased automation and better use of data, and in the longer-term streamlining authorisation requirements to reduce complexity, such as in relation to the UK’s existing framework of duty suspensions and reliefs
• making existing domestic simplified procedures easier for traders to access, in a way that is compatible with the UK’s international obligations, in order to reduce the requirements traders need to comply with for their goods to be cleared at the border.

And the first line of paragraph 5.13 has a distinct feeling of “déjà vu”,

5.13 The government would look to reduce the time and costs of complying with customs administrative requirements through exploring the viability of unilateral measures, primarily in respect of imports, for example:…

Need I say more? Well, I will. Brexiteers get bad grade for this particular dissertation, and must go to school on Saturday morning, instead of playing in their backyards. 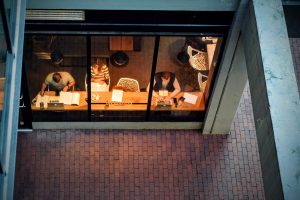 There is one thing that really bugs me at the moment: where is the political opposition to Brexit? As I understood it, this was a referendum with a “Leave” side and a “Remain” side. The result was a split right down the middle, but as in a game of tennis, it is “advantage Leave” who may be poised to win the game.

I watched Chanel Four’s  Brexit Reality, where Remain voters gave their opinion on the way things were going. That they were being too nice, is a possibility; that they were spineless, is a certainty. The take-home message was quite simple, “we’ve lost, but let’s make a success of Brexit.” As if Brexit could be a success…

How the Remainers should have reacted?

Well, just like John McEnroe – for those of you old enough to remember. He’s the only public figure who is really angry and frustrated over the UK’s decision to leave. The evidence that the Leave camp had lied during the campaign, was as strong as that of chalk flying off the Wimbledon grass. The whole world saw that the referendum result should actually have been to remain in the EU, had the UK voters not been lied to, and ignored the evidence. He now fears that the UK will become the laughing-stock of the world.

You cannot be serious…How can you possibly call that ‘out’. Everybody knows it’s in in the whole stadium and you call it out? You guys are the absolute pits of the world, you know that?
– John McEnroe (Wimbledon Tennis Championships, 1981)

Well, I’m sorry to disappoint you, John, but they are…and they have. But at least a politician like you wouldn’t have let “them”get away lightly.

Finally, back to my comment on the newly formed Dutch government, with a majority of…one seat. Well, you get what you pay for, and politics is no exception. There is some great news for Dutch nationals living in the UK. They will be able to acquire British citizenship without losing their Dutch passports. Now, that’s a U-turn if ever I saw one, and, what’s more, I think my tiny blog lost in the middle of cyberspace may have something to do with it. On 18th August I wrote:

A recent announcement by Mark Rutte that Dutch nationals taking up British citizenship would lose their Dutch nationality underscores my profound mistrust of both the UK and the EU – mistrust that I harboured ever since the UK referendum took place. It is not a coincidence that I have asked for a French passport, but proof of my insecurity and doubts concerning the outcome of the Brexit negotiations. It would have been a strong message of solidarity sent to the UK by the EU, if Mark Rutte had made an exception and allowed Dutch citizens the possibility to acquire UK citizenship in order to make their future and the future of their families more secure after Brexit. His attitude concerning dual-citizenship goes even further than the views expressed by Marine Le Pen in France.

I really think that Marc Rutte and his allies have read what I wrote…I’m flattered. This really gives me Dutch courage to continue writing since, the worst of what you write is better than the best of what you don’t write.