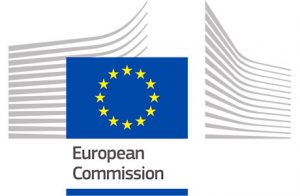 One of the cornerstones of the European Union, concerns free movement of labour, and the freedom for the self-employed to establish themselves in other Member States. In both cases, the basic objective is that all EU nationals be treated equally.

Article 57 of the Treaty on European Union empowers the Council of Ministers to issue directives for the mutual recognition of diplomas, certificates and other evidence of formal qualifications, and for the co-ordination of national provisions, concerning the taking up and pursuit of activities as self-employed persons.

Services shall be considered to be ‘services’ within the meaning of the Treaties where they are normally provided for remuneration, in so far as they are not governed by the provisions relating to freedom of movement for goods, capital and persons.

Without prejudice to the provisions of the Chapter relating to the right of establishment, the person providing a service may, in order to do so, temporarily pursue his activity in the Member State where the service is provided, under the same conditions as are imposed by that State on its own nationals. 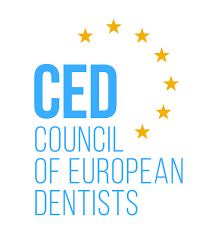 The fundamental EU legal framework for the recognition of professional qualifications, allowing this freedom of movement, is Directive 2005/36/EC. The directive replaces the previous agreements, based on a sector-by-sector approach. It is the latter that allowed me to move to France, with my UK qualification, in 1984. However, there may be additional requirements of individual Member States, concerning the training of employed and self-employed people, making the concept of freedom of movement subject to interpretation and change, on the behalf of individual Member States.

The Council of European Dentists monitors EU political and legislative developments which have an impact on the dental profession. It also issues policy statements and drafts amendments to proposed EU legislation, in an attempt to reflect the views of European dentists in EU decisions affecting them.

The recent introduction by the Dutch health register (BIG-register) of a language test for all health workers who possess a foreign (EU or non-EU) qualification, and who want to practice in the Netherlands, may not, per se, be considered as discriminatory. It has, however, the potential to hinder the free movement of individual health workers, by obliging further training and examinations, in order to comply with local requirements. I would have been personally affected by this, had it been in application, when I moved to the Netherlands in 1999.

1.   Professionals benefiting from the recognition of professional qualifications shall have a knowledge of languages necessary for practising the profession in the host Member State.

Controls may be carried out only after the issuance of a European Professional Card in accordance with Article 4d or after the recognition of a professional qualification, as the case may be.

4.   Any language controls shall be proportionate to the activity to be pursued. The professional concerned shall be allowed to appeal such controls under national law.

As a practicing dentist, my registration has to be re-submitted every 5 years, and who is to say that the language requirement, that requires sitting examinations, won’t also apply to those having to renew their inclusion in the BIG-register. Whilst this shouldn’t be a big problem for me, it would involve extra time and effort in specifically preparing to sit an additional exam. 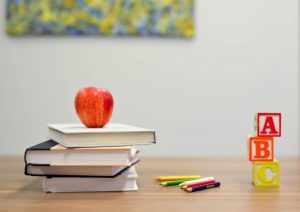 The recent rounds of negotiations between the UK and the EU, concerning citizens’ rights after Brexit, have highlighted the difficulties in agreeing on (i) what are the rights of current and future EU citizens after Brexit and (ii), who should guarantee these rights. The recognition of professional diplomas, including university degrees, forms an essential part of theses negotiations, not least because it allows the freedom of movement of thousands of individuals, and their families.

In a recent written question to the European Parliament, MEP Marc Joulaud, posed the problem of the continued recognition of university degrees, including for those students who started a course before Brexit, and will receive their degree after the UK has officially left the Union:

The Commission’s mandate on Brexit negotiations stipulates that, under point 22 of Title III.I, citizens of the EU-27 who have finished their studies in the United Kingdom before the date on which Brexit takes effect and whose degrees have already been recognised or are in the process of being recognised, must continue to benefit from this recognition and therefore from the provisions of Directive 2005/36/EC.

However, the mandate on negotiations does not stipulate what will happen in the case of those EU-27 citizens who, having started their studies in the United Kingdom, often before the referendum on Brexit took place, will complete their studies (and be awarded their degrees) after the date on which Brexit comes into force, which, as things currently stand, could be 30/03/2019.

In addition to the injustice of not recognising the qualifications of young European citizens, who would be punished for having wanted to gain a degree when Brexit was not on the agenda, there would also be negative consequences for some sectors lacking qualified personnel, such as the medical sector.

Does the Commission plan to extend the mechanism for the recognition of university degrees for EU-27 European citizens who started studying in the UK before Brexit but who will not have received their degree by the date on which Brexit takes effect?

This is an important question, as it affects many British citizens already studying in the UK, and whose families live in the EU-27. EU nationals, studying in the UK, and who want to maintain the option of returning to the EU-27, are also concerned by the recognition of diplomas. There are many examples of British nationals, living in The Netherlands, whose children are planning to study in the UK, or are currently doing so.

Jean-Claude Juncker, president of the European Commission, gave a specific answer to the point raised:

As the Honourable Member indicates, the directives for the negotiations of an agreement with the United Kingdom adopted on 22 May 2017(1) cover the protection of recognised professional qualifications and ongoing recognition procedures. This is reflected in the Commission’s position paper ‘Essential principles on citizens’ rights’ published on 29 May 2017(2), according to which the withdrawal agreement should protect, pursuant to Union law, recognised professional qualifications obtained in any of the EU28 Member States before the withdrawal date. Recognition procedures that were ongoing in any of the EU28 Member States at the withdrawal date should also be completed under the current Union rules. 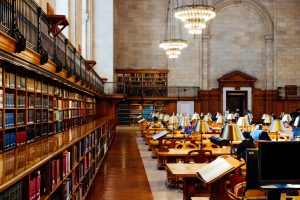 We must not forget that, despite all the hype surrounding freedom of movement, not all professional qualifications are mutually recognized by EU Member States, on an automatic basis. Thus, before worrying about whether your diploma will be valid after Brexit, you must check and see if there is mutual recognition, in the first place.

The worrying question for many British expats, is whether their right to work in a EU Member State will still apply, after the UK has officially left the EU. This continues to be a major point of disagreement in the current negotiations, despite reassurances from both sides.

Four points are of particular interest for nationals with a UK qualification obtained before the withdrawal date, and for those currently completing a qualification. The following is based upon the last publication concerning the state of progress of the Brexit negotiations (September 2017).

Both sides – in theory – want to ensure that qualifications already recognised in the UK and EU27, remain recognised.

note: The UK’s position differs from that of the EU, in that (1), the “right to have a professional qualification recognised should not be tied to residency,” and (2), “relevant equal treatment with national professionals for those who are neither frontier workers nor resident on the specific date,” should be applied.

In June, the UK’s position was not clear on this issue. It now seems that both the EU and UK want to guarantee continued recognition of these qualifications, after the UK’s withdrawal date. Discussions are still necessary, concerning continued recognition of “other professional qualifications, including of EU-wide licenses and certificates, which are recognised throughout the EU without a recognition decision under relevant EU law.”

The UK seems to wish that any ongoing process, on the date of withdrawal, be allowed to continue. This includes Title II of Directive 2005/36, where Member States may not restrict the same profession being pursued on a temporary basis, if the service provider is legally established in another Member State.  The EU’s position is ambiguous, to say the least, stating that, “to the extent that there is no recognition decisions before withdrawal or ongoing recognition procedures at withdrawal date, this issue is outside the scope.” To date, no formal agreement has been reached, on this matter. 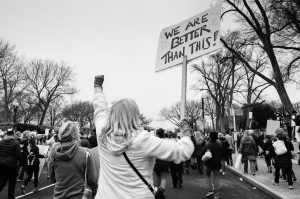 The 5th round of the Brexit negotiations has been disappointing. Little or no progress has been made concerning the rights of British citizens working in the EU27 – in particular, the right to move freely between EU Member States. For Michel Barnier, “that question remains on the table and we are willing to discuss it at the appropriate time.” It does seem, Monsieur Barnier, that for a lot of British expats in the EU, you are way too late to talk about anything, yet alone citizens’ rights.