Riches And Stitches in the EU

It’s quite interesting to see how different European countries tackle the outcome of a general election that didn’t quite go to plan. It seems that, nowadays, the electorate want a little bit of this, and a little bit of that, and end up getting nothing.

Dutch politicians rhymed their way into forming a coalition. It took them the best part of 6 months of constant poetic and philosophical chit-chat, but they got what they wanted – a 4-party coalition, albeit a fragile one. The Germans quarreled at the first signs of trouble, and are no longer on speaking terms. As for the Brits, Theresa May bought her coalition a long time ago. It’s surprising what a few fivers can do – deal done and dusted in a couple of days. It is really a case of riches and stitches in the European Union. 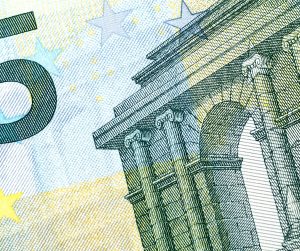 Theresa May bought herself an expensive set of DUPpies, who, whilst offering their support – for now – won’t hesitate to dirty the kitchen floor, if anything unsavoury happens to the Irish border. Of course, for Theresa May, it’s really a case of “splash the cash”. Rumours have it, that she’s thinking of a number for the Brexit divorce bill – and then doubling it. Furthermore, this week, it has been announced that two EU agencies are moving out of the UK. The European Medicines, and Banking, Agencies, are moving to Amsterdam and Paris, respectively – at the UK’s expense. Well, they couldn’t really stay in the UK, after Brexit, could they? That would be like having an American brand of computers and mobile phones, built in China. There is a good side to the story, however, concerning EU citizens in the UK. My message to all 3 million of you, is this: don’t worry, because if you do get kicked out, Her Majesty’s Government is only too keen to pay all expenses, including a semi-detached house on the outskirts of Riga. That’s in Latvia, in case you didn’t know.

Culture is like jam: the less you have, the more you have to spread it around

Music can sometimes convey a message better and louder that the spoken word. The  Last Night of the Proms, 2016 version, was a prime example. I’ll be honest, I was not in the mood to listen to British patriotic songs and watch the waving of Union Jacks. However, being married to a Peruvian, I recorded the concert because of the presence of the Peruvian tenor, Juan Diego Florez. I wasn’t disappointed. For all the political turmoil related to Brexit, the last night remains firmly a bastion of British culture, opening its arms to Europe and beyond. It brought tears to my eyes, as it always did in the past. Nothing to do with sorrow or anger, but a profound and unconditional fondness for my outward looking fatherland. Music can soothe even the deepest wound, be it for a few minutes. The “Last of the Inca’s”, singing “Rule Britania”, was just absolutely brilliant.

I’m a Londoner, and proud of it to the point where my subtle Londoner’s accent (not quite Cockney) has never disappeared. Kilburn isn’t a bad place to live in – if you ignore the fact that Kilburn High Road actually exists. 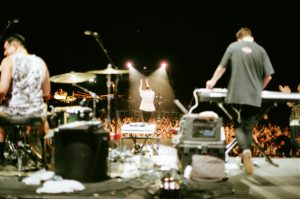 You know how some people can remember their first girlfriend or boyfriend? Well I can’t, but I do remember exactly a fateful day, in 1977 – the day I bought what was to be the first of many Genesis albums. Needless to say that, since that day, I’ve bought all the Genesis albums, and even re-bought CD versions of quite a few of their albums, when my record player (and probably yours too) became extinct. Remember those plasticky things with a hole in the middle? I have also seen them (Genesis, not the plasticky things) quite a few times, in concert. The most memorable gig, was the one I saw in the Roman arena at Fréjus, in the South of France – one of the last times that Genesis played “Supper’s Ready”, in front of a live audience. A fantastic experience of a piece of English culture, that swept the world.

One of their albums, entitled “Selling England By The Pound”, which came out in 1973, has a definition of Brexit in one of the songs and, you may have guessed, in the album’s title. The song about Brexit is called “Dancing With The Moonlit Knight”.

This is what Steve Hackett has to say about it:

This is probably my favourite Genesis song…The “Disney” section at the end has an English pastoral hypnotic feel – a thread to the world of Spencer’s Faerie Queene – a small corner of England remaining while the rest is sold off as a job lot plunging headlong into an alienated future. (adapted from www.genesis-news.com) 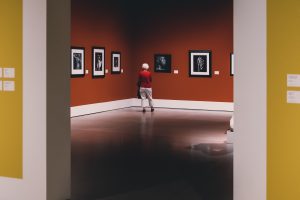 That’s just about what is happening to the UK right now. The alienated future is just around the corner. The decision by the EU not to allow UK cities to bid for designation as European capital of culture, whilst disappointing for all who have already worked hard for the applications, is absolutely justified. The UK government has already begun urgent talks with the EU commission, to try and reverse the decision. Maybe it’s the hard way for people to finally realize that the EU isn’t only centered exclusively around money, but is also a cultural project taking place on an unprecedented scale. I do hope that the UK candidate cities who had submitted a bid for 2023, are not only disappointed for the loss of financial revenue. Culture is something that should define every single one of us. We should be proud of our cultural heritage and, whilst not trying to enforce it onto others, we should do everything possible to share it with others.

The use of the term ‘European heritage’ to enhance the feeling of belonging and identity suggests that it can counter alienation and strengthen the cohesion of European societies, overcoming the local, regional, and national interpretations of history, culture, and identity, and as such we can indeed have in varietate unitas. – Culture Action Europe

French comedian, Coluche, once said that, “culture is like jam, the less you have, the more you have to spread it around.” And like jam, you don’t realize how sweet and soothing culture really is, until you don’t have it anymore.