The sixth round of the Brexit negotiations took place on 9th and 10th November, and brought absolutely nothing new. Well, you didn’t really expect them to reach an agreement on something as trivial as citizens’ rights, did you? 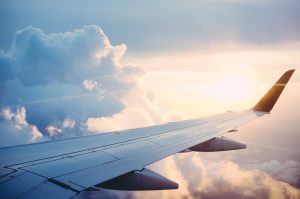 My advice for all Brits on the continent is, get a second nationality…and quick, because time flies, but after Brexit, you may not. I’m referring, of course, to the possibility that Brits in the Union may be stuck in their land of residence, at the time of Brexit. Let’s just hope that, for most of you, it’s Spain, and not Latvia. Not that I’ve got anything against Latvia, of course.

Let’s have a look on what Michel Barnier and David Davis, have actually been saying – in particular, about citizens’ rights.

(I) Attitude towards the negotiations:

David Davis (DD) – “If we are to find a way forward it will require flexibility and pragmatism from both sides as I think Michel also stressed.”

Well, think again, David, because Michel said no such thing,

Promising isn’t it? One is trying to be flexible, whilst the other is following pre-made decisions and guidelines. I do ask myself, if the UK is really trying to be “flexible”, or just attempting to wriggle out of a mess that nobody really anticipated – least of all, those who voted Brexit.

DD – “We have been clear with the EU that we are willing to engage in discussions in a flexible and constructive way to reach the progress needed.”

Poor David Davis – he’s probably suffering from motion sickness, after having tried to be so flexible. Well, so much for flexibility, then. We’re only talking about people’s lives, so what’s there to get all flexible about?

(II) Usefulness of the latest round of talks:

DD – “So this week our focus has been on finding solutions to those issues.”

Sounds promising…At last, we are going to get some concrete answers.

MB – “Do not expect from us today, at this stage, announcements or decisions.”

Silly me, there I was, thinking that the whole point of the negotiations, by round 6, was to reach decisions and announce them. How long do these guys need? Just take a moment or two, and spare a thought for the millions of EU citizens in the UK, and Brits on the continent, who are worried sick about whether their spouses currently living in Somalia, can join them after Brexit. Sometimes, the phone line is so bad between Sunderland and Mogadishu, that unfortunate misunderstandings often arise,

I could say that a lot of EU citizens are emotionally falling apart, because their family members may not join them – but I won’t. Let us not mock the afflicted. Some citizens are genuinely worried about their future – whether it be pensions, healthcare or continued validation of professional qualifications.

DD – “On the mutual recognition of professional qualifications, the European Union’s approach remains more narrow than we would like.”

In fact the EU’s approach seems to be so narrow, that Michel Barnier’s response was worth the dreaded “nul points”.

MB – “We also had encouraging discussions on direct effect of the withdrawal agreement. This is a key point to guarantee citizens’ rights.“

I ask myself if these two learned gentlemen have been to the same meeting. It all boils down, of course, to the fact that the EU is seriously considering trapping British citizens, in the member state where they are resident, at the time of Brexit. And there was I, thinking that the EU had freedom of movement in the very heart of its soul. Time to use my French passport, methinks.

(III) It ain’t over until the fat lady sings:

DD – “We have continued to make progress on Citizen’s Rights. We are now seeking political solutions to the last outstanding issues on both sides.”

MB – “On citizens’ rights, we are making some progress, although we need to work further on a number of points.”

The two comments probably represent the understatement of the negotiation round. Take it from me, the UK and EU will never agree completely on citizens’ rights. Otherwise, it would already have been done. In particular, the administrative burden of acquiring “settled status” in the UK, for which Michel Barnier stated that, “the UK has now provided useful clarifications that are a good basis for further work.” The problem is that, despite what the UK government says, acquiring settled status will remain a complicated administrative procedure, that can be influenced by a subjective perception of what is required. In other words, whether you have posted or emailed all the information required to process your application, is subject to a personal approval by an administrative worker who opens your letter or reads your email. it will rest on the interpretation of a set of laws that no-one will have carefully read, yet alone fully understood. If you think that it is just an administrative adjustment, then you are wrong. For some, it can (and will) go terribly wrong. When I moved from the UK to France in 1984, I was personally involved in the administrative misinterpretation of EU Law by the French. I was astute enough to provide them with a certificate which, whilst not being illegal, was not the one they were wrongfully asking for, and that I could not provide. I played them at their own game. I was lucky…I won.

For Michel Barnier, there remains a lot of work to be done, concerning citizens’ rights,

There are still a number of points that need more work:

o   and the role of the European Court of justice in guaranteeing consistent application of case law in the UK and in the EU.

These three issues are important for people, as the European Parliament has also stressed.

If you add to that, the points referring to freedom of movement, and recognition of professional qualifications, the chances of reaching an agreement that suits everybody, are  slim. It does seem that a lot of work still needs to be done, and the fat lady will have to wait a while longer, before she is finally allowed to sing. I want to believe that there is still a chance that the negotiations will be completed in time. Let’s just hope that our fat lady doesn’t catch a sore throat, by waiting too long.