The fact that I thought that LGBT was a rock band, similar to AC/DC, just shows you how loving and innocent I was, thinking that all these people were just human beings searching for their rightful place in society. Before you accuse me of being stupid, not caring, or both, let me clarify what I mean. Although I know the individual definitions of lesbian, gay, bi-sexual, and transgender, I don’t understand the global notion of “LGBT community.” What do all these people have in common? I can only suppose that it corresponds to the term “coloured” that some use to describe non-white communities – as if white wasn’t a colour.

I am going to make use of four fundamental properties that define what I believe it is to be human – knowledge, reason, tolerance and love. These four “cardinal” properties that define us are deeply related to, and interwoven with, each other. Reasoned knowledge concerning the inner feelings and aspirations of a fellow human being, will lead to tolerance and its highest form – love.

I am free of all prejudices. I hate every one equally – Groucho Marx

So, let’s start with the knowledge

LESBIAN: is for women.

BISEXUAL or BI: is for men and women.

TRANSGENDER/TRANSEXUAL: is for men who were women, and women who were men – physically/mentally.

TRANS WOMAN: is for all those women who are proud of having made the switch and affirm their transgender history.

TRANS MAN: is for all those men who are proud of having made the switch and affirm their transgender history.

QUESTIONING: An individual who is unsure of and/or exploring their gender identity and/or sexual orientation.

INTERSEX: Intersex is a set of medical conditions that feature congenital anomaly of the reproductive and sexual system. That is, intersex people are born with “sex chromosomes,” external genitalia, or internal reproductive systems that are not considered “standard” for either male or female. The existence of intersexuals shows that there are not just two sexes and that our ways of thinking about sex (trying to force everyone to fit into either the male box or the female box) is socially constructed.

CISGENDER PERSON: someone who feels comfortable with the gender identity assigned to them based on their sex assigned at birth.

Confusing? Well, there are a lot more terms I could have mentioned and, it’s not as bad as the Wimbledon mixed doubles tennis match I saw. The first team was made up of a man who was a woman, and a woman who became a man but is now a woman again. Their opponents comprised a man whose birth certificate allowed him to enter the competition as a woman, and another man who was asking a lot of questions about himself, having discovered that it was much more fun wearing high heels than plimsolls, although if he does not identify as a woman, he is really a transvestite, and not a transgender person.

I suppose that what and who you turn out to be, doesn’t only depend on what is officially stamped on your birth certificate. The fact that you were born in Cockfosters or Arnold’s Grove, might very well influence the nature of your sexuality. Nature and nurture have never been so intimately connected to each other, as in the determination of your gender. Or is it your sex?

In the quest for knowledge and understanding, I fall on yet another stumbling block – the difference between sex and gender. I found out that, to put it simply, sex is biology, whereas gender deals with personal, societal and cultural perceptions of sexuality. It’s the definition of what you are, and who you are.

So, what don’t I understand about the LGBT community?

If looks could kill 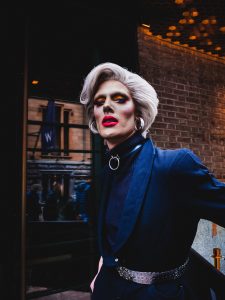 I dare you to try to identify the number of lesbian and gay people in a crowded bus or train, who are not human. If there is no close interaction between you and them, the physical traits that define their humanness dilute all your misconceptions and prejudices. It is only when they enter into your sphere of conformity, by applying for a job in your office, that prejudice and discrimination will set in.

The major problem that trans men and, particularly trans women have, is their appearance. It does seem to me that a lot of trans women exaggerate the physical attributes of their “acquired” gender, whilst acting and reacting in a way that underscore all that is wrong with the attitude of men towards women. It’s almost as if trans women exaggerate sexist stereotypes by undergoing massive surgical procedures and wearing outrageous clothes.

The incredible complexity of the argument concerning LGBT rights in general and the recognition of transgender persons in particular, reflects the total lack of communication between “them”and “us.” The attempt to deeply analyse the situation, both sides (LGBT and cis-gender people) using complex terminology that few people understand, only serves to aggravate the situation and create an insurmountable schism between a vociferous majority and a minority screaming for its survival. It is impossible for me, or anybody else, to deeply feel – whether we want to or not – for anyone from the LGBT community. The very best we can do is tolerate them. We can only reach the highest form of tolerance – love – by transcending physical appearances or sexual preferences, and interacting with the human being we are facing and with whom we can identify. The fundamental problem is one of identification – we cannot begin to imagine how these people feel, in the same way that they cannot fathom our disorientation, which is the root cause of all the violence directed against them. A lot of people are facing an existential crisis related to who and what they are. Not only is this a crisis relating to their own person, but it also concerns others – i.e. other people cause you a problem because they cannot be identified correctly. In other words, you feel uneasy because you cannot identify the other as you would like to.

It’s all in the mind 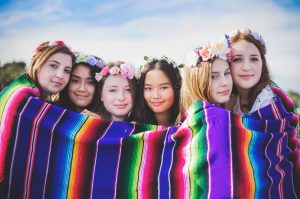 I remember an incident that took place many years ago. We had just acquired a baby male tabby cat. When we took him to be sterilised, it turned out that the cat was a “she” instead of a “he.” When my 11-year-old brother heard the news, he burst into tears. Why on earth was my brother so upset? Was it because he had suddenly lost a cat that he dearly loved, to be replaced by another? Was he disappointed? I still have no answer to what went through his mind, but our little tabby cat spent the rest of her life with a male cat’s name.

I’ll be honest – I don’t have an answer to all this classification business, who is what and why. But there is one thing that I’m sure about, concerning sexual orientations and/or gender issues. If we were all allowed to wear dresses and make-up, the LGBT community that we spend so much time talking about, would be halved overnight.

But the story is more complicated than simply allowing men to wear dresses, and women to grow beards. It’s an ongoing battle between a biology that is being discovered, and a culture that we are too familiar with and do not want to change. It’s a constant misunderstanding between genotypes controlling hormone function and brain structure, and stereotypes controlling the way you have to be. And these stereotypes do not allow for sexual incorrectness.

And so, to the quote at the beginning

Women and gay men will forever be at odds with this system. The only option that remains is to eradicate it. 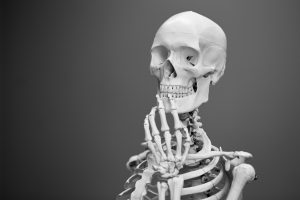 I feel targeted. I feel that if I were to hire a new dental assistant, she would have to be a transgender person, in order to prove that I have come to grips with the subject at hand, that I have understood all the intricacies of 21st century human beings. The author continues, “It is not men that feminism fights against, but rather the system that places men before and above women. The same system places straight men before gay men. It is this system that dictates the idea that women ought to be “feminine” and men ought to be “masculine.” It is this system that punishes us when we stray from these rules. The obvious flaw here is that femininity and masculinity are dynamic concepts.”

Despite his assurances that it is nothing personal, I still feel targeted because although the system is not me, I am the system. I abide by it, I feel comfortable with it, especially within the confines of my immediate environment, and within the context of my own existence.

By mixing the world of LGBT rights with that of feminism, the situation becomes even more complex to understand. This is underscored by the fact that, at this year’s London Pride, a small group of cisgender women made their way to the front of the march, lay down on the ground, shouting that trans women aren’t women at all, and are “raping” lesbians.

Welcome to the world of feminism, yet another world that I do not completely understand. 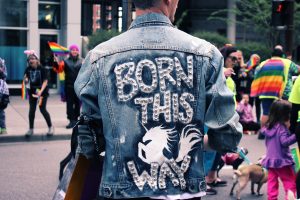