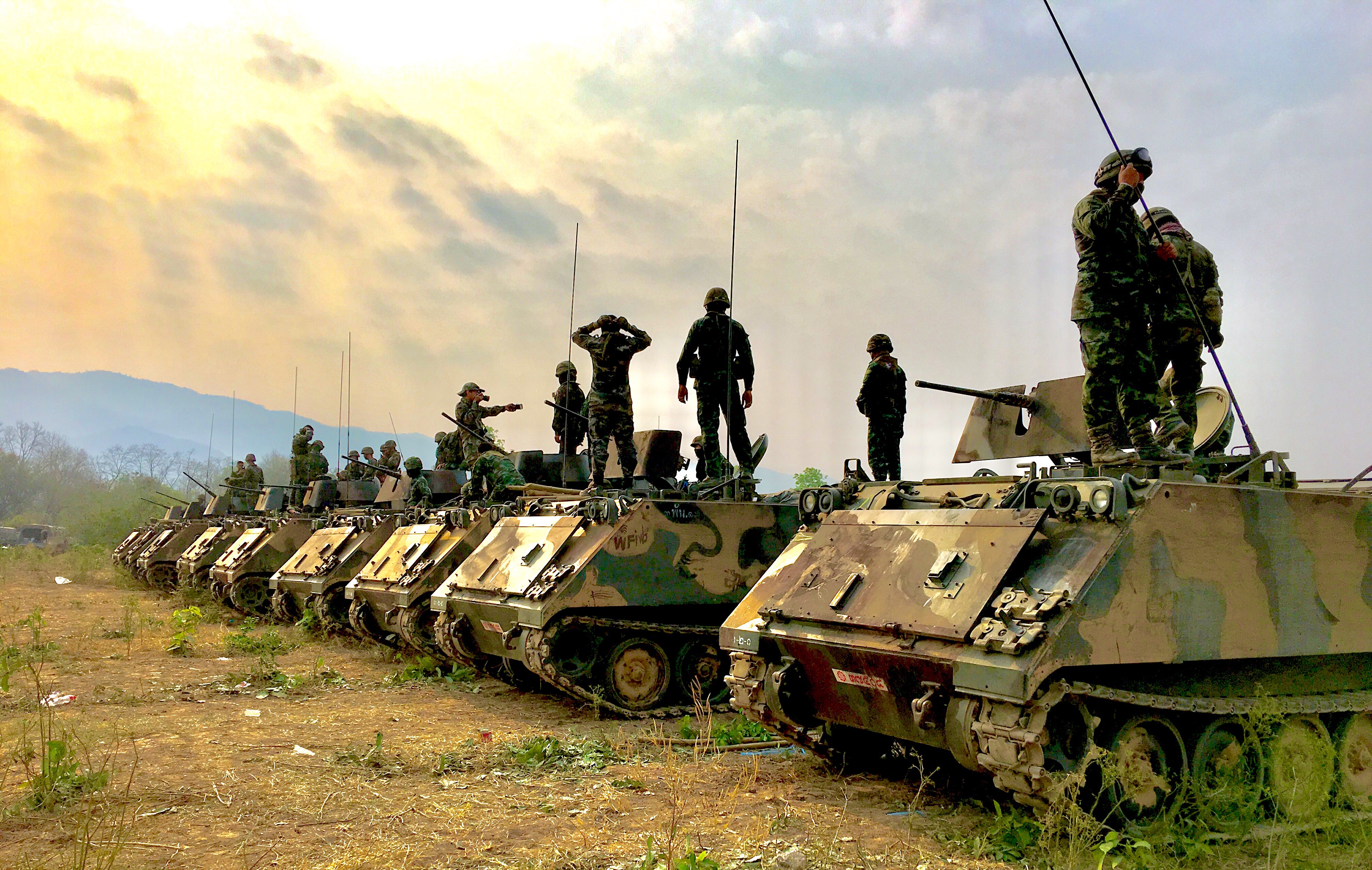 It’s a sign that all is not quiet on the seats of Westminster – the army is getting ready for a no-deal Brexit. Even Donald Trump is recalling his boys out of Syria, to get ready for the big day in March. Brexit is so much more important than Syria.

But, wait a minute! Brexit is supposed to be a peaceful retreat, not a bloody entrenchment on an island that is surrounded by its isolationism and vanity. What is the army going to do, that cannot be done by ordinary civilians?

.@SophyRidgeSky asks @Tobias_Ellwood what role the armed forces could play in a 'no-deal' #Brexit.

He says we need to see what the final deal is rather than "guessing ahead", but the armed forces "stand ready to support the UK" #Ridge pic.twitter.com/ssTsbBl5qy

Well, Tobias Ellwood may be extremely hesitant about the answer to that, but I know exactly what the army will do. The answer, of course, is that the army is going to help with street parties in the North of England, and with huge traffic jams caused by thousands of articulated lorries, just west of Dover. Between blowing up balloons in Newcastle, and blowing up Romanian juggernauts to clear the M20, the brave old boys will certainly have their hands full. I can hear the cries of, “don’t panic,” and, “they don’t like it up’em,” from this side of the North Sea, where the port of Rotterdam is also meticulously preparing for a no-deal Brexit, by draining 25 kilometers of port, absolutely dry. Even the French are joining in the good spirit and, as a parting gift to the UK, will transfer the Calais Jungle to the outskirts of Canterbury, free of charge. The migrants won’t even have to search for accommodation because they will be able to sleep in the immobilized lorries.

By far the biggest headache for the UK could be the potential shortage of drugs, illegally imported from Amsterdam, and sold on the streets of Brixton. To counter this, Theresa May is prepared to spend over £100m on extra ferries, to support the lucrative drug market.

No! No need to panic Captain Mainwaring. Everything is under control. The Brits have enough technology and manpower to combat any type of EU drone, threatening its shores; enough disrespect for the EU rules, to bring back the much missed Austin Allegro, and enough stigma to attract interest from all the WTO riffraff.