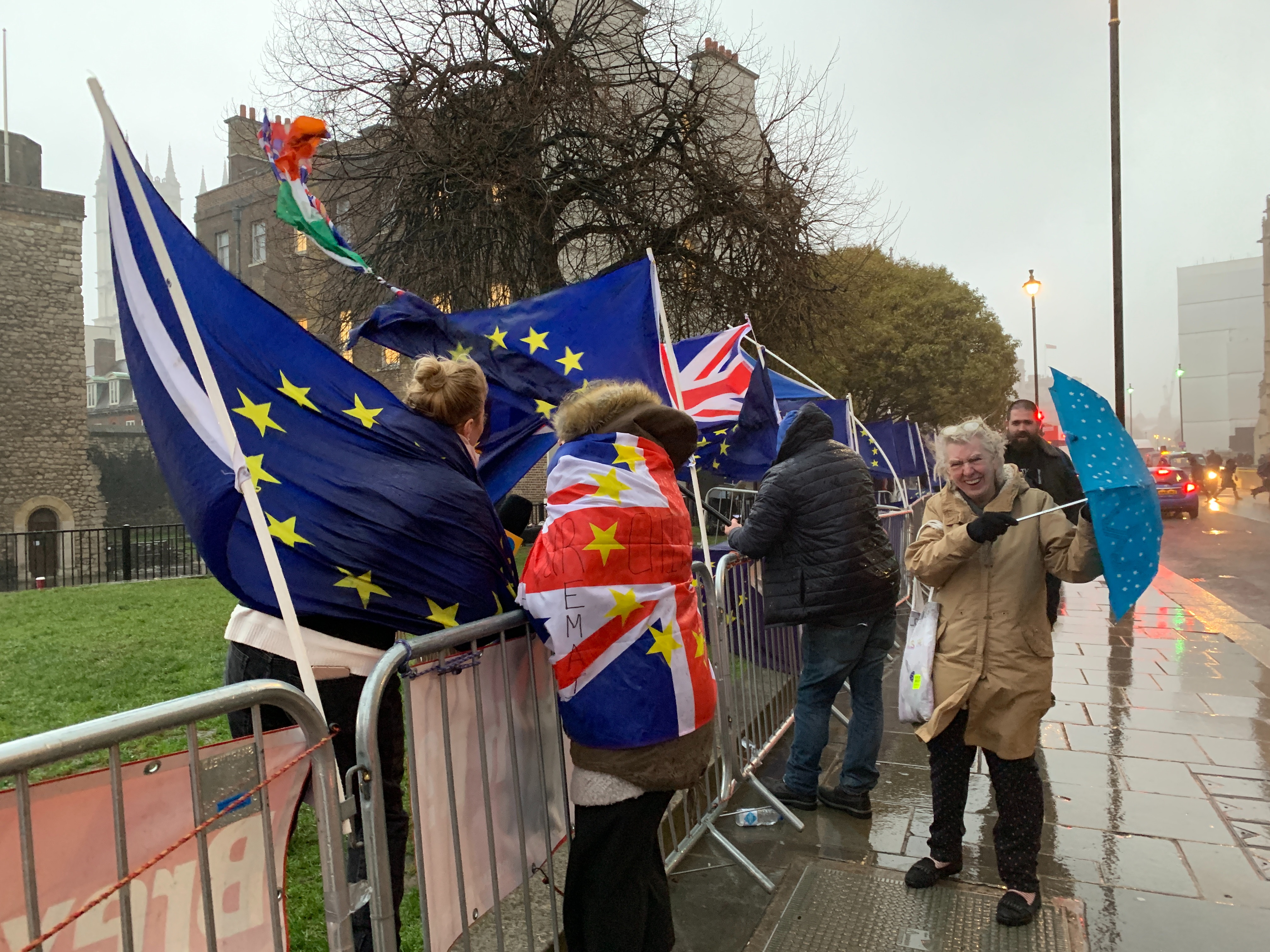 If we accept that the will of the British electorate, as expressed in the 2016 referendum on Europe, be respected, we must accept that the UK will no longer be part of the EU, from March 29th onwards. Only a second referendum, with the option to stay, could reverse the decision of the 2016 referendum. If ever there were a time when the EU needed to remain unified, it would surely be now, during the dealings with a member state that is using any argument to disentangle itself from the union, and is threatening to turn into a rogue obsessed with reaching deals outside the EU, no matter what the cost. The EU must not fall victim to Theresa May’s capitulation to hard-line British Conservatives, and must not become hostage to political wranglings in Westminster.

Theresa May’s stance since the beginning has gone from a half-hearted Remainer, to a fully fledged puppet, belonging to hard-line Conservatives who are obsessed in making Britannia rule the waves again, even though she has forgotten how to swim. The attitude of the hard-liners is nothing short of disgraceful, ranging from pretentious notions of, “you need us more than we need you,” to, “if you don’t do what we say, we won’t pay our dues.” It’s a disgraceful attitude to have in the face of decisions that will change the political and economic landscapes in the UK, for decades to come. The Conservative rebels are putting party politics before country, ego before temperance, and ignorance before knowledge and wisdom.

In wanting to renegotiate the question of the Irish border and, in particular, the backstop which would see the UK in a customs union until an adequate trade deal is reached, Theresa May is questioning the very nature of Europe’s internal market.

Boris Johnson’s belief that there is no reason why the EU cannot get rid of the backstop, just underscores how little he knows or cares about the single market and customs union. It is inconceivable that a 500 km stretch of land, giving access to 500 million people, be controlled solely by computer software that has not even been written yet.

We owe that protection to all those who are in the internal market.  – Michel Barnier

The simple truth of the matter is that the absence of a backstop without the presence of an adequate trade deal is synonymous with the reintroduction of a hard border between Northern Ireland and the Irish Republic, with all the consequences that such a border entails.

If Theresa May gets her way, and the backstop is severely weakened or even cut out of the deal, the absence of a hard border will significantly increase the risk of a chlorinated chicken travelling all the way from Donald Trump’s back yard, through the non-existent Irish border, to end up in my local supermarket in the Netherlands. It is something that 500 million EU consumers cannot and must not accept.

Michel Barnier and others have said repeatedly that the Brexit deal was not to be renegotiated. The Irish backstop represents the last thing that would have any chance of being renegotiated, no matter what the price. In leaving the EU, the border between Northern Ireland and the Irish Republic becomes, in effect, an external border of the EU and its internal market. The controls of goods and animals, passing through this border, must be as tight and extensive as border checks taking place on other EU external borders. Customs controls at these external borders are a prerequisite for protecting EU consumers from goods and products that could be harmful to their health, or detrimental to the environment.

The Irish border – or rather the lack of one – and the EU internal market, go far beyond the simplistic notions of land borders and free trade. They have both become the symbol of what can be done to heal – or at least appease – old wounds that were synonymous with bloody conflicts. So many people in Northern Ireland still bear the scars of decades of a bloody conflict. In Europe, the atrocities of past combats can still be told by those who survived them.

Michel Barnier and the EU have more than a moral duty to protect European citizens who live in the union. It is a categorical imperative that the internal market functions without a potential breach in its external borders, and all must be done to keep the market water tight. In the same way that the EU helped Greece in order to save the euro, so should it resist the hard-line British Conservatives, in order to protect the internal market. Anything less would be a betrayal of European ideals, and an undermining of European citizenship.