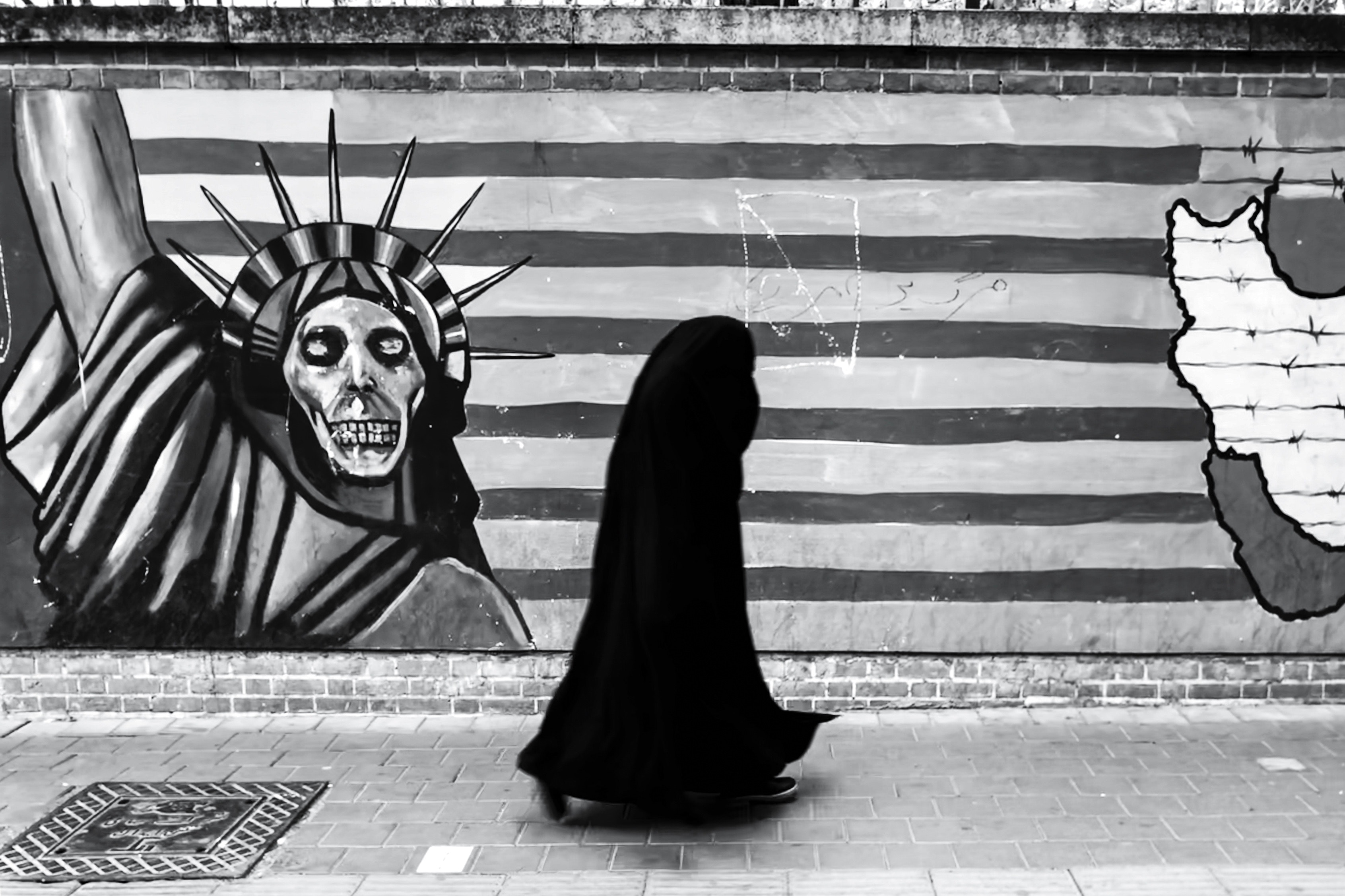 Shamima Begum deserves, like all Jihadists, not a criminal court hidden somewhere in the centre of London, but one that reflects the universality of the crimes she supports.

Europe faces a problem not only with migrants from worn-torn Islamic countries, but with returning Jihadists who, technically at least, are still European citizens. It’s an acute problem for countries such as Germany, France and the UK, that are having to manage the lawful return of dozens of Isis fighters who, to all intents and purposes, are still fully radicalized. We are thus exposing ourselves to the possibility of further terrorist attacks.

What does the West do with these rogues? Do we let them return to be tried and convicted if found guilty? One solution is to strip the returning Jihadists of their passports, which effectively prohibits them from returning home. Although in 2017, up to 150 fighters returning from Syria lost their UK passports, a big loophole is that the confiscation of a UK passport will not affect those having double citizenship, since the UK would not be able to annul a passport originating from another country. Similarly, the UK government has the power to strip returning Jihadists of their UK citizenship, but only if another citizenship is held.

The latest Isis fighter who wants a way back is Isis bride Shamima Begum who, in an exclusive interview to the London Times (free of charge, of course), wants back and wants to be forgiven, all in the name of an unborn child and human kindness. How very touching, love, but it seems to me that you’re very cynical, very stupid, or very both. On the subject of leaving Bethnal Green, Shamima Begum admits that she was “a silly 15-year-old.”  Maybe she just wanted a break and thought that Isis was a cheap chain of hotels, rather like the Ibis hotels that are scattered across the world. I must admit, though, that Shamima Begum does have a silly sense of humour, and a quaint penchant for a rolling head that was originally attached to innocent body,

When I saw my first severed head it didn’t faze me at all. It was from a captured fighter seized on the battlefield, an enemy of Islam. I thought only on what he would have done to a Muslim woman if he had the chance.

To each his own, and I suppose that if we behead all the men of this world who are potentially harmful to women, the problem of rape will have been solved.

As a teenager, Shamima Begum left Bethnal Green with her two school buddies, and somehow managed to get on a plane, fly all the way to Turkey, to finally end up in Syria, in the hands of those exceedingly nice people at Isis. I can well imagine that Bethnal Green may not be the last corner of paradise on earth, but is it reason enough to skip maths and run off to fight the whole Western world for the next four years? Shamima seems to think so, as she emphatically states, “I don’t regret coming here.” But nowadays she is no longer that silly adolescent, but a ripe woman who is 19 years old. What a difference 4 years can make, although on wanting to leave Isis, she admitted being “weak.” She decided to leave for her own security and that of her unborn child, even though she knew that she would be scorned by the women fighters who stayed on.

Let’s forgive, understand, and council her – she is British, after all.

It is hard not to assume that Shamima Begum has been transformed from a lazy and undistinguished schoolgirl, into a hardened professional fighter and potential killer. She has seen more heads roll than I’ve had hot dinners, and is no stranger to dead babies, even her own. Asked how she felt after seeing Western journalists being decapitated, she answered,

Journalists can be spies too, entering Syria illegally. They are a security threat to the caliphate.

Since she claims that it was all in the name of a good cause, and that anybody who thinks differently is a spy, how can she be anything else but radicalized? 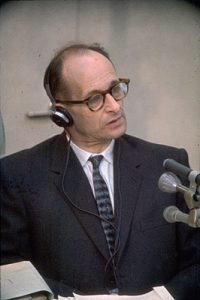 Telling the world that life in Raqqa was largely “normal,” and that she just wanted to come home to mummy and have her child, Shamima Begum’s attitude and complete ignorance of the situation she finds herself in, and put us all in at the same time, remind me of yet another rogue who thought that he was just doing his job and living his life – Adolf Eichmann.

The idea that the most ordinary person could perpetrate an act so evil without even thinking twice about it was described by the German political analyst and philosopher Hannah Arendt as “the banality of evil”. For Arendt, reasoning has no grip over evil because reason doesn’t understand evil and has no access to it. Evil cannot explain itself and one cannot explain evil. It is just senseless.

Indeed my opinion now is that evil is never “radical,” that it is only extreme, and that it possesses neither depth nor any demonic dimension. It can overgrow and lay waste the whole world precisely because it spreads like a fungus over the surface. It is ‘thought-defying,’ as I said, because thought tries to reach some depth, to go to the roots, and the moment it concerns itself with evil, it is frustrated because there is nothing.

In other words, when evil is done, thought has no chance of saving the day. And something you do without thinking becomes banal or routine.

In her account of the trial of former SS civil servant Adolf Eichmann, that took place in Jerusalem in 1963, Arendt described Eichmann as a perfectly normal man.

The trouble with Eichmann was precisely that so many were like him, and that the many were neither perverted nor sadistic, that they were, and still are, terribly and terrifyingly normal. From the viewpoint of our legal institutions and of our moral standards of judgement, this normality was much more terrifying than all the atrocities put together.

The most disturbing and controversial observation that Arendt made in her account of the trial, was that this could happen to any one of us. She almost felt sorry for the man being so stupid as not to think about what he was doing, and she could certainly not describe him as a “monster”. Is Shamima Begum not a monster at all, but just an ordinary schoolgirl who went sleepwalking for four years, and who has just woken up to find out that she had broken all the garden furniture? Be that as it may, let’s forgive, understand, and council her – she is British, after all.

Whether she likes it or not, Shamima Begum is guilty of supporting and facilitating crimes against humanity. 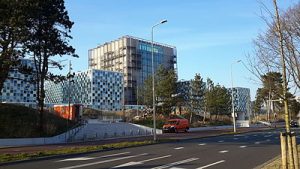 As in all walks of life, if you do something wrong and break the law, you must be tried, judged, and accordingly punished. There is, in my opinion, only one court that is capable of bringing all those associated with Isis, whether they have directly participated in the brutalities or not, to justice – the International Criminal Court in The Hague. Whether she likes it or not, Shamima Begum is guilty of at least participating in, and facilitating, crimes against humanity.

In its founding treaty, the Rome Statute of the permanent International Criminal Court defines crimes against humanity by any of the following acts when committed as part of a widespread or systemic attack directed against any civilian population, with knowledge of the attack:

(e) Imprisonment or other severe deprivation of physical liberty in violation of fundamental rules of international law;

(h) Persecution against any identifiable group or collectivity on political, racial, national, ethnic, cultural, religious, gender as defined in paragraph 3, or other grounds that are universally recognized as impermissible under international law, in connection with any act referred to in this paragraph or any crime within the jurisdiction of the Court;

(i) Enforced disappearance of persons;

(j) The crime of apartheid;

(k) Other inhumane acts of a similar character intentionally causing great suffering, or serious injury to body or to mental or physical health.

When are we going to stop giving excuses to these people? When are we going to act tough but within the defining limits of our democracies, in order eradicate this perpetrating evil? In constantly giving excuses, seeking reasons for, and enumerating mitigating circumstances, we are undermining our security and feeding the forces of evil that we are fighting with our democracies.

In leaving the UK for Syria, Shamima Begum has, at the very least, supported and facilitated at least one of the criteria defining crimes against humanity. She has done so by intimate associations with Jihadist fighters, and thus can be judged in a criminal court. It would be fitting that upon returning to a democracy, she gets the taste of what democracy is all about, when it comes to breaking its laws and wanting to destroy its very foundations. She deserves, like all Jihadists, not a criminal court hidden somewhere in the centre of London, but one that reflects the universality of the crimes she supports and has contributed to.