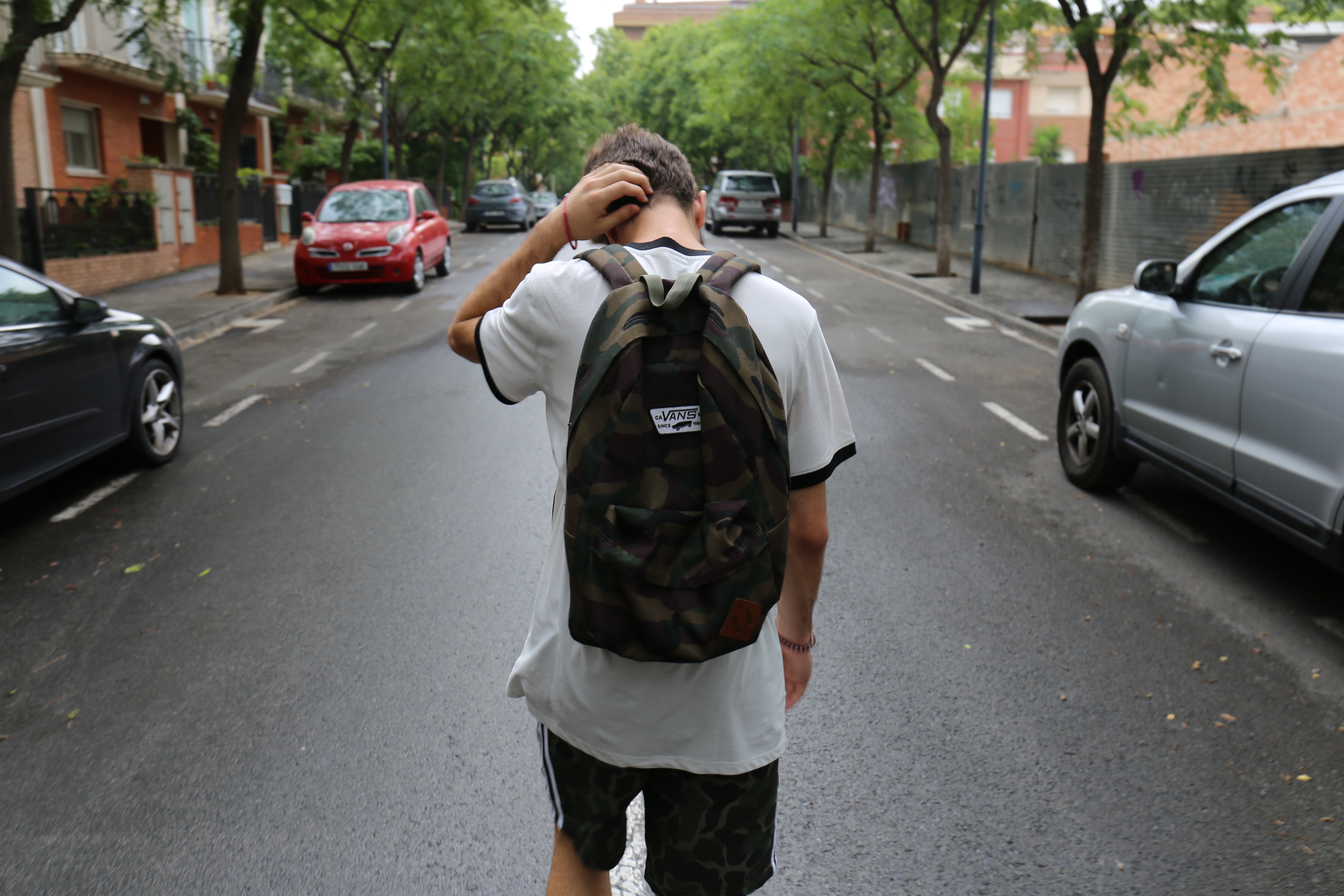 If I think about it, I’m probably writing this post not out of pure desperation, but as a therapy. This is my way of trying to convince myself that things are not as bad as they seem. I mean, what could be wrong? My wife has gone away for two days to attend a Catholic convention in Germany, and my 14-year-old teenager – whom I am convinced is an atheist – is fasting for a day, in the true spirit of Ramadan. The result of these contiguous occurrences is that I got up at 4 o’clock in the morning to drive my wife to Amsterdam’s Schiphol Airport, whilst my son stayed at home to eat his Corn Flakes before daylight. The fact that he has to go to school later in the day doesn’t deter him from having breakfast at the crack of dawn.

At least with my wife, I knew what I was getting, because coming from Peru, the chances are that she was a practicing Catholic. She finds spending a couple of hours each Sunday in the company of her Catholic “sisters” comforting and an important part of her spirituality. I have absolutely no objection to that, and she knows and respects my views on beliefs in general, and religion in particular.

But where do I begin to start to understand what is going through the mind of my cherished teenager? I suppose that I must be grateful that he doesn’t smoke, drink, or take drugs – yet. I must be thankful that he hasn’t been kicked out of secondary school and that his school grades are just about on the right side of average. So do I have to take his whimsical dip into the world of Islam seriously, or with a pinch of salt – if that’s allowed during Ramadan?

My strongest recollections of my teenage days concern being sandwiched between several drenched duffel coats on the Bakerloo line, where the passengers in the carriage outnumbered the oxygen molecules.

The best way to get into the mind of a teenager, I suppose,  consists of reminiscing about how you were at the same age, making a list of all the silly things that you have done in the name of freedom, and thinking about it. It’s not as easy as it seems, especially when you cannot really recall anything remotely significant that you have done all those years ago.

My strongest recollections comprise being sandwiched between several drenched duffel coats on the Bakerloo line, where the passengers in the carriage outnumbered the oxygen molecules. Whilst my parents were out, I do remember accidentally locking our persian cat in the living room where an ocean blue carpet had just been fitted. Since the cat had no choice but to use the carpet around the fireplace as cat litter, I cleaned up the inevitable consequences of her lactose intolerance with a liquid gumption that turned the carpet surrounding the fireplace from blue to mauve, and was convinced that my parents wouldn’t notice.

Like all teenagers, I was a rebel – well, sort of. I managed to convince my parents that I found Sunday School truly boring and couldn’t face yet another Sunday in the company of a bitter old spinster reading incomprehensible stories about people parting seas. I was a rebel because I wanted Northern Ireland to be free, and carved  graffiti on my desk that read, “Northern Ireland will never survive if it is not free!” I didn’t really know what it meant and, in any case, the slogan wasn’t even mine. But it sounded good.

Is my son an individual or a social concept?

My own experience not having helped me in my present quest for truth, it was time to find out from experts what the term “teenager,” actually means. When the word is used in desperate conversations I am having with anyone who can converse on the matter, who am I referring to? The term not only describes my son as an individual caught in the cross-fire between hormones and neurotransmitters, but also as a member of a modern social concept that has evolved with time. Is my son an individual or a social concept, or both?

Adolescence may not rhyme with metaphysics but certainly describes it. The adolescent brain is looking for clues to explain the world, is capable of thinking its own thoughts, and has the temerity to question and oppose. But because adolescence lacks the supposed rationality of adulthood and the apparent stoicism of old age, it is being wrongly stigmatized by the adult society – teenagers are lost, have no respect, and are increasingly difficult to understand. We forget that, as described by French philosopher Auguste Comte, this metaphysical state is a chronic illness that is inherent to our mental evolution as we pass from a state of infancy to one of virility.

Adolescence, as a concept, seems to be a paradox because the more we tell a teenager that he acts like a teenager, the more he is going to act like one. And how can we, as grown-up adults, tell our teenagers to grow up when we ourselves have difficulty in accepting the aging process?

There is a time for everything,
and a season for every activity under the heavens:

a time to be born and a time to die,

a time to plant and a time to uproot… – Ecclesiastes 3

I wanted to hug him but I abstained from doing so. He is a teenager after all.

I have to understand that adolescence is a path common to all human beings throughout the ages. It is a narrow tortuous passage from childhood to adulthood, and not all who take this path will escape unscathed. Having now read a little bit on the subject, it is becoming clear that the inherent biology of adolescence comprises two reality checks that cannot be circumvented.

The first, is the acquired knack for my teenager to feel sorry for himself and angry towards others. His anger towards others – including his parents – is not directed at what others say, but who they are. Gone are the days when I could innocently hug or kiss him – parents don’t do that because he is not a baby anymore. I can only enjoy the fleeting moments when he decides to demonstrate his love and affection.

The second, comprises the need – on my part – to completely reevaluate and modify my relationship with him. He has gone from a stage of being psychologically dominated by a “non-self super-ego,” i.e. the voice of his parents, to one of discovering his own “ideal ego.” In this way, whereas as a child he was being guided by my vision of “good,”  and “bad,” he is now discovering his reality of what is right and wrong, and whether what I say and how I act are in accordance with this reality. It is of vital importance though, that the super-ego does not completely disappear, as this would lead to a loss of imposed limits leading to erratic and anti-social behaviour. On the other hand, his ideal ego must be given sufficient space in order for the notion of who he really is to develop fully – a notion that comprises subjectivity within the values that he has been taught.

My son did tell me something reassuring when he came back from school. His fasting has nothing to do with Ramadan. He just wanted to see how it felt not to have any food in your stomach. “I want to see how Africans feel. In Africa, many are forced to “observe Ramadan”  every day of their lives.” He cannot understand why half the world can eat whilst the other half starves. I wanted to hug him but I abstained from doing so. He is a teenager after all.