It has taken me just over two years to find out the limitations of Facebook for the sharing of personal viewpoints. The social media giant has become submerged with unsubtle memes, links to mainstream media news articles that have not been read before sharing, and certainly not read before being commenting on.

Facebook has become trapped within the confines of its own virtuality, where insults and abuse, wry comments and biases, remain protected by a monitor screen that has become the symbol of the unbridgeable differences between you and me.

I joined the social media bandwagon in July 2016, out of pure frustration over a referendum that had the potential to interfere with my life, and out of desire to get my rants over Brexit heard.

By pure chance, blogging suddenly became a passion. It is as if for so many years, my desire to shout aloud the widespread injustices coupled with the total lack of compassion for, and understanding of, fellow human beings and the natural world, had been suddenly unleashed on my embryonic blog.

The problem that bloggers face is one of over-saturation. The net is full of blogs, of which only a few are really successful in terms of followers. Getting one’s content read – however good or bad the content is – is a real challenge.

But I have always promised myself that the day I stop enjoying blogging, I must stop. Judging by the long list of topics that I want to comment on, my passion for writing is undiminished, it seems. But my enthusiasm for sharing on Facebook is no longer what it was, especially for my posts that are not related to Brexit. I have decided that the latter will no longer be shared because it’s just not worth the hassle.

My change of heart follows a minor incident that didn’t even get me annoyed but made me think, “Oh, what the hell!”

I received a rash remark from a user who told me that protecting my content from being copied prevented interactions with my readers and was “douchey.” I had to look up what the word actually meant and found out that it wasn’t very nice. I explained that a post had been stolen and immediately placed an external link on what she could not look up and interact with. I heard of her no more and the interaction she was so craving for never materialised. This is so typical of what I mean by Facebook being trapped in its own virtuality. It seems that not even the insults are real and that in wanting to engage in a meaningful conversation I have nowhere to go.

Today, Facebook is like a once-thriving neighborhood now littered with payday loan stores, political campaign signs and ugly billboards. The sidewalks that were once filled with friendly pedestrians are mostly vacant. Neighbors don’t venture outside to talk to one another much anymore. – Stephen Roth (blogger and author)

It is reassuring, however, that if my website’s statistics are to be believed, the traffic to my blog and the number of subscribers to my feed remain constant. Dare I think that someone, out there, is actually reading what I write and may even be tempted to share my views? 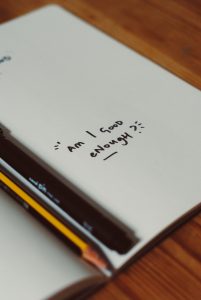