You cannot expect me to be writing all year round can you? It’s time for a break. In the meantime, here’s the first of three updates concerning posts that I wrote ages ago. The two photographs will take you to the land of the Inca’s – Peru.

In 2017, a second international arrest warrant had been ordered for the former Peruvian president Alejandro Toledo amidst allegations that he received up to $20m in bribes from the Brazilian construction giant Odebrecht. The former president would, in return, have granted a lucrative contract to build a transoceanic highway between Brazil and the Peruvian coast. Toledo would not be the first Peruvian president to be found guilty of corruption. In 2006, ex-president Alberto Fujimori (1990-2000) fled to Japan with an alleged $600m of public assets. He has been sentenced to more than 30 years in prison.

Last month, Toledo has finally been arrested in the US, following an extradition request from the Peruvian government in March 2018. He had been a visiting scholar at Stanford University.

The corruption scandals in Peru contrast starkly with the widespread poverty. Although Peru’s GDP has steadily increased since 2000, official figures show that, in 2015, over 20% of the population lived below the national poverty line. For the Peruvian economist, Hernando de Soto, the inability of Peru, and other third world countries, to benefit from capitalism arises from their inability to produce capital.

I have been several times to Peru to spend time with the family of my Peruvian wife. Far from the enchanting images of Cusco, I have witnessed, at first hand, the daily struggles of ordinary Peruvians, people I have come to love. In the land of the Incas, who worshipped the sun, the same sun should shine for everyone, “El mismo sol”.

As I strolled through the rice fields, I had no idea where the property boundaries were. But the dogs knew. Every time I crossed from one farm to another, a different dog barked. Those Indonesian dogs may have been ignorant of formal law, but they were positive about which assets their masters controlled. – Hernando de Soto – The Mystery of Capital 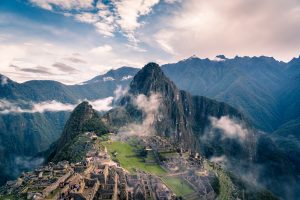 The Quipu Project: The forgotten crimes against humanity

The Peruvian Truth and Reconciliation Commission decided not to pursue charges on the grounds that there was not enough evidence for a conviction. This is a decision that is hard to believe and even harder to accept since it is estimated that just under 300,000 men and women were sterilised as part of the programme. This would make Fujimori’s campaign the biggest such campaign since Nazi Germany. 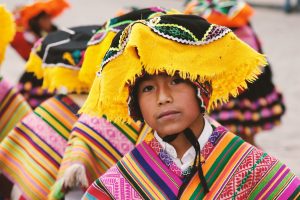