Populism and dogmatism have replaced empiricism and pragmatism, leading to an ideological frenzy, the perpetrators of which are in a constant civil war with their opponents. It is a psychodrama that has cut through political divides, carved apart families and neighbourhoods, to finally break its way through to the very top of the State and Realm. Brexit has become more than just a religious war. It has fallen into the hands of fundamentalists who see no other route than a fight against the infidels, a crusade against evil in the name of good.

Boris Johnson and his “Prince of Darkness” Dominic Cummings, are the archetype of all who support hard-line Brexit fundamentalism where Brexit is not a position you argue but a religious credo you defend and impose on others by any means at your disposal. A direct descendant of the American extreme-right prodigies Newt Gingrich and Steve Bannon, Cummings subscribes to a distinct form of debate consisting of a civil war that is not directed against political adversaries – for they do not exist – but against political enemies.

Negotiating and compromising with Brussels is akin to signing a pact with Satan and is synonymous with treason. Instead, the verses that appear in the Sacred Book of Brexit are blindly recited. They tell of prophets who cannot read, promising vast wealth where it is most needed, and pledging their hearts and souls to protect the sacred land from the trespass of others. Brexit has lost all sense of reason and has capsized into blind fundamentalism where “Brexit means Brexit,” more than ever before, and it does not matter how it is achieved, so long that it is achieved. 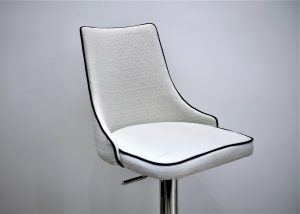 At the press conference in Luxembourg, Boris Johnson got it wrong again. Instead of being conspicuously absent, he should have taken a leaf out of the Marx Brothers’ book and attended to the press only to be busy drinking water and not responding to questioning. He would have been fine as long as the water supply did not run out.

What we did not see, reflected another rant from someone who should have known better than to act as a spoiled child who isn’t allowed ice cream, and could come up with nothing better than a no-show.

Boris Johnson’s latest impersonation of someone who does not want to argue because he has nothing to say, is just another confirmation of how petty Brexit has become and how the mainstream UK politicians, of whom Boris Johnson is just one example, have run out of ideas – if they had ideas in the first place, that is.

Brexit has become acrimonious and boring because what turned out to be such a negative referendum in 2016 due to lack of reasoned discussions over Europe, has led to an even worse negotiation strategy and parliamentary debate. The UK has not run out of ideas over Brexit because the UK does not have any ideas over Brexit.

But they say that it takes two to argue, and the EU cannot be exempt from all criticism. Let us be fair and say that Luxembourg’s prime minister, Xavier Bettel, acted rather like the footballer who having felt the pressure of his opponent, falls to the ground as if he had just been struck by lightning. There was no reason to continue with the press conference and embarrass the absent Boris Johnson. Absentees are always in the wrong, and Boris Johnson had, for some, been turned into a victim of EU patronising. In this case, it seems that the big EU bully should have left the little UK bully alone, by keeping its cool and maintaining its dignity. Because that is what Brexit is increasingly looking like – two bullies fighting in the playground with a crowd of onlookers hopelessly divided between the two, some of who get injured in the process.

The injured, of course, are the EU citizens in the UK and the British expats living in the soon to be EU-27. We have been caught in the incessant cross-fire between London and Brussels for over three years and “we are not amused,” to coin a phrase. Politics may well be politics, but private lives and individual freedoms that depend on EU laws are too precious to be threatened by political madness.

Boris Johnson did not see the need to challenge or rebut the EU, in Luxembourg. In doing so, he rather reminds me of the office boy who doesn’t laugh after his boss has told a poor joke. “Why don’t you laugh too,” asks the secretary? “I don’t need to,” he replies, “I’m leaving on Saturday.” Boris Johnson may not care either, just wanting to be the prime minister who delivered Brexit in a Churchillian fashion and then set out to reform his country in a way that would make Thatcherism look like collectivism. If he succeeds, one thing is certain – he will have his admirers on the other side of the deep blue ocean.

It’s nice to see the country of Winston Churchill and Margaret Thatcher regain its sense of independence. – Newt Gingrich

Whether you admire the Brexit fundamentalists or not, depends on which side you are fighting for in the Brexit war, which part of the battlefield you find yourself trapped in, and whether you are injured or not.