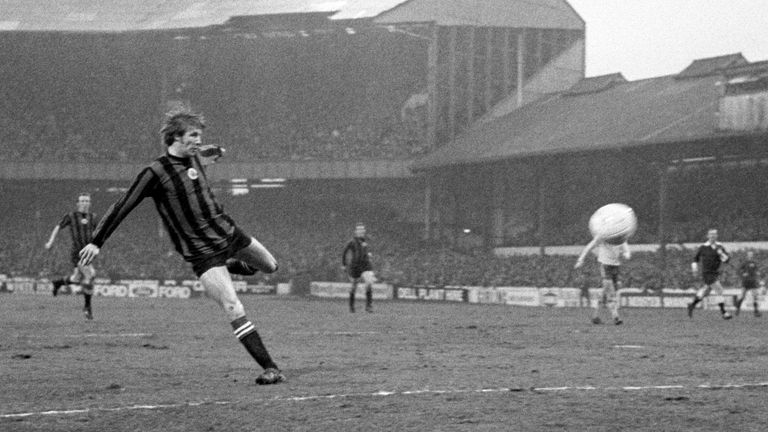 Another glowing crystal is taken away from my fleeting youth. I didn’t know the man, but I knew the player – hero of my early teens – my hero. When he was on song, the sky blue angels danced on ice; and in the floodlit night of a European winter, he glided into the frosty sky like a racehorse called Nijinsky, over a battlefield soiled with sweat and endeavour; defended the fortress with his soul and might. Out of defence, he mounted the attack and headed home to the sweet smell of victory.

Whether I mourn because he has gone, or I am going some day, I cannot tell. But his loss affects me. It makes me think of how time is fragile, how moments are valuable, how we must treasure each instant of our finite lives when we are healthy, young and spirited; because in a time of loss, during moments of sickness, lost and forgotten time will not catch up with us to remind us of who we were.

It is his world I miss, his world I don’t want to let go of. It is a world where he and I are young. He is on a football field and I am at school. So different, our worlds meet on a Saturday afternoon, thanks to a cathode tube, and his world becomes finely intertwined with mine. That’s what I’ve lost; why I’m silently crying.

And as I prepare for a new tomorrow where my responsibilities do not allow me to be nostalgic, I thank my unsung hero for having given me so much joy, for having shown me so much perfection.

I had your shirt, Colin, and in the cold of a winter afternoon, I did not play football at Maine Road; I played pretend in a field in North London. There were no teammates, just my younger brother and I. And as I swerved between imaginary figures defending an empty goal, I looked up to the sky and saw your shadow wanting me to go forward. I did, captured the ball from my brother, and made it fly into an empty net. “What a goal,” I shouted into the non-existent stands. “Colin Bell scores a screamer.” And with frozen fingers and muddy shorts, we headed off home through the hole in the wire fence. We were told so many times not to play in the playing fields belonging to a school that wasn’t ours. But we kept on going back, despite the warnings, because when I was a kid, being you was so, so important.