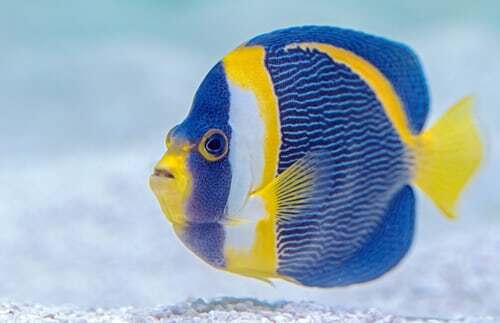 I warned you some time ago that French fishermen wouldn’t let the Brits get off lightly with what they like doing best – being Brits. As the sun sets on the cold water separating the rest of the world from the beginning of the world, nasty little Frenchies are stocking up on inflammable car tyres and getting ready to grab what is rightly theirs – the little fish swimming peacefully off the Dorset coast.

I must admit that I’m caught between two fishing nets here. My British upbringing and sense of humour tell me that the Brits are right to want to keep the fish they’re going to sell to the EU, anyway. But how can I be against a country that has given me a burgundy passport with the words “Union européenne” boldly written on its cover. So I’ve got an idea – let’s give the last word to the little fish themselves via a referendum. Remember those? The question would be a straight choice: Who would they prefer to hall them out of their delicate ecosystem, the frogs or les rosbifs?

I fear, though, that a referendum in the marine world will be just as flawed as the one that took place in the UK. And, as luck would have it, I wouldn’t be able to vote, yet again. Makes me want to turn vegan, and who could blame me?

The Brits want to take their waters back (I’m referring to water in the sea, of course), so Brexit-bound Britain is to pull out of the fishing agreement, meaning that EU fish who just happen to find themselves in British territorial waters at the time of Brexit will feel just as vulnerable as EU citizens in the UK. This is just another example of “taking back control” and “no EU interference”. The UK is quite capable of depleting the fish stocks without the help of the EU.

The EU will, of course, come up with its own proposals:

But the Brits have promised one net for all. Just adjust the size of the nets, ignoring EU regulations that won’t apply, and the little fish won’t have time to go to school anymore (a poor joke, I admit) and grow up.

Such misery for Ann Widdecombe, a 70-plusser who resembles an aging and desperate dragon suffering from whooping-cough. She even admits that she’s “off,” which would account for the funny smell that lingered after her outburst at the European Parliament. But, more importantly, in less than two minutes, she has contributed to global warming by emitting foul language and greenhouse gases.

{…} the powers that be, have decided to actually increase the size of fishermen’s meshes, thereby reducing their income by 40 percent. That’s what you do here, that’s why we’re going, nous allons, wir gehen, we’re off. – Ann Widdecombe

I must mention “en passant,” that it’s “nous partons,” and not “nous allons.” But I digress. 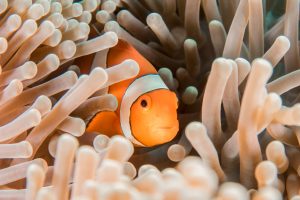 Yes indeed, indeed yes. Those monsters from Brussels are at it again, three eyes or not. What on earth made them decide to want to try to protect tiny little fish from being caught in a net whose mesh is just tailored for killing anything that moves. Fish of the Channel and North Sea, you are warned not once or twice, but thrice. Off with you! Come on, shoo! You had better shoo lest you be caught in a net “made in the South West.” Is it not better he who is harassed and pursued but not caught?

But my true compassion goes for…Persian cats residing in the UK. Who is not to say that the UK’s next step will be directed against those who, from Iran, are threatening to take over your good old British moggy’s sleeping basket? That’s worth paying the price of Brexit, surely.