Plus ça change, plus c’est la même chose, the more it changes, the more it is the same thing. The EU and UK have done it again, and our EU rights, as British citizens living elsewhere in the EU, are close to being officially trampled on. The British fish, swimming in the North Sea, are likely to get a better deal than we are, retaining their freedom of movement, in order to escape the nets of greedy UK and EU-27 fishermen. According to Jane Golding, fighting relentlessly on behalf of the British in Europe, “as things stand, after Brexit, English cheddar will have more free movement rights than we will.” It does seem that food, the EU, and the UK, are getting the better of us.

There have been changes in the text, since the EU draft, but the message sent out from London and Brussels, remains unchanged. Poor, unsuspecting citizens, who just happen to be in possession of a Burgundy passport with a royal crest, are running the risk of seeing their wings clipped, and locked in a cage.

This beautifully phrased “Article 32”, pinnacle of human freedom, has all but disappeared from the latest EU/UK installment of a soap opera that’s well past its sell-by date. And this is rather worrying because I’d rather have somebody insult me, than not talk about me, at all.

Having British-French citizenship, I am fully aware that this article does not concern me. Yet, this is the third or fourth post that I’m writing on the subject, including a published opinion piece in Trouw, a Dutch national newspaper. Trouw published a reply, written by a Law and Immigration professor, whose views were that this onward “freedom of movement was not enshrined in law, but a starting point for a region that the UK didn’t want to belong to anymore.” Law or no law, the principle of freedom of movement is well and truly embedded in the Lisbon Treaty, and a founding argument belonging to our dear friend, Guy Verhofstadt. This brings us back to whether rights acquired under treaties can be retroactively removed – but I’ve already dealt with that nutmeg.

In the article, I also wrote that I found it strange that, after 20 years living in the Netherlands, I would have to justify my right to residence, to which he replied – “he [that’s me] finds it strange that he must prove his right to residence in the Netherlands, whereas it is the UK who wants to take back control of the influx of foreigners, especially from the EU.” Well, I was warned about lawyers’ logic, when in the aftermath of the referendum, I asked the Dutch Dental Association if they could say anything about continued recognition of my UK dental degree. I was reassured that, “it seems logical to us, that Englishmen who qualified in the UK can always come back and be recognised here. But, naturally, jurists don’t always work following the logic of dentists.”

The law professor’s logic that, because the UK does it, don’t be surprised if we do it too, only confirms that lawyers have a logic of their own. If such people are discussing and negotiating Brexit, not only are Britons in the EU bargaining chips, they are currently being covered with copious amounts of mayonnaise, and are ready to be consumed.

But where has Article 32 gone, why has it gone, and what has it been replaced with? Has our fate – concerning freedom of movement – been sealed? And have we been sealed, too, in the country of residence at the time of Brexit? Are we doomed to be imprisoned on the sun-drenched beaches of Marbella, or in the snow-covered Latvian forests?

Once again, although this post is mildly sarcastic, and potentially toxic, I do want to stress the importance of clarifying once and for all, what will happen to all the EU rights of all EU citizens, during and after Brexit. This is not about being able to wander from one EU-member state to another, with a rucksack on your back. This is about British citizens whose very survival is dependent upon their mobility. Whether it concerns you or not, we must all keep on shouting, writing, or doing what we do best, in order to defend those who most need our citizens’ rights to be upheld. 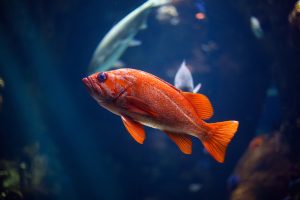