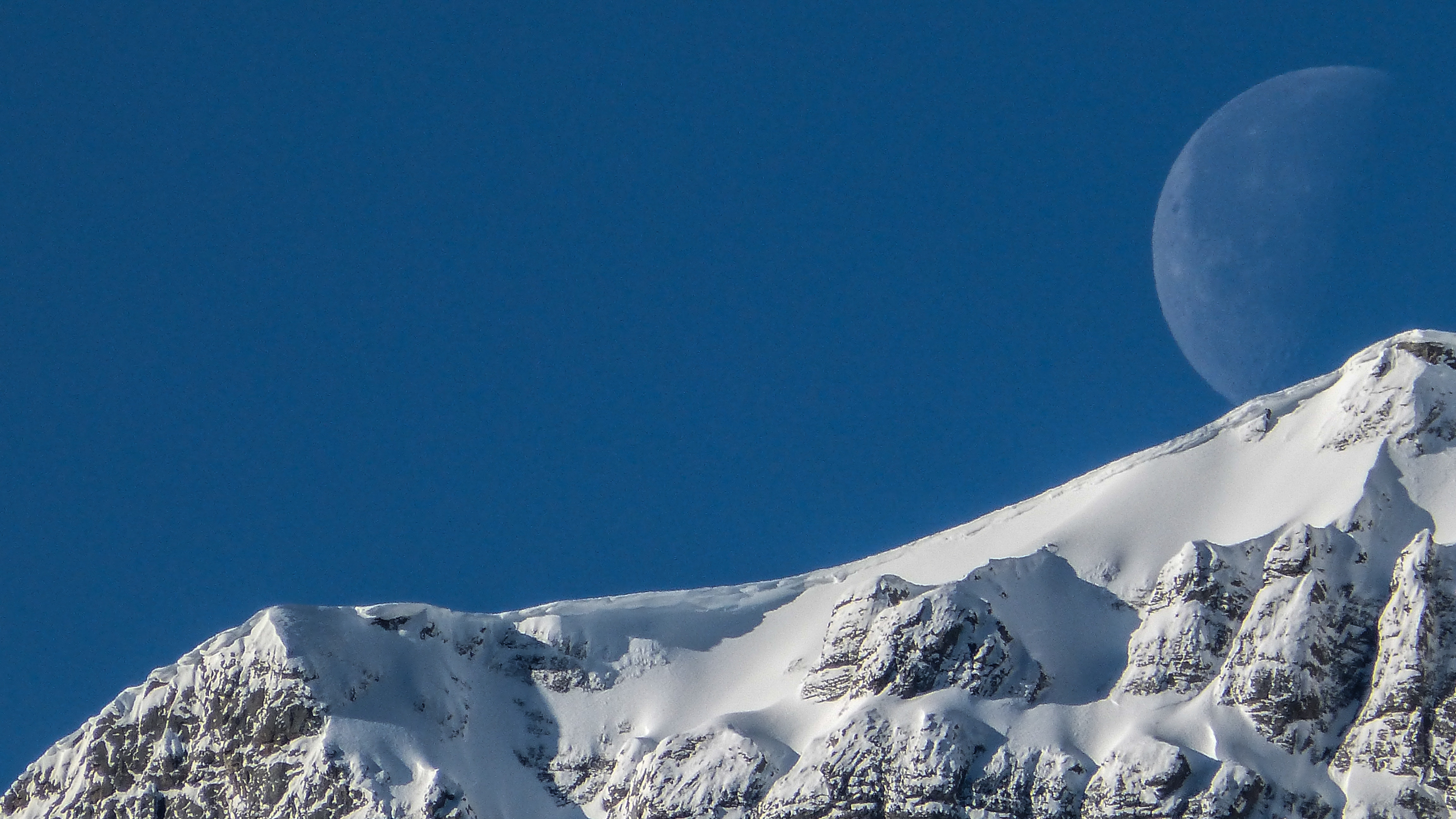 At about twenty past six, on Sunday 15th April a feeling of profound bliss penetrated the very heart of my soul. Something so powerful, that it made me clench my fists and cut the air with my folded arms. It was a feeling that made me forget about a troubled world, the looming prospect of Monday morning, and even – dare I say it – my son. The man who was responsible for my intense emotions responds to the name “Jay Rodriguez” and is, by trade, a professional footballer at West Bromwich Albion. He just happened to be at the right place, at the right moment, and stuck out a leg that defeated Manchester United. Manchester City were champions, without having to kick a ball or their opponents. This occurred much to the dismay of my son who, born in Holland, supports Ajax and…The Red Devils at Manchester United.

The Red And The Black

“So what?” might you ask. It might not matter to you, but it means the world to me because, since the tender age of 10, I’ve been an unrelenting supporter of Manchester City. This probably sounds strange, since I was born and brought up in London, and my sense of belonging to a community didn’t extend beyond Green Park. 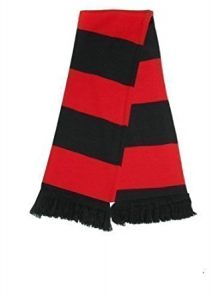 It all started with a black and red scarf I wore to go to school, that labelled me as a City supporter. To this day, I still do not know why I didn’t just say that I had no interest whatsoever, in 22 players chasing an overinflated balloon. Instead, I had to put my mouth where my scarf was, and learn about football and City. Looking back, I realise that it could have been worse. In the drawer next to the one containing the black and red scarf, was another scarf – black and gold. Had I picked that one, to go to school, I would now be supporting Wolverhampton Wanderers. I suppose it’s the luck of the draw or, in my case, drawer.

It did eventually become fun, though, watching the exploits and failures of eleven grown-up men, as free as their sky blue home kit suggested, or imprisoned in black and red stripes, away from Manchester. I’m referring to the time when City was unstoppable at home, and quite awful, away.

If I had been honest with myself, I would have supported my local team, which happened to be Queen’s Park Rangers. At least I could have considered myself as a true supporter, and talked about the team as “us” instead of “them”. As I grew older, and started to realize that football was a little bit more than just kicking a piece of leather, Manchester City FC became part of who I was. Whenever they came to London, I would go to the appropriate “enemy territory” and vociferously follow my idols. It became an obcession, similar to that of all the other supporters. What a difference a victory would make, when I arrived at school on the Monday morning. But what if they lost? We all have to face up to difficult decisions. But none more so, than having to enter a classroom the day after City had lost 1-0 to Chelsea, in the semi-finals of a European competition. The French school that I went to, was situated in South Kensington – and that’s Chelsea territory, big time.

But even now, approaching the autumn of my life (although I do feel like it’s still summer), I ask myself why I still get so emotional when I see several tattooed young men zig-zag across a grass pitch that would have been more suited for growing tulips than for kicking a football. It’s half a century, since Francis Lee and numerous others, walked into my life, courtesy of a black and red scarf. City were champions then, and they are champions now. The fact that the present City players cannot speak a word of English between them (well, that’s not exactly true), is neither here nor there. In fact, being partial to foreigners myself, and living in a country that, basically, has nothing to do with where I was born, makes me even closer to City, and more than capable of identifying myself with their tutti frutti.

Researchers have been investigating what exactly makes football supporters tick, and why they remain so faithful to a particular football team, irrespective of the team’s results and status. For Martha Newson, working at the Institute of Cognitive and Evolutionary Anthropology, at the University of Oxford, “fusion and lifelong loyalty are not merely a reflection of past time investment in a group, but also reflect a deeper, memory-based process of feeling personally shaped by key group events, both euphoric and dysphoric.” Her results suggest that,

Feeling personally self-shaped by club events (e.g., crucial wins and losses), rather than time invested in the club, leads to greater identity fusion to one’s club. In turn, fusion engenders a sense of lifelong club loyalty.

The author is absolutely right, of course. When I watch the City of 2018, my mind goes back to the City of the 70’s. I picture myself getting out of bed, having been forced to go to sleep at 9.00, tiptoeing my way to my father’s dressing room, and “borrowing” the small Panasonic radio, for another hour. It was match-night at Maine Road. I never did put the radio back in its proper place, and my father didn’t even notice. As I got older, and could listen to radio commentaries legally, I remember vividly listening to City playing AC Milan in a European competition. Former Red Devil, Brian Kidd, was turning into a sky blue angel, and City won 3-0.

The week-end before Manchester United’s infamous defeat, saw the umpteenth Manchester derby, where the blue and red halves of Manchester lock horns for 90 odd minutes. The winner takes all – at least for the current season. This year was special, because City could have beaten United, and won the title, there and then. A City victory would have ranked just as highly as the one obtained all those years ago, when Dennis Law – a former United legend playing in a City shirt – inadvertently back-heeled a ball into United’s net, condemning them to second-tier football. It would have ranked as highly as City’s 6-1 victory on United’s territory. When asked by my Dutch neighbour, how I felt about that victory, I jokingly replied that, “it’s better than sex…” Was I so far from the truth? 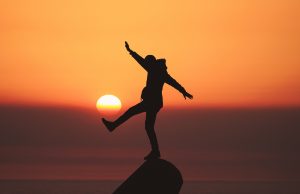 Football players come and go, like wandering stars searching for immortality. Supporters stay on, catching each new idol who plays for their team, in a web of unfinished dreams, forgotten disappointments, and renewed hopes. When City were playing in the third tier of English football, they were still attracting average crowds of over 28,000 for every home game.

I was by chance in Amsterdam, the day that City were playing United. Not wanting to see my son disappointed by City winning and being crowned champions, I decided to watch the match in an Irish pub that I knew of, in the centre of Amsterdam. The owner was a City supporter, as underscored by the huge City emblem, hanging proudly behind the bar. To my disappointment, both were gone, and the atmosphere was rather subdued for something so passionate as a Manchester derby. I sent my son a WhatsApp, at half-time (2-0, CHAMPIONS), to which I got a reply (2-3), at the end of the match. I knew that I was heading home to be greeted by a cheering, and somewhat sarcastic son.

Being a football supporter, even from afar, is an exhausting and stressful business. But that is probably what makes it so addictive. On my way home, secretly reflecting on all the possible ways that City could still lose the title, despite their 13-point lead over United, I realised that I had been there so often before. From Sergio Agüero’s last second goal, in 2012, all the way back to that European semi-final agony against Chelsea, via the League One play-off final in 1999, where City were losing 2-0 against Gillingham, approaching injury time, before staging a miraculous comeback.