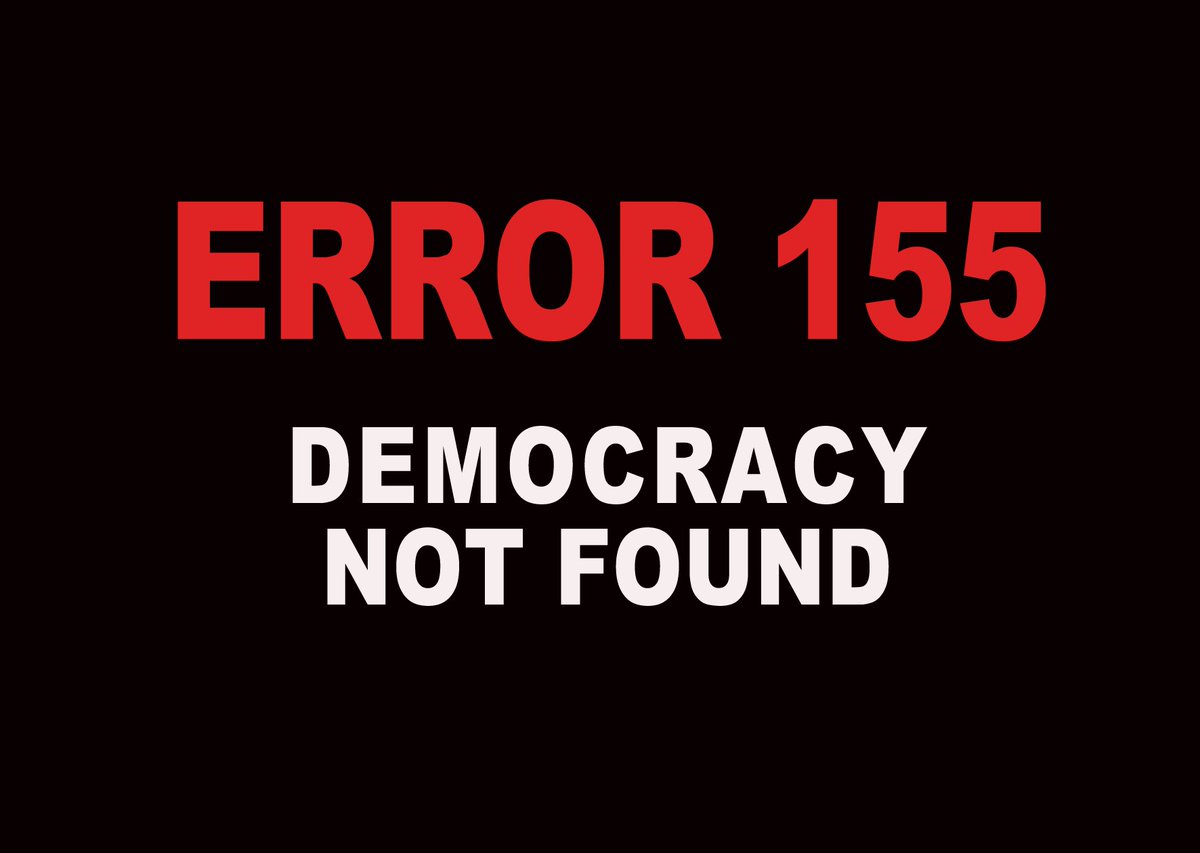 Too much democracy can create its own special type of tyranny.

Some time ago I wrote a post entitled, “Democracy menaced by…democracy,” concerning what I believe are the dangers of holding a referendum in a parliamentary democracy. With March 29th 2019 fast approaching, and an EU/UK deal far from being certain, the demand for a second referendum – the people’s vote – is gaining momentum, and was debated at the Labour Party Conference, in Liverpool. By the look of things, the people’s vote is causing just as much division as the Brexit vote did.

We’ll be arguing that it should be a vote on the deal itself, and then enable us to go back and do the negotiations. – John MacDonnell (Shadow chancellor)

Nobody is ruling out remain as an option. – Keir Starmer (Shadow Brexit secretary)

If you deliver a deal that includes a customs union and no hard border in Ireland, if you protect jobs, people’s rights at work and environmental and consumer standards, then we will support that sensible deal. A deal that would be backed by most of the business world and trade unions too. – Jeremy Corbyn

I agree with the premise that the option to remain in the EU should not be part of a second referendum, if there were one. Remainers may well insult me for my views, but if they do, their insults will not be in the name of democracy.

The fundamental problem, of course, is that the 2016 EU referendum was such a shambolic affair, that it was not worthy to be called democratic. The vast majority of those who voted to leave the EU was not capable of knowing what the consequences of the decision to leave would be, and still does not know. The political parties were also unprepared for the eventuality of the UK leaving the EU. Such a lack of preparation made the referendum campaign worthless due to the absence of proposals concerning the future of the UK.

It is abundantly clear from opinions raised before and after the referendum, that average knowledge concerning the functioning of the EU and the nature of its institutions was, and remains, extremely sparse. I heard a voter who had voted leave, voice her surprise when she heard what the European Court of Justice actually did and who it served. This lack of knowledge serves to reinforce the power of an already powerful press, reflecting an increase in politicisation, but not expertise, during a referendum campaign. Alluding to Canada’s Charlottetown Constitutional Accord of 1992, Mendelsohn and Cutler conclude that,

[…] the campaign did not transform an otherwise poorly-informed citizenry into a community of political junkies.

Referendums are characterised by a simple “yes/no” answer to a question of local or national importance, ranging from the building of an extra airport runway, to the country’s adoption of abortion legislation. But the greater the complexity of the question asked, the less obvious a straight “yes/no” answer becomes, and the risk of obtaining answers that do not reflect the question asked increases significantly. It is quite possible that in voting for Brexit, many people were voting against London rather than against Brussels. What is certain, is that the voters did not vote on how to make the UK a better place, because that was not included in the referendum question.

I think it is a mistake to just ask yes or no when you don’t ask people how to improve the situation and to explain how to improve it. – Emmanuel Macron

It is noteworthy that the vast majority of those fighting for a people’s vote belongs to the Remain camp. It is not far-fetched to extrapolate that by wanting the option of remaining in the EU, as well as that of accepting a deal or no-deal, the Remainers are hoping that the result of the 2016 referendum be overturned. If such a choice of options were available on the ballot papers, it is more than likely that a large number of young voters who did not vote in 2016, would turn up this time around and vote to remain. Their participation in a people’s vote could sway the result in favour of remaining in the EU, thus undoing the original referendum result.

Certain supporters of the people’s vote insist on the fact that the vote is solely about the nature of the deal reached with the EU. But what if no deal is reached? Should the UK be able to overturn the result of the 2016 referendum, and go against the “will of the people?” Should we accept that the UK leaves the EU without an agreement, or should the UK’s democracy be tampered with, once again? Whereas a large number of politicians insists on respecting the 2016 referendum result, I ask myself if all those who marched in the streets of London and other cities, share the same views on democracy as the politicians. 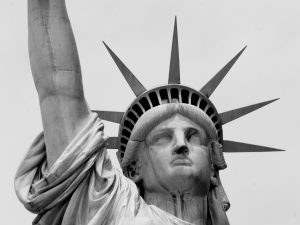 It’s becoming increasingly clear that the UK doesn’t know what to do with the democracy that is so cherished by its people. Deviant use of a referendum only undermines democracy with more democracy. Used under false pretences, a referendum has the potential to lead to tyranny. It is a tyranny that is accepted by all, in the name of democracy, and perpetrated by those who demonize any assertion of difference, any failure to fall into line. It is akin to the “soft despotism” described by Tocqueville when he wrote about democracy in America.

After having thus taken each individual one by one into its powerful hands, and having molded him as it pleases, the sovereign power extends its arms over the entire society […] it does not destroy, it prevents birth, it does not tyrannize, it hinders, it represses, it innervates, it extinguishes, it stupefies, and finally it reduces each nation to being nothing more than a flock of timid and industrious animals, of which the government is the shepherd. – Alexis de Tocqueville, Democracy In America

The UK establishment wants to take over from Brussels and, ironically, this “soft” despotism can be brought about by using the very same tools that are supposed to uphold democracy – the most potent of which, being the referendum.

It is worrying that most people do not even realise the true dangers of holding referendums in a country that is not mentally mature or well-trained enough to hold them. For the late Michel Rocard, a former French prime-minister, the referendum is, “a national excitement where we put everything into one pot. A question is asked, people ask themselves others, and come to vote based on reasons that have nothing to do with the original question.” 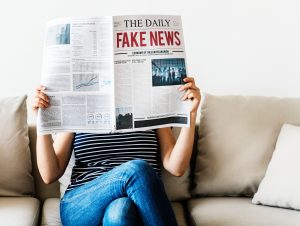 I recently shared a newspaper article that ferociously attacked the possibility of holding a second referendum, on social media. A response I got was, “Written last December, nothing to see here, move on.” No, Sir, I will not move on, because although the article is dated from December 2017, the sensationalism that the article contains, goes on for ever.

The call for a second referendum harkens back to the Lisbon Treaty shambles in 2008-9, where the Irish were forced to consecutively vote until the establishment got the answer they had intended. This democratic charade didn’t happen the once, but another two times in fact. Denmark was ordered to vote again on the Maastricht Treaty, and Ireland again on the Nice Treaty. In all cases, the will of the people was ignored to favour our technocratic masters. The EU, in this case, is like a sore loser refusing to accept its loss. – The Independent, December 17, 2017

Whilst it is true that Denmark and Ireland voted twice to ratify the Maastricht and Lisbon Treaties, respectively, the second referendums were held once Denmark had opt-outs, and Ireland obtained concessions. The same applied to the Nice Treaty, where Ireland obtained guarantees on its policy of military neutrality from the European Council.

The above example only underscores the fact that in order for a referendum to serve its purpose and not undermine democracy, people must be correctly informed and not just accept vicious calumnies and lies offered to them by the press, partisan politicians, and demagogues. In order to do that, the UK electorate must be mature enough to be able to differentiate between what is true and what is not so true.

Even the utterance of a second referendum insults the very concept of our precious democratic system, and its undermining should outrage us all. It is an open attack on our individual freedoms – to say no, and have the establishment take us seriously. – The Independent, December 17, 2017

Democracy is akin to Ariadne’s thread – a thread that leads us along the path to progress. It is a fragile thread which, if stretched in all the wrong directions, may snap and no longer be able to guide us. Making progress involves making the wrong decisions and learning from them, as well as the ability to say “no,” the consequences of which, must be respected. Only organising a second referendum with the option to remain would, “insult the very concept of our precious democratic system.” Unless, of course, the Brexiters decided to join in, having admitted their doubts. If that were the case, it would be democracy at its very best.