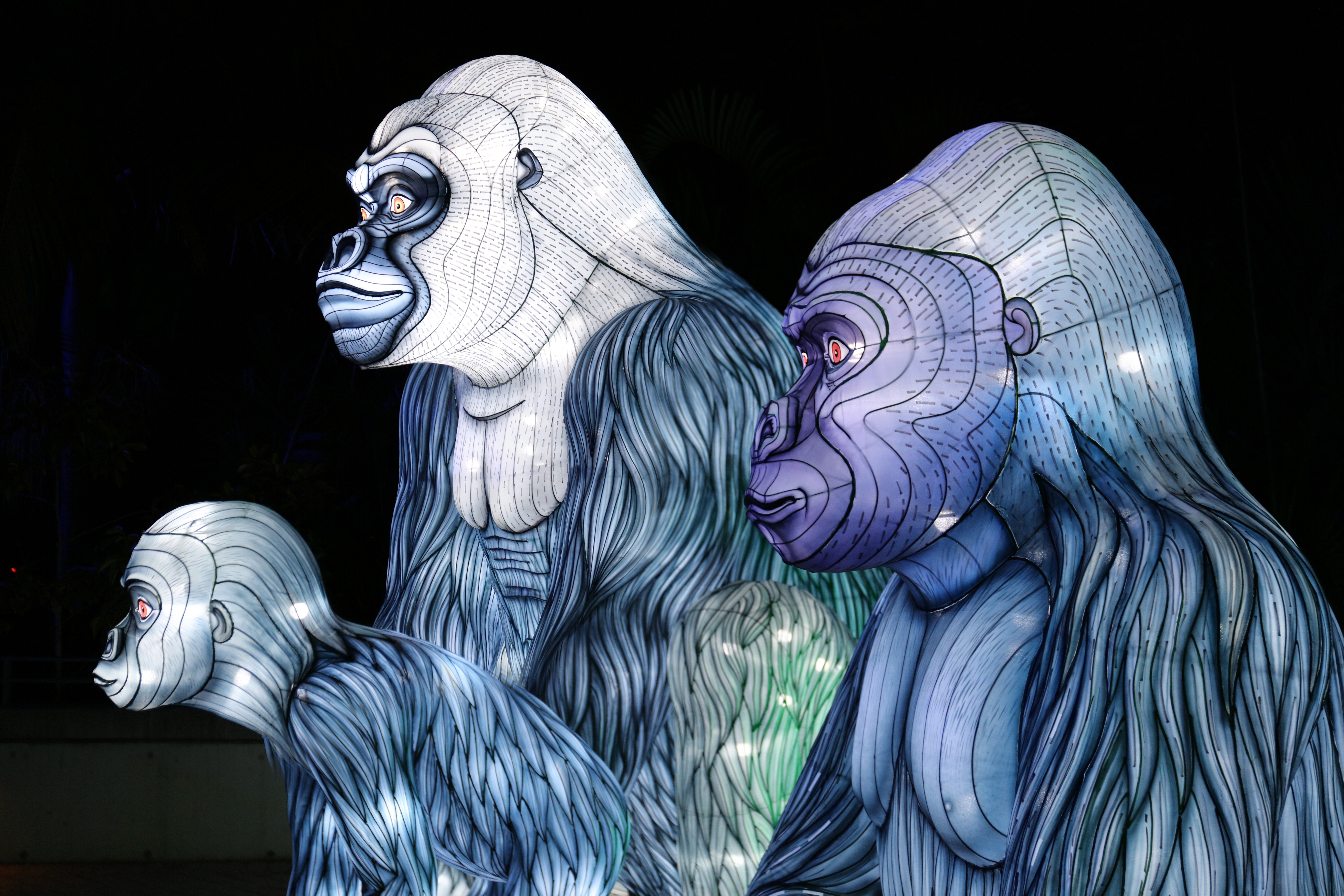 In 2016, the UK witnessed the appearance of a new “species” of citizen – Homo brexitus. I certainly do not use this description in a pejorative way. It’s just a term that I found useful – before the Guardian did – to describe the citizens of my motherland who “fell out of love” with the EU or with the idea of the EU, and voted Brexit.

They were dreaming of a New World that would be a carbon copy of an old world, the very old world of Queen Victoria. Brexit was a political will to attain a philosophical dream.

It was to be a new society, self-control – and it sounded great.

The only trouble was that the leader of this new species – who did not really belong to the group – had no idea about how the New World would be made, because there was no Brexit plan to be found. Had she just bothered to clean the kitchen cupboards of number 10, she would have come across a devilish plan that was just waiting to be executed and would have saved us all the trouble of Brexit. The plan had been placed 40 years earlier, and lay dormant between 2 unopened packets of Rice Krispies in the kitchen of number 10. It was just a shame that Theresa May preferred Coco Pops to Rice Krispies. Opening the Rice Krispies family packs, instead of leaving them dormant in the cupboards, would have changed the destiny of the United Kingdom, because this is what she would have found: 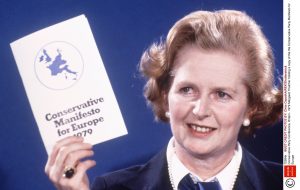 According to philosopher Jean-Jacques Rousseau, the whole of society revolves around property. So had the Leavers been given a semi-detached house with a rose garden, plus little extra’s, like a local hospital that’s not understaffed, a half decent school that runs itself, 3 A-Levels for those snotty nosed teenagers, and a job for life, they wouldn’t have even noticed that the UK was in the EU.

So what went wrong?

Well, Homo brexitus happened. There was no going back, unless you radically changed his environment so that he could have returned to the way he was, 43 years before the referendum – a citizen full of hope for the UK, and hopelessly in love with Europe.

In the beginning, the UK voters were – at least for 70% of them – head over heels in love with the Common Market. With advancing years and changes of government, things in the UK got more and more out of hand. Conservatives and New labour were just as similar as Tweedledee and Tweedledum. The richer got richer and the poorer got poorer. Sunderland and Stoke had never been so far away from Kensington and Chelsea. Unfortunately, the situation had got untenable, and Homo brexitus evolved.

In 2016, he had fully evolved from his 1973-ancestors into a fully “disillusioned with the establishment” voter. But do note that Homo brexitus was profoundly disillusioned with the UK establishment, and not Europe. It is highly likely that he had no views on the EU because the EU was, literally, foreign to him. His anger was more directed against Westminster than Brussels. But why then, did Homo brexitus vote for Brexit? The answer lies in the appearance of another type of human – lovingly known as the “Straw Man” – and how Homo brexitus was misled into voting for Brexit.

The Straw Man’s fallacy comprises substituting a person’s actual position or argument with a distorted, exaggerated, or misrepresented version of the position of the argument. When the Remainers praised the EU for its defence of free movement of goods, services, capital and persons, the Brexiteers equated freedom of movement with uncontrolled immigration. It wasn’t any sort of immigration either – it was the refugee kind of immigration. Nothing to do with the French or Dutch, this was about the Syrians. If you don’t believe me, take another look at the billboard featuring Nigel Farage in front of thousands of dark-skinned  men, women, and children, with the chilling catch-phrase “Breaking Point”. As if all these people had EU passports and could freely move to the UK which, by the way, doesn’t form part of the much despised Schengen Area – synonymous with free movement without passports. Could all these migrants really come to Britain legally? Of course not. The argument concerning immigration from EU countries was brilliantly distorted, exaggerated and misrepresented by the Leave camp, and Nigel Farage in particular.

The former UKIP leader made it absolutely clear that foreigners were threatening to take over the UK’s towns and cities. Not hearing a word of English before the London underground train reached Green Park was, for poor Nigel, a real cause for concern. The fact that Farage himself admits that he’s no good at languages, and that London gets millions of foreign visitors every year is neither here nor there.

Farage was, of course, the leader of the extreme right-wing party UKIP. However, inciting racial hatred is not only the trademark of politicians belonging to extreme right-wing parties. Middle ground politicians can also, willingly or not, make remarks that will fuel the already hypochondriac and/or paranoid voter’s mind. A good example of this is to be found in a speech made in 1991 by the French politician Jacques Chirac.

Add to that the noise and the smell, and the French worker goes crazy. – Jacques Chirac, 1991

He was alluding to the fact that France could no longer “afford” handing out benefits to what he called “polygamous immigrants”. He added that due to the noise and smell coming from an immigrant’s council flat, it was no surprise that his French neighbour would “go crazy”. Well, to be honest, if my neighbour were playing loud music and having a barbecue at 3 in the morning, I’d go crazy too.

Chirac, of course, went on to become president of France, but not without criticising his predecessor, François Mitterrand, for an “overdose” of immigrants.

Noise, smell, overdose? Sounds more like the back streets of the Red Light District in Amsterdam. Not that I would know anything about that, of course.

One of the impressive things about paranoid literature is the contrast between its fantasized conclusions and the almost touching concern with factuality it  invariably shows.”       R. Hofstadter, 1964

The historian Richard Hofstadter, in an article published in Harpers Magazine in 1964, described what he called “the paranoid style of American politics” as “an old recurrent phenomenon in our public life which has been frequently linked with movements of suspicious discontent.”

The technique is simple and effective. All you have to do is “predict” that if nothing changes, the whole of society as it now is, will collapse. Political systems will fail and moral values disappear. Nevertheless, the voter has a unique opportunity to avoid certain disaster by casting his vote in the ballot box. The “point of no return” will have been avoided.

In fact, during the referendum, both sides tried to play on people’s fears: collapse of the financial markets on the one hand, mass immigration and its consequences on the other. The contest was a foregone conclusion. Voters could hallucinate much better over the unavoidable invasion of the UK by European migrants than over the loss of a few pounds in the City.

For the overwhelming majority of those who voted “leave” on June 23rd 2016, money from the City had no smell, but European migrants did. We have to thank the Straw Man for that.

The EU referendum was the once-in-a-lifetime opportunity for the UK government to really listen to the masses.

It was really a case of Vox Populi, Vox Rei, as the Romans used to say. The voice of the people is the voice of God. Not forgetting, of course, Vox Sports…

And what did the voters say to the “In/Out – Shake it all about” question? 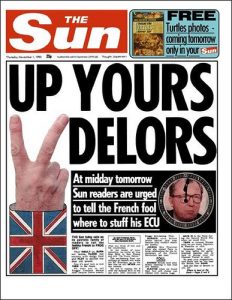 Well, that was all European water under the bridge – or is it over the Channel Tunnel? It happened such a long time ago. The UK never joined the Euro anyway, and Jacques Delors didn’t even take notice.

What follows is a short clip showing why people REALLY voted to leave the EU.

What about the Brexit voters?

The first two voters, featured in the clip, are a layabout son and his father. The son has been intoxicated ever since the referendum campaign started, and doesn’t even realise that Brexit hasn’t actually happened yet. In fact, he can’t even remember where and how he voted. As for his father (2nd interview), he actually thought that his whole family had told him to “vote out”. In fact, he was being told to “get out”…of the house…for good. He came back home absolutely rat assed once too often.

As for the lady who says she wants her country to be prosperous once again? Theresa May could well save £350m per week in EU contributions, but it looks like she’s going to have to use most of that money for Northern Ireland in order to gain DUP support.

…And the Remain voters?

Well, they’ve got it spot on haven’t they? Yes Britain is too small to be great, although does size really matter when you’re having fun? And, yes, being against immigration is really terrible, especially when it’s directed against foreigners.

But I keep the best until last. The sweet lady who wants homegrown pineapples from North Cumbria and oranges from Tyneside. Well, if the UK doesn’t respect EU policies on the environment after Brexit, maybe her wish will be fulfilled. But is she really serious about home-made produce? I spent a few days in Norfolk, a few years ago, and was treated to mushy peas, soggy chips and undercooked beans. A gentle reminder of why I left in 1984.

But once Brexit has happened, this particular lady will be able to get rid of her IKEA modular sofa interior design set, and replace it with a Chesterfield sofa and oak coffee table, made in Britain. Delivery time (estimated): 1.5 years.

Yes, she really is back in Britain. Time to open the bicycle shed and get out her secretly hidden Austin Allegro, and paint the town red. British red and not EU blue. No more EU regulations – the UK can dream of making UK cars designed to run on UK roads. Remember the Austin Allegro, with its psychedelic steering wheel that hadn’t decided if it was going to be circular or rectangular, and ended up being neither?

The steering wheel of the afore-mentioned Austin Allegro does not conform to EU regulation CE18/963, 63/789, and 32/45. CE1563 certificate clearly states that conformity to the above mentioned regulations is a prerequisite for vehicle use on all roads in the European Union.

With a month to go until Brexit Day, Westminster is desperately trying to keep in line with the illogical rationality of the Brexit vote, or the rational illogicality of the 2016 referendum. It’s the same difference, whichever way you look at it. Everybody seems to have the answer, but no one has the solution. Brexit is just exceedingly confusing, and terribly British.