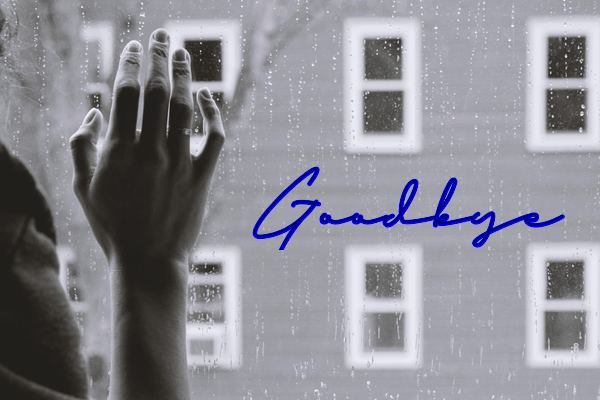 Theresa May has finally realised that nobody actually likes her and many more even hate her – as a politician, that is, not as a person. I am not to judge what sort of person she is.

If I’m honest, there’s a part of me that feels sorry for Mrs M. She reminds me of a typical mother-in-law with whom you constantly quarrel but who makes you feel terribly sad when she is no longer there. Let us pay respect where respect is due. Here is a woman (she is a woman, isn’t she?) who has spent three years cleaning up a man’s mess – or five men’s mess to be precise!

Let us not be judge of Theresa May’s honesty. She really was trying to get the UK out of the EU and believed that the UK’s future was bright, being UK red instead of EU blue, in the same way that she was convinced that the UK was better off in the EU.

Now, methinks that either she was lying in 2016 or isn’t telling the truth now. Take your pick, but maybe Theresa May has just grown much the wiser after one “digestif” too many in the company of those awfully nice people from Brussels.

But who, unlike Theresa May, is going to finally come to terms with the EU – that overgrown monster that spends more money on trying to keep warm that actually helping others? Many have tried before, a few will try again. But all have failed. Theresa May’s quest to tame the monster that inhabits the woods beyond the white cliffs of Dover goes far beyond the capabilities of mere mortals and demands courage and temerity that defy humans and challenge the Gods.

The emotion engulfing Theresa May was there for all to see, the passion was felt by all. And in the midst of such emotions of the soul and despite the tears, the monster of Brussels continues to expand, destroying every passion known to man, levelling each contradiction with endless regulations and whims that reach and touch the distant depths of fantasy known as Federalism. The EU should have reformed, Britain should have reformed, they should have reformed each other and, above all, we all should be thinking differently about the world that surrounds us, a world that comprises more human contradictions and quarrels than are necessary for human consumption, and less water than ever before.

The trap lies not in being part of the European Union; the trap is in the lie and the irresponsibility that can destroy it. – Emmanuel Macron

The Europeans have grown stronger from their quarrels.

Mrs May, you are not the only one who loves your country. Deep down it is my country too and will always remain my country. But I am equally European, a Europe full of contradictions that has submitted to the world its logic and its reason. The Europeans have grown stronger from their quarrels – Catholics and Protestants, the Enlightenment and the Romantics, Liberals and Marxists. All have contributed to make Europe what it is. We thrive on our differences, we learn from our contradictions, and we move forwards.

I am European, but if you ask me what it is to be a citizen of the EU – if such citizenship exists and, indeed, is advisable – I will hesitate to give you a convincing answer, not out of lack of awe for this wonderful institution that has given me my freedom in a peaceful world, but because the EU has become like abstract art, incomprehensible for most of its citizens. Added to that, the notion of European citizenship may be perceived by some as a threat to or replacing national citizenship and identity.

The EU is not ready or willing to reform in order to fight back the threat of nationalism that is so characteristic of Brexit. It is time to wake up and not kick out the noisy pupils, but reform the classroom in order to accommodate them. Only a fool will say that the EU will be better off without the UK, but as Dutch prime minister Mark Rutte so rightly says, the EU “must deliver on its basic promises of prosperity, security and stability. If it doesn’t, “people will start believing the false promises and pipe dreams of the political extremes.”

The EU can be proud of its achievements but must go beyond the well-used slogan, “never again,” referring to the atrocities of WWII. It is no longer enough for the EU to defend itself solely by saying that it has brought peace to Europe for more than 60 years.

Brussels must realise that it has enemies – Trump who declared the EU as being a “foe,” Erdogan blackmailing the EU with refugees, Putin and his cyber-killers, and Jinping with his silk route that threatens to choke us. Each of them brings a particular brand of nationalistic rhetoric that goes down well with their respective people who remain trapped within the confines of authoritarianism. It is a rhetoric that the people can identify with.

It is precisely the lack of EU identity that makes it difficult for Europeans to identify themselves fully with the union, even those who, like myself, are unambiguously pro-EU. Fundamental values that contribute to identity must first be defined in order to be used. Examples of such values comprise human rights, freedom of conscience, and cultural freedom that all contribute to the establishment of a democratic society. The EU may have a single market and a single currency, but is characterised by multiple democracies, of which some are more democratic than others. Certain member-states still have a rudimentary notion of what democracy really is, and they should be “side-lined,” to give them time to free themselves for good from the nostalgia of Moscow.

There is a pressing need for a multi-tier union in which certain member-states are more integrated than others. Democracies must deserve to be in the union, and the union must not be scared of criticising and sanctioning if need be. Hegemony must not rhyme with laxity.

Can the EU disentangle itself from its own history, can it wake up from its Federal dream?

Is it better to have a static Europe or a Europe that advances, sometimes at different speeds, and that is open to all? In this Europe, the people will really take back control of their future. – Emmanuel Macron

The EU must enter a period of self-reflection, must accept that universality can only be imposed within a context of pluralism. Brussels must certainly not impose a particular culture or citizenship that it considers to be universal and supra-national, respectively. Brussels must encourage the adhesion of the member-states to values that can be rendered universal. A new ethos must be found, an ethos that is not necessarily based on economics and politics, but on the relationship between Europe’s values, its citizens, and the planet.